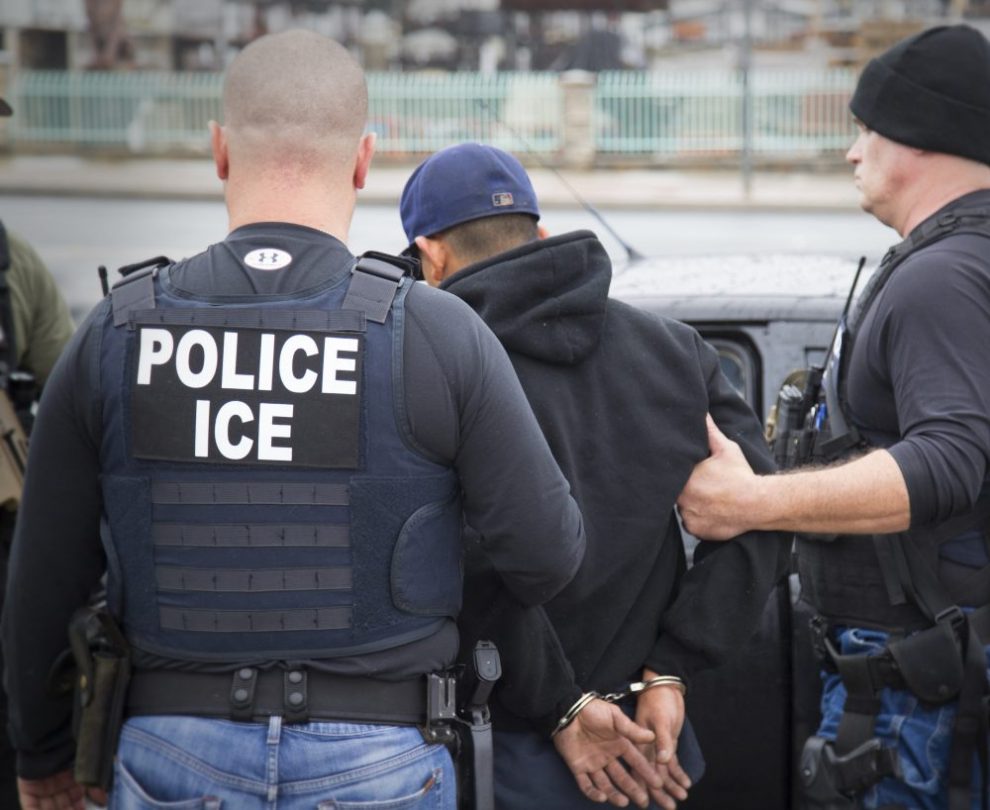 ICE issued a statement: “Since Sunday, ICE deportation officers have arrested more than 150 individuals who are in violation of federal U.S. immigration laws…

“About half of the individuals arrested also have criminal convictions in addition to their immigration violations, including convictions for assault/battery, crimes against children, weapons charges and DUI,” ICE said.

Pelosi’s position is that many of those arrested were not a threat to the safety of anyone.

“The Trump Administration’s raids were a shocking abuse of law enforcement power…. the White House has reached into our communities to indiscriminately detain scores of hard-working, law-abiding immigrants.”

Pelosi pointed out that only half of those arrested had a “criminal record”.

“This raid was intended solely to terrorize innocent immigrant families and instill fear in the hearts of our communities–not to keep Americans safe,” she said. “Parents will now be torn from their children, and spouses ripped away from their loved ones.”

“The Administration continues to brazenly target the cities that refuse to bow to its blatantly bigoted anti-immigrant and mass deportation agenda,” she said. “The people of the San Francisco Bay Area will continue to oppose these cowardly attacks, and we will remain open to the patriotic immigrants who are the constant reinvigoration of America.”

San Francisco, where Pelosi’s congressional district is located, is a “sanctuary city”, limiting its cooperation with federal immigration enforcement agents in order to protect low-priority, low danger immigrants from deportation.

ICE Deputy Director Thomas D. Homan criticized San Francisco and Oakland for protecting illegal aliens to the detriment of their own citizens.

It is a question of seeing the glass half full or half empty. Pelosi decries the arrest of the half of the immigrants who did not violate any other US law other than to live here illegally and who now face deportation.

Homan champions the fact that half had some type of criminal record -and their being removed from their homes for the likely prospect of deportation will make the U.S. citizens of the Bay Area safer.

Trump: video games are ‘violent beyond anything anybody’s ever seen before’
Former FBI Agent DiLaura: Trump should suspend DOJ officials who signed affidavit that [appears to have] deceived FISA Court
Comment