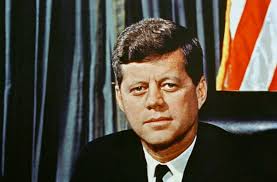 Stone referred to the recent National Archive release of long-held secret documents and records on the Kennedy assassination the release of which was mandated by Congress in the 1992 JFK Records Act.

“Huge portions of the material that President Trump ordered released was unreasonably redacted or withheld by the Intelligence agencies,“ said Stone, ”making much of the material useless to reporters and researchers.”

President Trump ordered that redactions in the records must regard someone who is still living.

“Given the failure of the National Archives to justify their blackout of so much material it is impossible to determine if the president’s orders are being countermanded by Deep State bureaucrats, “ said Stone.

“The government has not done so – the Deep State cover-up continues “ said Stone, author of “The Man Who Killed Kennedy – the Case Against LBJ” which makes an argument that Vice President Lyndon Johnson worked with the CIA, organized crime and Big Texas oil to orchestrate the Dallas, Texas murder of President John F. Kennedy.

Stone, the subject of a hit Netflix documentary “Get Me Roger Stone,” said he would contact Sen. Charles Grassley, Chairman of the Senate Judiciary Committee and Rep. Walter Jones to seek enforcement of the requirement that the redactions in the recently released documents be explained.