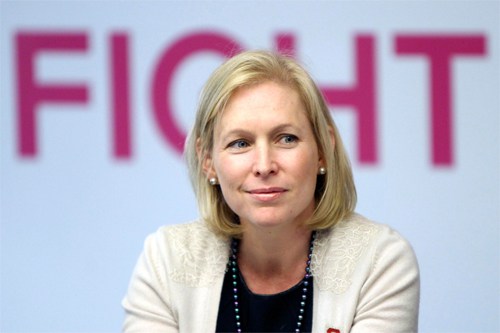 New York’s imbalance of payments with Washington exacerbates the crisis

“With over 320,000 people without heat or water and facing over $25 billion in repairs, NYCHA is in crisis, and Kirsten Gillibrand as usual is MIA,” said Farley.

According to multiple reports, federal funding for NYCHA has failed to keep pace with needs resulting in “176,000 apartment units across the five boroughs [need] an estimated $25 billion of repairs,” the Wall Street Journal reports.

The centerpiece of Farley’s campaign for US Senate is to restore the fiscal imbalance between New York and Washington which is $40 billion-plus annually. Farley has pledged to fix the imbalance and invest those resources in job-creating infrastructure improvements.

“NYCHA needs wholesale reforms and simply throwing more money at a failing agency is not enough — we have families and children without heat and hot water. The time to act is now,” said Farley.

What has Kirsten Gillibrand been doing? According to reports, Gillibrand has been focused on her 2020 ambitions, actively supporting hand-picked candidates in Democratic primaries in Texas, Illinois and elsewhere. When she is not politicking in other states she is up to dirty tricks, hiring high-priced researchers to rummage through garbage and build a dossier on Farley.

“Kirsten Gillibrand should take a break from the dirty tricks and her 2020 campaign for president and focus on the housing crisis,” said Farley.

Said Farley: “New York City residents are finding out the hard way what people in the Capitol Region have known for years — Kirsten Gillibrand’s only agenda is self-promotion.”

Farley: Gillibrand Stays Silent as Albany is Rampant with Sexual Harassment; like she did when asked about abusive sex cult her father worked for
Sex and the City Star Cynthia Nixon to Run for Governor of New York; would be first woman, first LBGT governor