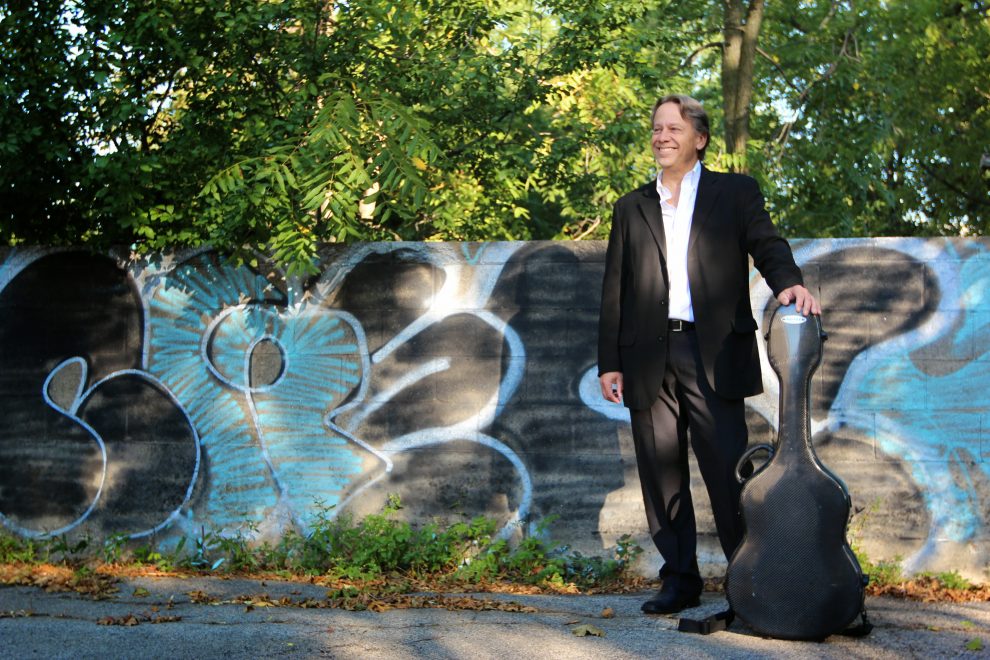 Guitarist James Piorkowski, a SUNY Distinguished Professor at the Fredonia School of Music, where he has headed the guitar department since 1983, will open the Friends of Vienna spring concert season this Sunday, March 25 at 3:30pm. His wide-ranging recital program in the Unity Church, 1243 Delaware Avenue in Buffalo, will feature his modern arrangements of pieces by the Italian baroque guitar virtuoso Francesco Corbetta as well as his own original compositions.

Born in Pavia, Italy Francesco Corbetta (1615-1681) enjoyed remarkable success throughout Europe in the 17th Century, working at royal courts in Italy, Germany, Spain, England, and France as a performer, teacher and composer. The future King Charles II of England met Corbetta while he was in exile in France, and Corbetta accompanied him at his Restoration when he returned to England where the English Parliament proclaimed him king in 1660. Corbetta divided his time during the last twenty years of his life between London and Paris, where “La Guitarre royale” the fourth book of his five surviving collections of works for guitar was published by a privilege granted by the Sun King himself, Louis XIV.

“When one looks at Francesco Corbetta’s scores for solo guitar”, says Piorkowski, “you’ll see that his early work is mostly strumming chords, which would serve to accompany dance. But as he matures, his work shows more sophisticated textures and elegant counterpoint. He was stretching the possibilities beyond what other guitarists had done with the instrument. In my versions of Corbetta’s compositions, I incorporate performance practices of his time, by adding embellishments and improvisational elements that were commonly used. I think of it as a musical Jurassic Park; taking the DNA of this old music and bringing it back to life in the present”.

Piorkowski will also perform some of his own compositions, such as Uraca, based on his travels to Venezuela, and In the Shadow of the Moon, an evocative piece inspired by a late-night visit to the former Jewish Ghetto in Seville, Spain.

Hear My Train: A Caprice for Jimi Hendrix is a tribute to the great rock guitarist, says Piorkowski. “Jimi Hendrix was one of the most revolutionary guitarists that ever lived, and he ate, drank and breathed the instrument. He would wake up in the morning, strap his guitar on and play while he was making coffee and breakfast. He continually experimented with what the instrument could do. But, his roots were in the Blues, and I love Jimi’s acoustic version of his song Hear My Train a Comin’. In my Caprice for Jimi, I quote his introduction to that song and place it in the middle of my work. I also utilize the tritone interval which is prevalent in Purple Haze and quote his famous motif from The Wind Cries Mary”.

Rolando: A Tango for Roland Dyens was composed in memory of the great French guitarist, a close friend of Piorkowski. “Roland Dyens was many things to me – a terrific composer, an unmatched arranger, a captivating improvisor, a truly great guitarist; but on top of all of that, he was a dear, dear friend. We became friends after sitting on a composer’s panel together at a guitar festival many years ago, and we realized that we had very similar influences and tastes. We were instantly simpatico. He would often stay at my house in Buffalo while he was touring in North America, even if he wasn’t performing in the area, and he insisted that I meet his family in Paris when I was there, so our relationship went well beyond our similar professions. His death in 2016 was, for me, hard to comprehend. I think of him almost every time I pick up my guitar and miss him dearly. I am so glad that we have his music, which lives on, and I treasure the works that he dedicated to my wife, Fleur de paresse and me, Le joueur de kora”, both of which are on my program”. Guest guitarist Michael Bunny will join Piorkowski for Tucson Two-step, the final piece on the program.

Click here to post a comment
The 2016 Stats Are In… So, just who is going to the movies? The facts may surprise you
Hollie Cook expands Vessel of Love tour and releases Hempolics remixes of ‘Stay Alive’