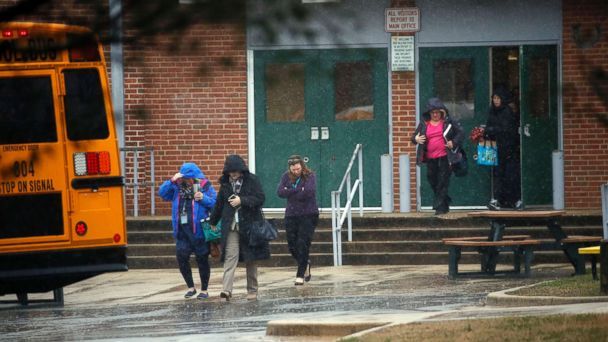 There has been a lot of talk about putting “armed teachers” in schools to protect the Children. That is a very bad idea. The idea of armed guards in school ‘is” an excellent idea, but by professionals.

Do it right or not at all!

Who then? Retired police officers and military veterans are excellent choices! It also helps provide both self-respecting and needed, employment for vets looking for a decent job. They should all have been trained professionally to have been police or military.

Retired police could be anywhere from 40 and up and vets would be younger from maybe 25 and up, with 4-5 years in, and honorably discharged. The states should get involved and license the guards after providing refresher classes through police departments or some other official capacity.

This is my opinion based upon my 28 years in law enforcement.

It takes a great deal of training to become “professional” enough, to be trained enough, and equipped enough (mentally and physically) to protect someone as an “armed” guard, especially with a handgun. That is what an armed person in a school is being asked to do, let there be no doubt!

It takes many weeks of training on the law, when to “shoot or don’t shoot”, besides learning the safe handling of the weapon and gaining sufficient proficiency to shoot “and” to maintain possession of the gun! Did you know that if you get within the arms reach of someone with minimum disarming skills that we teach, you would not be able to pull the trigger before you lose control of the handgun! That’s a fact that I have proven to the biggest disbeliever in every school I taught! Remember an armed guard is bringing a gun into the situation, whether the bad guy has one or not, and if the armed guard loses it, the bad guy for sure is now armed! The now unarmed guard will be the first to be shot and the people around him are next.

To learn how to shoot in evening classes, at a range, is not even close to being good enough!  You should shoot, with supervision often to become proficient and learn your state laws as well, to protect yourself. To protect others is an entirely different story, with lots of liability that must be addressed. I don’t know who would teach civilians disarming techniques as part of a “firearms” class because when you teach firearms there’s a lot of liability that does along with it. Some martial arts classes teach some disarming as part of the martial arts, and good instruction is quite useful and works well with practice! As a NRA Instructor I carried liability insurance provided by the NRA and if you are an instructor and plan to teach, get insurance

Don’t get me wrong…I strongly support every American who wants to learn to shoot for protection. I’m also an NRA Firearms Instructor and New York State Hunter Safety Instructor (retired). I taught civilian, men, women and children gun and hunter safety, voluntarily for years, so I put my actions where I put my words.

Put professionally trained firearms people who are state certified in schools to protect your kids.

The best choice is to keep trouble “outside”. Schools have been told for years to keep the doors “locked” but ignore it! They have been told to put trouble makers in jail or schools with bars, they won’t do it. Look at the Parkland as a good example of doing neither. The problem was not the gun! The problem was unlocked doors and a kid with an unrecorded record of serious charges, sort of “off the record arrests”!

Do it right or not at all!

The true history and sinister origin of Bronfman family wealth
In the Battle Against Ageism, the Enemy is All of Us