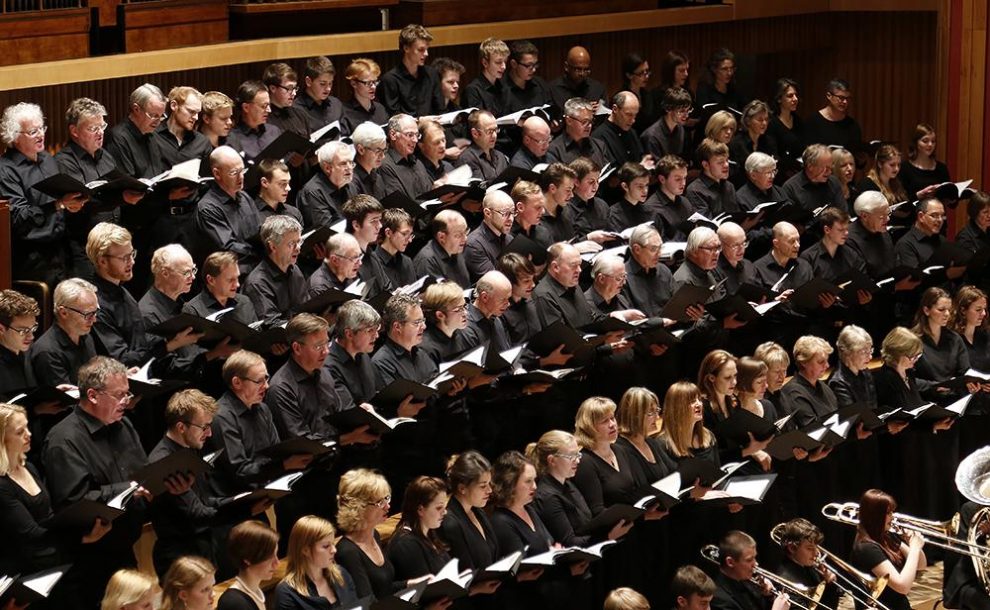 David Hill has spent two decades as the Bach Choir’s Director of Music.

Here he speaks candidly about his time in the role, and about his feelings for the Choir.

A:  The Choir still has the distinctive sound and directness which also belonged to the Willcocks era, but maybe the biggest difference is that we now have around 120 members under the age of 30.

Q: What do you think makes the Choir unique?

A: It is a large choir which can sound like a chamber choir in its precision, intonation and attention to choral sound as a unit. There are other fine choirs around but hearing 200 plus singing a Bach Choral pianissimo and totally ‘as one’ makes the annual St Matthew Passion the more special.

Q: Does the numbers and make-up of the Choir’s singers give the Choir a special sound?

A: We colour-code each singing member’s sound so they sit in specific areas (only) and can then develop their own sound amongst others with similar qualities. Add to that the importance of text and its communication, then the result is very powerful for the audience.

Q: How does the Choir’s audience respond to the Bach repertoire and to the other music sung?

A: I am told that the experience of hearing such large forces sounding so united in their communication is a special experience. This, for me, makes the reason for large choirs existing even more compelling. So, no matter the repertoire, we always approach a work with a specific idiom and sound in mind. It should never be ‘one sound fits all experiences’ but provide a panoply of colour which a large choir can do more convincingly than probably any other.

Q: How much time is spent on rehearsals?

A: It depends on the repertoire. We expect members to read music with a degree of competence and also to look at their part between rehearsals. It is a very busy choir with up to 18 events a year so the turnover of music is rapid. Hopefully, never at the expense of quality. Occasionally, if it is possible to rehearse works over a longer period, then it is satisfying to discover new layers of learning in the process.

Q: Does the Choir travel outside of London much?

A: Yes and we want to increase that in the coming years. The choir has travelled all over the world and foreign tours are understandably very popular with the membership.

Q: What made you accept the role with the Choir?

A: Who could refuse it? Its reputation under Sir David Willcocks and place in our musical heritage make it a very special organisation in which to be involved as Musical Director. This, alongside a love of conducting choral and orchestral repertoire which I have done since I was 20.

Q: How has choral music changed in the past 30 years?

A: In many ways, it has now opened up in a much more wholesome way. Girl choristers in cathedral choirs, National Youth Choirs and young choirs in general have all helped to place choral music in a more prominent way. The problem we face is being able to get singing accepted as part of the national curriculum and which it is why The Bach Choir is so engaged in its Outreach Programme. Overall standard in singing have definitely risen in the past 30 years. We have some wonderful choirs in the UK……..some of the best in the world.

Q: Has the audience for choral music grown?

A: In some respects it has, but the amazing core of choral and orchestral repertoire is the area we need to work at continuing to perform. The growth area in singing has been in the repertoire for chamber choirs which continue to grow ahead of repertoire for large choirs. The Bach Choir is in a position to address that into the future.

Q: What are your ambitions for the Choir?

A: Continued excellence with an exciting annual season of great core repertoire for large choir and orchestra, alongside recordings – particularly of neglected works – commissioning of new works, vital if we are to create a future and tours to convey all these areas. My hope is the choir continues to attract lots of talented singers. 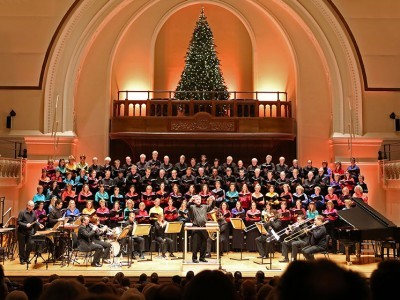