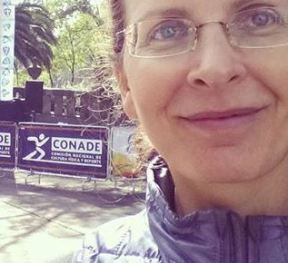 It was Al Capone’s downfall when the feds could find nothing else. The recently unsealed federal complaint and FBI affidavit against Keith Raniere, unsealed upon his March 26, 2018 arrest in Mexico, raises questions about sexslave cult financier, Clare Bronfman, and her funding of Keith Raniere, aka “The Vanguard.” The federal complaint provides that Raniere formed NXIVM and other NXIVM-related entities as professional coaching service entities designed to “actualize human potential,” done through highly expensive courses, costing thousands of dollars and entailing strict, 500-800 calorie per day diets and sleep-deprivation. The federal complaint alleges that a five-day workshop for a Raniere-affiliated entity costs up to $5,000, and that many Nxians are required to go into debt to continue taking courses and pay off their debts, and, because of the great costs of the courses, Nxians become obligated to NXIVM. The complaint alleges that NXIVM has features of a pyramid scheme (a smaller pyramid scheme exists within that, DOS, the now-infamous sex-slave branding cult).

The complaint alleges Clare Bronfman, referred to as “Heiress,” is a well-known financial backer of Raniere and NXIVM, and sits on NXIVM’s Executive Board. In the United States Attorney for the Eastern District of New York’s letter to Judge Steven Gold opposing Raniere’s pretrial release, AUSA’s Penza and Hajjar alleged that Raniere was discovered in Mexico, having “purposely concealed his location,” and staying in a $10,000 per week villa near Puerto Vallarta, with several women. Critically, the DOJ notes that Raniere “pretends to be a renunciate.” But in reality, Raniere “has spent his life profiting from pyramid schemes and has otherwise received financial backing from,” currently, Clare Bronfman. Bronfman has “financed” Raniere over the years, “providing him with millions of dollars and paying for private air travel, costing up to approximately $65,000 a flight. She has also paid for numerous lawyers to bring suits against Nxivm critics.”

Unpacking allegations in the complaint and combined with others, it boils down to issues arising from Raniere’s “renunciate” status, (which is well-known amongst followers, and further well-known that Raniere advocates that Nxians and others not pay taxes) and Clare Bronfman’s helping Raniere to (1) blow off his own taxes, and (2) financing Raniere’s pyramid schemes.

Generally, there are two kinds of tax evasion: willful attempt to evade or defeat a tax or wilfull failure to pay it. Somewhat lesser known is that the federal tax evasion statute, 26 U.S.C. § 7201, allows for prosecution of people that assist others in evading their taxes.

In other words, Clare Bronfman may have committed tax evasion by helping her Vanguard evade his own income taxes.

With Raniere as a self-proclaimed renunciate, financing of Raniere by Clare Bronfman will likely not be passed off on Raniere alone as a willful failure to file misdemeanor: failure to file taxes, in addition to an affirmative act to evade or conceal equals tax evasion (commonly referred to as a Spies evasion). Affirmative acts of evasion that Clare may have committed to assist Raniere would include keeping double sets of books, false invoices, destroying records, concealing sources of income, and anything else likely to conceal income. Clare also faces certain risks under federal conspiracy laws, such as conspiracy to commit tax evasion and other financial crimes (on this point, the Albany Times Union reports that NXIVM probe is broadening to investigate allegations of white collar crimes. The NY Attorney General is also investigating Clare Bronfman’s, non-profit Ethical Science Foundation.) 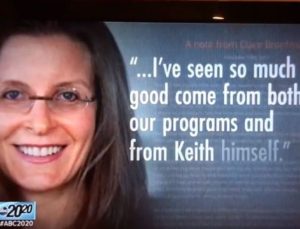 Upon the publication of the October 17, 2017 NY Times story exposing the sex-cult, Clare Bronfman issued a statement on ESP’s website, entitled “A note from Clare Bronfman.” Bronfman stated NXIVM has brought more financial success to her life than she had ever had before. Her note reads, in part — “I retired from a very successful career as a professional show-jumper because I wanted to do something more meaningful with my life. NXIVM is that. As I said, the programs help. I am happy,healthy and financially more successful than I have ever been.” Bronfman continued “I can say firmly that neither NXIVM nor Keith have abused or coerced anyone.”

The abundant success Clare speaks of, created by The Vanguard and his NXIVM for Clare, is likely a matter the Eastern District authorities will be looking into very closely, if they are not already.

If the feds can find nothing else on the sexslavecult financier, Clare’s lavish “financing” of the renunciate Vanguard may prove to be low-hanging, multi-million dollar fruit.