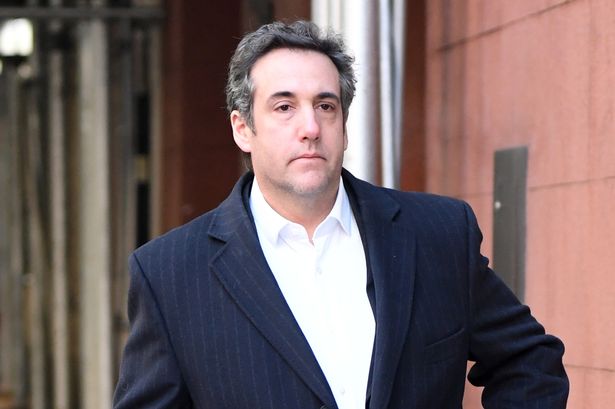 “We knew he would crack eventually,” Daniels’ attorney Michael Avenatti told MSNBC Thursday evening. “I’ve been waiting and who would have thought that it would have arrived on this Thursday, this glorious afternoon in New York.”
Of course, Avenatti is talking about Donald Trump denying on Thursday knowing anything about the $130,000 hush money paid to adult film star Stormy Daniels. He threw his lawyer Michael Cohen under the bus.
As Avenatti noted on MSNBC, “How can you have an agreement when one party claims that they don’t know anything about the agreement? […] Our case just got a whole lot better.”

This puts Cohen in a very uncomfortable position and it’s possible he could be disbarred:

There’s no good outcome for Trump or Cohen. If Trump is lying, he’s opened himself up to perjury and implicated himself in a campaign finance violation. But Trump is telling the truth, he may have ended Cohen’s legal career. Avenatti told Ari Melber on MSNBC that all indications are that the Trump team is “setting Michael Cohen up to be the fall guy.” He’s bound to be under a lot of pressure—and Avenatti isn’t sure if Cohen can handle it.

“They are setting Michael Cohen up to be the fall guy… I don’t think he has the metal to withstand it.” Avenetti thinks he might flip on Trump and if Cohen breaks ranks Avenatti said that “very, very bad things could happen,”