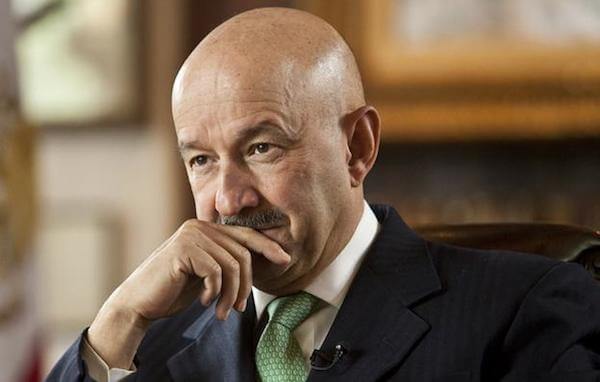 THE leader of a secretive sex-slaver cult believed to brand and brainwash women is on a bus to Brooklyn, in the custody of US Marshals. Keith Raniere fled to Mexico to escape a federal investigation, but was arrested in Puerto Vallarta in a posh $10,000 per week villa on March 25,

Raniere had left his longtime home in Albany New York and went first to Monterrey, Mexico where he had a number of powerful supporters – including the son of a former Mexican president.

The sex-slaver cult, Nxivm was billed as a self-improvement group that became embroiled in controversy after former members revealed it was actually a sinister cult that brainwashes, blackmails and brands women.

They claim that there is a dark side to the group a secret women’s only cult called DOS, which is short for “dominus obsequious sororium” – Latin for “master over the slave women”.

To join, women are allegedly brainwashed into handing over blackmail-worthy material such as explicit naked pictures or financial information before they were branded with Raniere’s initials on their pubic area.

A federal investigation is well underway with as many as 10 individuals having been called before a grand jury seated in Brooklyn last week. Raniere was already arrested on a criminal complaint on sex trafficking charges. He is expected to be arraigned any day in Brooklyn and an indictment against him and others with additional charges is expected.

On source said there will be several others arrested. “The FBI is looking into whether Nxivm has links to human trafficking – as they seem to bring lots of foreign nannies into the US for their Rainbow Cultural Garden program for kids. They also spoke to me about DOS, the branding and if women were being pressured or coerced into sex.”

Raniere left his home in Albany, New York in November and traveled to Mexico in late November.

He was later spotted in San Pedro Garza Garcia, a wealthy suburb of Monterrey, where he was believed to be living in a gated community with other Nxivm members, including Mexican sex slave Mariana Fernandez.

Seagram heiress Clare Bronfman, who is vice president of operations for Nxivm, funds the sinister cult and was in Monterrey with Raniere. It is not known if Bronfman is still funding the nefarious cult now that Raniere is in prison and Bronfman herself faces possible criminal charges.

Raniere initially traveled to Mexico to escape federal investigation and possible arrest because he has a group of powerful followers there. One such follower is Emiliano Salinas, the son of former Mexican president Carlos Salinas de Gortari. 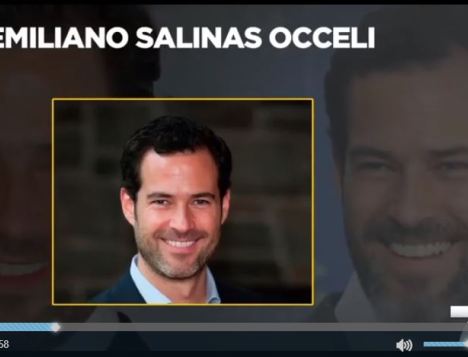 Emiliano Salinas was on the board of directors of Nxivm’s Executive Success Program (ESP) – which runs courses for people to learn Raniere’s techniques. His wife, Mexican actress Ludwika Paleta recently purchased a pricey home in Albany only blocks away from Raniere.

Alejandra Anaya, whose brother is the finance minister of Mexico, is another high ranking member of Nxivm, who runs ESP courses.

In one leaked text message Rosa Laura Junco tells her “slave” that branding is a symbol that a woman “will hold herself higher than her body”.

Raniere chose Mexico as his hiding place to escape federal authorities.  He miscalculated. He had a lot of very high profile and powerful supporters in Mexico. His following in America and Canada had started to dwindle once news about the branding got out – but in Mexico he was still very popular.

A spokesperson for the FBI could not confirm or deny whether Clare Bronfman, Emiliano Salinas or others would be arrested.

Nvixm, Junco and Anaya did not respond to requests for comment.

Salinas confirmed he was the director of the program in Mexico and added that his group has nothing to do with the blackmail and branding and that he has dissociated himself from Raniere .

Nxivm previously issued a statement after the New York Times first published allegations against them in which they claimed the story was a “criminal product of criminal minds”.