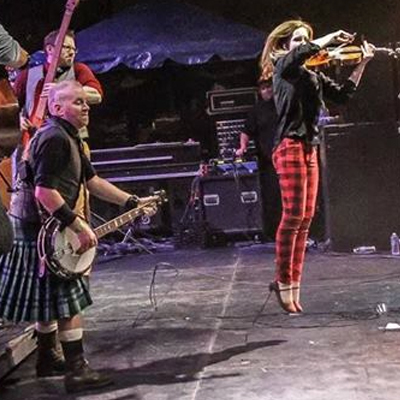 Lakewood, NY – It’s that time of year again, on April 28, 2018, Off the Beaten Path Bookstore will once again participate in the nationally celebrated, Independent Bookstore Day. This year, the store will focus on celebrating the work of local authors throughout western New York. From 11:00 am to 3:00 pm, 14 local authors will be at the store to sell and sign their books. The event will also feature a story-time at 1:00 pm, presented by children’s authors Mary Zdrojewski (Wiser the Owl) and Sara Klawon (The Brumblewumps).
“We’re excited to create an opportunity to showcase our local authors.” Store owner, Bob Lingle said. “Independent Bookstores have a responsibility to cultivate a joy of reading within the community, as well as curate a selection of books that is catered to the area.”
Notable participants include, Christina Abt, George Clever and Charles Freedom Long.

Christina Abt is an accomplished author, newspaper columnist and radio broadcaster. Her written work has been featured in national publications as well as in The Ridgewood News and The Buffalo News. Christina has shared her journalist’s views throughout her 15-year career as an Op-Ed newspaper columnist and as a listener commentator/special assignment reporter for Buffalo NPR affiliate, WBFO. She also hosted her own talk radio show, BuffaloStyle, on 1230AM/WECK.
George Clever writes about his life in a small Western New York steel town in the 1950s. He received a B.S. from Buffalo State College, a M.Ed. from State University of New York at Buffalo where he also did his doctoral studies. Teaching at the Elementary, Secondary and University levels, he also served as Assistant Dean of Student Affairs for Native American Programs at Stanford University and as Dean of Students at Carl Sandburg College. In his professional Education career, he has published Mathematics Education and Student Services articles. His most recent books, Dancing with Grandfather, and Bear Lake Monster and other Clever Stories were published by Outskirts Press. His latest book, Lenape Animal Fables is a collection drawn from traditional Delaware Indian oral teaching stories with a modern perspective. A father of seven children and twelve grandchildren, he is a member of the United States Marine Corps League, and served as a Lieutenant Colonel in the New Mexico State Guard. Retiring from New Mexico State University, his writing focus has been a book of poetry, two short story books and a work on his life experiences as a Native American, Lenape Nation, and Unami Clan. George is artist, traditional Lenape straight dancer, and elder in the Eastern Delaware Nation. He believes if one knows the past one can better understand their future.

Charles Freedom Long writes Science Fiction about what might be. Psionics, aliens and other worlds, awareness and ongoing communication between the living and the dead as a fact of daily life, and how that might affect the life and philosophy of a world. His novel, Alvar’s Spear was recently named a finalist in the Indie Book of the Year contest.
In addition to meeting local authors, visitors to the store will have the opportunity to win one of five $10.00 Gift Certificates.

Hollywood vs. Netflix, or What is considered a movie today?
Don’t Miss A Musical Journey Through Italy with Franco Corso this Fall!
Comment