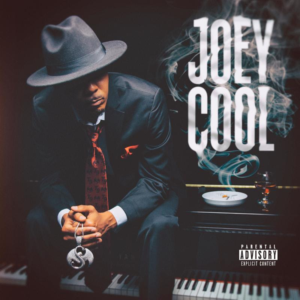 Due May 4, The First Album From The Strange Music Rapper Features Tech N9ne & Ces Cru
(Los Angeles, CA) In advance of his forthcoming debut album, rising Strange Music wordsmith Joey Cool has released the video for his “Under Pressure” single today. Shot in Kansas City’s 18th and Vine Jazz District, the clip provides Joey Cool a vivid backdrop for his witty wordplay about staying above the fray when most people would fold.
“A lot of people know I wear my heart on my sleeve,” Joey Cool explains. “I’m not one to bite my tongue about stuff like that. Writing ‘Under Pressure,’ it was therapeutic more than anything. I like the vibe of that whole song. It’s got that old school feel.”
Due in stores May 4, Joey Cool’s self-titled debut album features the Kansas City rapper showcasing his talents as a songwriter while always remaining in control of his flow, his emotions, and his focus. “I actually came up with few titles, but when it came down to it, it was just like the epitome of the album is just my name, Joey Cool,” the rapper explains. “That’s what it is. The whole album has a real cool vibe. It’s laid-back for the most part, but it’s got a little bit of everything at the same time.”
Joey Cool demonstrates his versatility on the propulsive “Hard” by teaming with labelmates Tech N9ne and JL for an exercise in verbal gymnastics. In fact, Joey Cool and JL created some of the song by engaging in a massive writing exercise. “JL and I actually walked around writing back and forth for like a good two, three hours for just that first verse,” Joey Cool reveals. “It worked out well. We perform so much together and kept that in mind, how it would be to perform it on stage. It’ll be something fun for everybody.”
Prior to joining Strange Music, Joey Cool built his rap rep in the streets of Kansas City through a series of independent projects. In 2015, he appeared on Tech N9ne’s “Life Sentences” song from his Special Effects album, as well as on Ces Cru’s “Off The Hook” cut from their Recession Proof EP. In October 2017, Joey Cool appeared at Tech N9ne’s Strange Reign album release concert in Red Rocks, Colorado, to announce that he had signed with Strange Music. Now it’s time for Joey Cool’s excellent entrance to the music world.