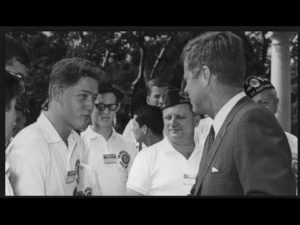 #Down with Donald Trump.

He may be the worst of all presidential sex deviants, the media seems to imply.

Someone threatened her in a parking lot, she says. She does not know who it was. He did not harm her.

Then there is Playboy Playmate Karen McDougal.  According to McDougal, her affair with Donald Trump lasted 10 months, and after their initial encounter, Trump offered to pay her.  McDougal knew Trump was married and that caused her guilt; she made the decision to end it in 2007.  There was no claim of rape or intimidation.

According to Newsweek, Trump cheated on his wives with, to begin with, Marla Maples, while married to Ivana Trump in the early 90s. Trump divorced Ivana, and married Maples in 1993. After divorcing Maples, Trump married Melania Knauss in 2005. This, in addition to the Stormy Daniels and McDougal round out a list of known affairs.

But there is more. On the eve of the presidential election in October 2016,  a cadre of women came forward to claim boorish behavior on the part of Donald Trump.

Trump groped Jessica Leeds on an airplane in the early 1980s

Trump entered the changing room of the 1997 Miss Teen USA pageant, where contestants hurriedly covered themselves up when Trump entered. And in 2001, he had the habit of walking into the women’ dressing rooms unannounced.

Trump pushed Natasha Stoynoff against a wall and forcibly kissed her while touring Trump’s Mar-a-Lago Florida estate in 2005.

How does Trump compare with John F. Kennedy?

“You were on the most elite assignment in the Secret Service, and you were there watching an elevator or a door because the president was inside with two hookers,” said Newman. “… Your neighbors and everybody thought you were risking your life, and you were actually out there to see that he’s not disturbed while he’s having an interlude in the shower with two gals from Twelfth Avenue.”

Kennedy took it inside the White House and anywhere else.

Judith Exner served as conduit between JFK and mobster Sam Giancana. She claimed she had an abortion after she became pregnant with JFK’s child.

Kennedy had an affair with Mary Pinchot Meyer.  On Oct. 12, 1964, Pinchot Meyer was shot dead while taking an afternoon walk in Washington, D.C., at age 43.  Her murder was 10 days after the Warren Commission report was released. In the hours after Pinchot Meyer’s death, chief of CIA counterintelligence James Jesus Angleton broke into her artist studio to find her diary, according to Pinchot’s brother-in-law Ben Bradlee, an editor at the Washington Post.  Pinchot Meyer was married to Cord Meyer, a high-ranking CIA official, in 1945.  Peter Janney, son of a top CIA agent at the time, wrote Mary’s Mosaic; in it he claimed his father was in on a CIA plot to murder Pinchot Meyer. 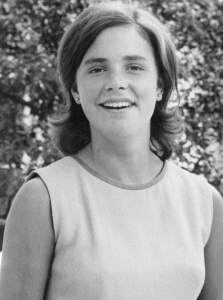 Mimi Alford, a nineteen-year-old White House intern entered JFK’s sexual world four days into her internship. Alford lost her virginity when Kennedy got her drunk on daiquiris, led her into an empty bedroom, and began undressing her. She was 19 and her employer was the president of the USA.

Afterward, Mimi spent a good deal of time waiting to be called to have sex with JFK.  She was told to wait in rooms in hotels or a lodge in Yosemite or a pink-painted motel near the Kennedy home in Palm Beach until he felt like having her in his bed (or bathtub).

Alford was also pimped by the President. By her account, Kennedy asked her to perform oral sex on an aide while he watched.  Her affair continued for more than a year; it ended after she turned down a request to “take care” of Ted Kennedy.

As president, JFK risked his White House tenure, the welfare of his party, his policy goals, maybe national security and everyone he supposedly held dear to fuck women in the White House. Taxpayer money was used to shuttle Alford to and from the traveling president.

Then there was Marilyn Monroe. Her death in 1962 was ruled a “probable suicide”, the result of a barbiturate overdose. Reportedly, baseball legend, and former husband, Joe DiMaggio, blamed Monroe’s  alcohol and drug addiction and death on singer Frank Sinatra and the Kennedys.  In his 1997 book The Dark Side of Camelot, journalist Seymour Hersh wrote that Monroe’s  “instability posed a constant threat” to the President before she mysteriously overdosed at age 36 in 1962.

Not all of JFK’s mistresses ended up dead.

Jill Cowan was a secretary in the White House Press Office and accompanied the president on official trips.  Priscilla Wear was a White House staff member.  There were dozens of others.

“If I don’t have sex every day, I get a headache,” John F. Kennedy would remark to British Prime Minister Harold Macmillan. 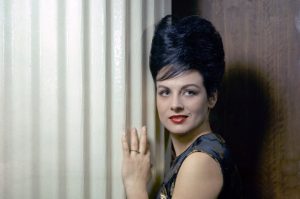 Ellen Rometsch, [above] a German prostitute working for a call-girl ring called the Quorum Club, attended naked pool parties at the White House and explicitly came to have sex with the president. Bobby Kennedy reportedly arranged for her to be deported in 1963, fearing what might leak to the press in advance of JFK’s upcoming campaign for re-election. 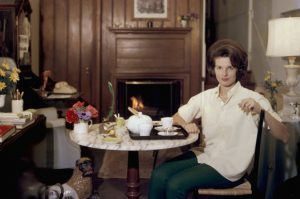 Pamela Turnure [above] Jackie’s Press Secretary, beginning when she was 21, reportedly spent nights with the president when Jackie was gone.

“Neither did much work,” a former Secret Service agent told author Ronald Kessler. Both reportedly left work frequently to skinny-dip in the pool with JFK.  The women accompanied JFK on “business trips” to Berlin, Rome, Ireland, Costa Rica, Mexico and Nassau on taxpayers’ dime.

The 42nd President, William Jefferson Clinton, most famous affair involved Monica Lewinsky, a White House intern.  The affair became a subject of Kenneth Starr’s unrelated investigation into Whitewater, a failed business venture in which the Clintons were involved.

Lewinsky later said of the ordeal that “she felt very alone” and ‘swimming in that sea of Aloneness was terrifying.'” Lewinsky added, Clinton “was my boss. He was the most powerful man on the planet. He was 27 years my senior, with enough life experience to know better.”  It was textbook sexual harassment of a subordinate.

According to journalist Michael Isikoff, the Clinton campaign in 1992 spent $100,000 on private-detective work related to Clinton’s women. When allegations first popped up, the plan was to get affidavits from women denying affairs — and, failing that, to use any discrediting tool at hand.  When a rock groupie told Penthouse in late 1991 that a state trooper approached her on Gov. Clinton’s behalf, Hillary said ‘we have to destroy her story.’”

Then there was Paula Jones. According to her, while Clinton was Governor of Arkansas in 1991, she was escorted to his hotel room, where he exposed himself and told her to kiss his penis. Jones sued in 1994, and Clinton paid $850,000 as a settlement, avoiding a public trial. Jones told the NY Times that the Clintons “sent out people to dig up trash on me.”

White House aide Kathleen Willey claimed Clinton fondled her, kissed her breasts, and forced her to touch his crotch in 1993 in the Oval Office when she was a White House volunteer. She claimed Clinton coordinated with reporters and engaged in a silence-intimation campaign against her, as detailed in a book she wrote in 2007.

Earlier still, was the case of Juanita Broadrick who claims Clinton raped her in 1978 while he was Arkansas’ Attorney General, and was left bloodied.  Broaddrick gave an account of her alleged rape in a 1999 Dateline NBC interview: Clinton began kissing her. She resisted his advances. He pulled her onto the bed and forcibly had sex with her. Her upper lip was bruised and swollen after the encounter because, she said, he had grabbed onto it with his mouth.

“The last thing he said to me was, ‘You better get some ice for that.’ And he put on his sunglasses and walked out the door,” she recalled. Her husband, David Broaddrick reportedly accepted hush money from the Clintons in exchange for silence.

As Hillary Clinton tweeted during her campaign, “Every survivor of sexual assault deserves to be heard, believed, and supported.”

Kennedy and Clinton compared to Trump

While many smile and chuckle about JFK’s “infidelities,” and gently shake their heads about old Jefferson Clinton, somehow Trump is despicable to these same critics, worse in this regard than the two good ole boy Democrat presidents.

The various women who, perhaps, coordinately came forward in 2016 to accuse Trump of various sexual misconduct range from groping to attempted forced kissing.  EVEN if true, all of it pales to allegations levied against JFK and Clinton. Trump has not been accused of rape. Nobody died after sleeping with Trump and JFK is celebrated, and Clinton’s misconduct did not inspire the #metoo movement.

#Down with Donald Trump.