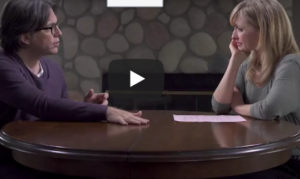 If you want proof that actress Allison Mack is both a victim as well as a victimizer listen to this amazing video link below.

Mack was arrested this morning on an indictment unsealed today in federal court in Brooklyn charging her and Keith Raniere, also known as “Vanguard,” with sex trafficking, sex trafficking conspiracy and forced labor conspiracy.  Mack was arraigned on the indictment before United States Magistrate Judge Cheryl L. Pollak.

Mack is alleged to have recruited women to join what was purported to be a female mentorship group that was, in fact, created and led by Raniere.

The victims were then exploited, both sexually and for their labor, to Mack and Raniere’s benefit.

“Today we announce an additional arrest, and an indictment, in a case that brought to light an inconceivable crime,” stated FBI Assistant Director-in-Charge Sweeney. “As this pyramid scheme continues to unravel, we ask anyone who might have been a victim to reach out to us with information that may further our investigation.”

Mack and Raniere created “DOS,” that operated with levels of women “slaves” headed by “masters.”  Slaves were expected to recruit slaves of their own (thus becoming masters), who in turn owed service not only to their own masters but also to masters above them in the DOS pyramid.  Raniere stood alone at the top of the pyramid.  Other than Raniere, all members of DOS were women.  Mack is one of the women in the first level of the pyramid immediately below Raniere.

Mack and other DOS masters recruited DOS slaves telling them they were joining a women-only organization that would empower them.  Mack  concealed Raniere’s status at the top of the pyramid from new recruits.

As a pre-condition to joining DOS, women were required to provide “collateral,” which included highly damaging information about friends and family members, nude photographs and/or rights to the recruit’s assets.  DOS slaves were told that their collateral could be released for any number of reasons, including telling anyone about DOS’s existence or leaving DOS.  Many DOS slaves were branded on their pelvic areas using a cauterizing pen with a symbol which, unbeknownst to them, incorporated Raniere and Mack’s initials.

So it is acknowledged that Mack was Raniere’s slave. See who they interrelated in this shocking video.