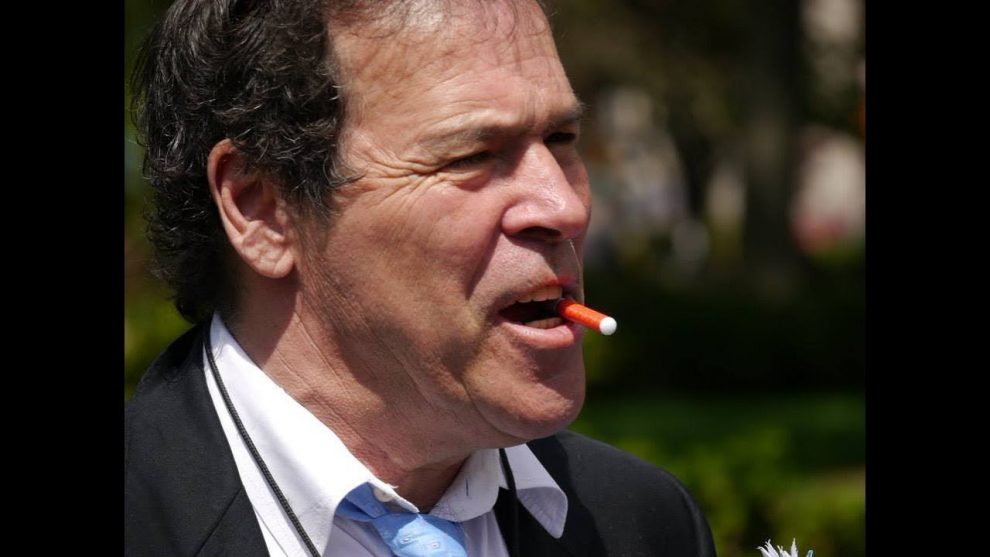 I have read with interest the claims and counterclaims of former comedian/radio talk show host Randy Credico and veteran Republican strategist Roger Stone. There is some irony in this story since it was Randy Credico who introduced me to Roger Stone and helped me secure an interview with Stone for my upcoming movie “Sensational”.

Stone agreed to give me an on-camera interview for my film because he said he had been impressed with a film I had previously helped produce, “A Good American” about former counterintelligence operative, technical director of the NSA Bill Binney.

At first I was nervous, as a result of hyped-up media allegations against Stone at the time; however, when we arrived to his NYC studio, he was very friendly and forthcoming. I found Stone to be the consummate professional throughout his interview. As a result, several of his insights ended up in the film.

Up until that point, Credico had been an oddball. I was never really sure which version of him I was going to get on a day-to-day basis. Day one of principle photography was proof to me and members of my crew that Credico was not your average man. As he arrived to set, holding his dog and huffing down on his vape pen, I greeted him at the door with our production coordinator. Cranky, seemingly inebriated, disoriented and not thrilled with having to be on set that day, Credico made his way up the stairs.

My coworker and I were taken by surprise as we followed him. His pants were falling down revealing light blue women’s underwear. To each their own, but this was enough for me to understand that Randy was in no way a “by the book guy.”

I wasn’t bothered. In film production, you tend to meet people from all walks of life, and nothing really surprises you after a while. Credico was connected. The entire day, he was on his phone “working.” We heard him discussing a wide variety of issues. The interviews he lined up were top notch. People from the left and people from the right; it didn’t matter, Randy knew how to get in touch with them, and they would answer. To me, as a director, that’s what I cared about. My job was to follow the story, and Credico knew how to do that.

More significantly; however, is the fact that Credico confirmed for me in both telephone and face-to-face conversations that he was, as Stone testified before the House Intelligence Committee, the “back- channel” who confirmed for Stone that the Hillary Clinton documents –  that Julian Assange told CNN he had and would publish in early June – would in fact be published in October and roil the presidential race. This admission was made on May 12, 2017. I remember the date because the hit documentary, “Get Me Roger Stone,” premiered on Netflix that day, and just as he promised, Credico got us Roger Stone.

In fact, Credico stood by during Stone’s interview in which he stated exactly what he has been claiming for almost two years now. As Stone answered with, “Because I had a source,” I glanced over to Credico and saw a smirk forming in the corner of his mouth, as Stone confirmed what he had told me only an hour earlier. He never raised an objection or argued, so I understood that to be common knowledge.

Incredibly Shelby Holliday of the Wall Street Journal had no interest in my firsthand on-the-record assertion that Credico admitted that he was Stone’s confirming source and when I provided a clip of  Stone’s interview proving Randy stood passively by while Stone repeated his claim that Credico was his back channel.

Credico and Stone joked in between questions, and this can be heard in the video I provided to the Wall Street Journal. Ms. Holliday declined to report it saying, “I see your point about it being an opportunity for him to clarify the timeline, but it’s impossible to tell what’s going on off cam. And he was never asked… I can certainly ask him about it now though.”

As I read through her article, I saw no mention of this. In fact, the topic of the article, as she stated to me on the phone, had actually been altered. I was amazed. Somehow, the topic had gone to something completely different. Honestly, I was disappointed. Ms. Holliday appeared to me during our conversation as a journalist, but after reading the piece and seeing how the media spun the issue, it looks as if she intentionally ignored facts presented to her because they did not fit her preconceived narrative.

Incredibly, instead of pointing out that the email Holliday reported on proves Credico was Stone’s back channel and that he was, as he put it, “asking the (Wikileaks) lawyers,” the piece attempts to raise another question, one that would spin reality and overlook the truth that Stone has not lied, and Credico is the “source.”

Credico now claims that Stones testimony before the House Intelligence Committee, in which he said that Credico confirmed on August 15 that Assange would deliver the payload on Hillary, was not possible because Credico did not meet or interview Assange until August 25, 2016. Holliday fails to report the fact that Credico has a longstanding relationship with a woman lawyer whose news clippings confirm she represents WikiLeaks, making Credico’s defense irrelevant.

The entire gist of the Wall Street Journal story is misguided. Stone’s seeking the truth about the coup in Libya and the murder of Qaddafi is not “digging for dirt on Hillary”. Stone received a tip from a distinguished former chairman of the House Banking Committee Congressman Walter Fauntroy. This is called journalism! I also assume Stone was not the only person looking for this information at that point. So why not question anyone else?

Fauntroy had distinguished himself as a lieutenant to Dr. Martin Luther King and was a powerful member of Congress from the District of Columbia. Fauntroy claimed that he had brokered a deal between Libyan strongman Muammar Qaddafi and Hillary Clinton’s State Department for Qaddafi to abdicate and leave the country with his life. Fauntroy said he had communicated extensively with Gen. Wesley Clark as a back channel to the agreement. Fauntroy actually provided a signed document from the Libyan leader. It was the former Congressman’s claim that Hillary Clinton had been patched into a cell phone call with Clark who was thanked and commended by the Secretary of State. Then they killed Qaddafi. As a filmmaker I was very interested in whether Stone could obtain confirmation of this tale.

It is important to note that Fauntroy went missing after being in Libya during the collapse. Fauntroy said he got a tip that British intelligence had dispatched a hit man to kill him because of his knowledge of the Qaddafi agreement and the double-cross of the Libyan dictator. Fauntroy would remain missing for a number of years, and when he finally resurfaced in DC, was promptly arrested on a spurious bad check passing charge. He returned to the ministry.

Stone’s request to Credico is a legitimate inquiry. Sadly Credico now even lies about this matter. This is not progressive in any way, but, as Credico has written to me in private messages, he “needs all the press he can get!”