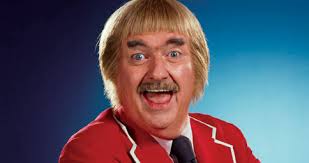 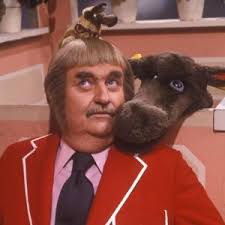 Captain Kangaroo was one of my favorite television programs when I was a child. It aired for 38 seasons and ran between October 3, 1955, and December 8, 1984. This made it one of the longest-running, children’s television programs broadcast at the time. Captain Kangaroo was created by Bob Keeshan who said the show was styled on “the warm relationship between grandparents and children”. Bob Keeshan had played Clarabell the Clown previously on The Howdy Doody Show that had been broadcast on NBC.

Captain Kangaroo had an eclectic mix that was based on life in the “Treasure House” (which was later known as “The Captain’s Place”) where Keeshan would meet guests, tell stories, and engage in childish antics with a host of regular characters, both puppets and humans, much to the delight of the viewing audience. Keeshan performed more than 9,000 times as “The Captain” during the show.

The show was telecast live on the East Coast and in the Midwest during the first four years and was broadcast on kinescope for the West Coast, because Keeshan refused to perform the show live three times a day. It was in black-and-white until 1965.

On May 17, 1971, the show made two large changes. The Treasure House was renovated and renamed as the “The Captain’s Place” and Captain Kangaroo switched his navy blue coat with a red coat.

During September 1981, CBS cut the show from an hour long to half of an hour. They renamed it Wake Up with the Captain and changed it to an earlier time slot. It was moved to weekends a year later, in September 1982, and went back to an hour-long format. The Captain Kangaroo show was cancelled in December, 1984 by CBS.

The show didn’t have a very strict format, besides the fact the entire program would take place around and in the Treasure House or the Captain’s Place. The Captain would act together with puppets, guests, or other members of the cast. Captain Kangaroo had more guest stars than many filmed, scripted, prime time shows. Guest stars included Shari Lewis, Mister Rogers, Joan Rivers, Phyllis Diller, Bill Cosby, Ruth Buzzi, Minnie Pearl, Phil Donahue, Andy Griffith, Dr. Joyce Brothers and several others.

The opening sequence could even change. The show would begin with the theme music starting up. Then The Captain would unlock the doors of the Treasure House from the inside and open them and viewers would catch their first sight of him. At that time he would place the keys to the Treasure House on a nail, and the music would stop. However, from time to time the Captain could not get the keys to stay on the nail. When they fell off, the music would start playing all over again.

You never quite knew what would happen on each show, but at different times of the year, like as the Christmas season, skits featuring paper cutouts of stories like The Littlest Snowman would be shown.

Regular features included Tom Terrific and The Magic Drawing Board. The Captain would read stories that introduced children to books like Make Way for Ducklings, Curious George, Sweet Pickles, Stone Soup, and Mike Mulligan and His Steam Shovel.

My favorite individuals on the show were Grandfather Clock and Dancing Bear. Dancing Bear didn’t speak and he only appeared in short subject features. However Dancing Bear often danced waltzes to the background music, hence his name.

Beginning in 1974 and into the 1980s, the show was opened with an assortment of people wishing the Captain “Good morning”. Many times the openings featured who weren’t celebrities, but some of them featured stars from TV shows, most of which were broadcast over CBS, like The Bob Newhart Show, The Price is Right, Match Game, M*A*S*H, Alice, and One Day at a Time, as well as characters from another network, including William Shatner and Leonard Nimoy who were, dressed as Captain Kirk and Mr. Spock, characters from Peanuts, Big Bird from Sesame Street, and Fred Rogers from Mister Rogers’ Neighborhood. The assortment of “good mornings” always concluded with the Captain returning the greeting before program started.

At the close of each episode, the Captain would advise the parents who were watching the show to spend quality time with their children every day and he would often show ways in which they could do so. Later it the shows run, that changed to him saying, “Well, what would you like to do today? You know it could be a good day for…” singers would sing a song about different the things you could do while a short film clip of each of them was represented. It ended up with the singers saying, “There’s so much to do. These things are just a few.” It would then cut back to the captain who would say “Well, whatever you do, have a great day.”

He had received honorary degrees from six colleges and universities, and his professional awards include three Peabodys and an Emmy. Like many people, Captain Kangaroo had a Western New York connection. He received an honorary doctorate of humane letters from Alfred University in 1969.

Norb is a writer from Lockport. His email is nrug@juno.com.