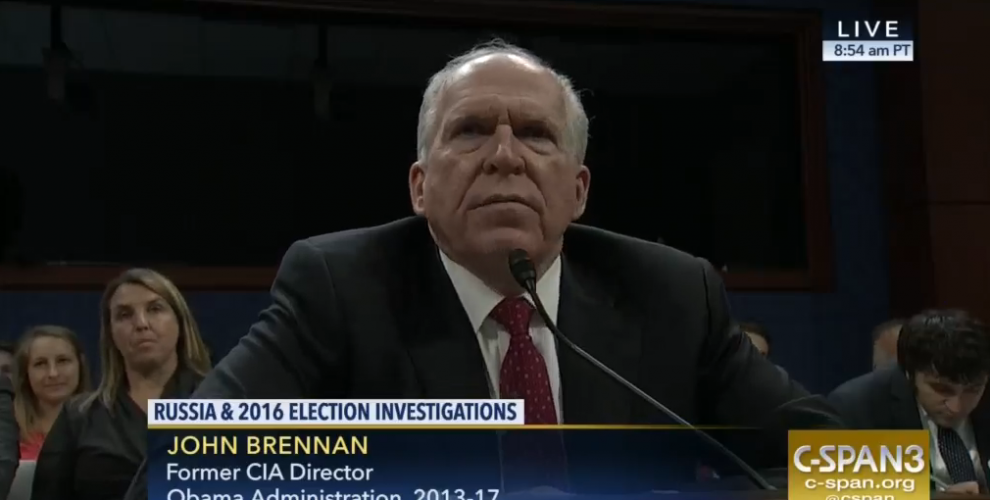 The FBI has been getting all of the attention in the Deep State’s slow-motion soft coup against President Donald Trump, but Obama CIA Director John Brennan was in up to his nose on this abuse.

And it will surprise no one that Brennan seems to have worked hand-in-hand with Senator Harry Reid, then-Democratic leader in the U.S. Senate.

We’re aiming to find out just how these two gentlemen worked their plan. We have filed a Freedom of Information Act (FOIA) lawsuit against the Central Intelligence Agency (CIA) for records of communications with former Senator Harry Reid (D-NV) and his staff regarding the anti-Trump dossier funded by the Clinton campaign and the Democratic National Committee (Judicial Watch v. Central Intelligence Agency(No. 1:18-cv-01502)).

According to ‘Russian Roulette,’ by Yahoo! News chief investigative correspondent Michael Isikoff and David Corn, the Washington bureau chief of the left-wing Mother Jones magazine, Brennan contacted Reid on Aug. 25, 2016, to brief him on the state of Russia’s interference in the presidential campaign. Brennan briefed other members of the so-called Gang of Eight, but Reid is the only who took direct action.

Two days after the briefing, Reid wrote a letter to then-FBI Director James Comey asserting that ‘evidence of a direct connection between the Russian government and Donald Trump’s presidential campaign continues to mount.’

Reid called on Comey to investigate the links ‘thoroughly and in a timely fashion.’

Reid saw Brennan’s outreach as ‘a sign of urgency,’ Isikoff and Corn wrote in the book.

‘Reid also had the impression that Brennan had an ulterior motive. He concluded the CIA chief believed the public needed to know about the Russian operation, including the information about the possible links to the Trump campaign.’

Indeed, on August 27, 2016, Reid wrote a letter to Comey accusing President Trump’s campaign of colluding with the Russian government.

We filed our FOIA lawsuit in the U.S. District Court for the District of Columbia after the CIA failed to respond to our simple February 12, 2018, FOIA request for:

Brennan has come under public scrutiny as one of the suspected prime movers of the ‘Spygate‘ scandal against then-candidate Trump and his team during 2015 and 2016 and later against President Trump and members of his administration.

Brennan himself has revealed his deep-seated animus toward President Trump and used his media platform as an MSNBC commentator to repeatedly attack the president.

When the full extent of your venality, moral turpitude, and political corruption becomes known, you will take your rightful place as a disgraced demagogue in the dustbin of history. You may scapegoat Andy McCabe, but you will not destroy America…America will triumph over you.

In response to the president’s tweet that former FBI director Comey is a ‘proven leaker and liar,’ Brennan retweeted and responded in April 2018 that President Trump’s administration is a failing ‘kakistocracy.’

Obama CIA Director John Brennan’s unhinged attacks on President Trump help explain the Obama administration spying abuses targeting Trump. The mere fact that we had to file this lawsuit shows the CIA has something to hide on Obama-era abuses and collusion with Democrats in Congress to target then-candidate Trump.

Per the usual stonewalling, the National Security Agency refused to confirm or deny the existence of intelligence records about communications between Gen. Flynn and Amb. Kislyak.

That our nation’s federal spy and police agencies were hijacked for partisan gain is frightening.