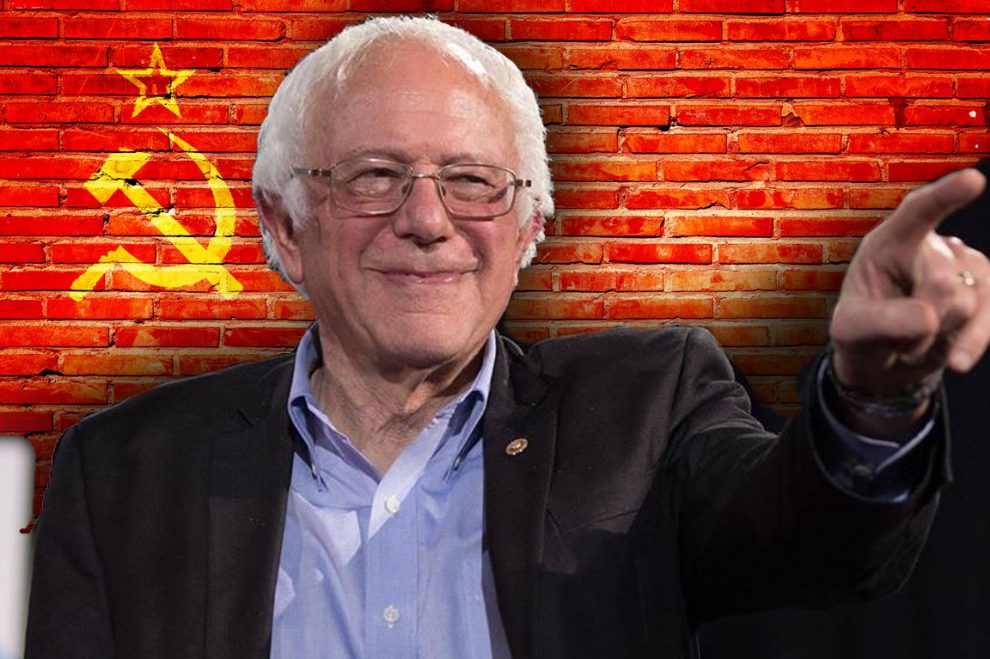 Bernie’s assault on the U.S. claims of greatness

I don’t think I’ve heard honesty from a mainstream-party presidential candidate in virtually half a century.  Suddenly I don’t feel utterly marginalized as an American voter left with nothing but despair as I wait to learn which “lesser evil” the Dems will serve up for me as a candidate.

The words are those of Bernie Sanders, of course, standing up to the red-baiting the moderators and some of the other candidates were slinging at him during the latest debate, trying their best to bring him down.

He went on: “That includes the fact that America has overthrown [democratic] governments all over the world — in Chile, in Guatemala, in Iran.”

Well, yeah, but . . . we’re still the greatest country on the planet, right? I get why the corporate media hates Sanders and wants to get rid of him ASAP. The American political center (as it likes to call itself) has done a helluva job marginalizing the truth-wielding, anti-war, pro-empathy, pro-sanity wing of the American population ever since the early ’70s, in the wake of George McGovern’s shattering defeat by Nixon. The taming of the liberal agenda cleared the way for the Reagan domestic counter-revolution and allowed the U.S. military’s recovery from Vietnam and public distaste for war. Now an endless, profit-spewing war is quiet background noise.

Along comes Bernie Sanders, giving voice to ideas that have long been declared taboo in American politics, certainly at the level of presidential politics.

Sanders is leading in the polls and has won the early state caucuses and primaries, but there’s no telling if he’ll succeed in actually claiming the Democratic nomination or succeed in defeating the orange-haired one, much less pushing a progressive, peace- and environment-conscious agenda through Congress. But this much seems apparent right now: He’s beating — and deconstructing — the centrist media.

These highly paid bouncers are used to defining the political limits of American spectator democracy and they are contemptuous of someone like Sanders, not to mention the constituency for whom he speaks. A glaring example of this contempt was Hardball host Chris Matthews’ idiotic blather on MSNBC last week in the wake of Sanders’ big win in the Nevada caucus. Matthews in a twisted analogy compared Bernie’s victory to the Nazi invasion of France in 1940.

Well, it turns out Matthews hit himself in the head with his own hardball. His profoundly offensive analogy immediately generated a #FireChrisMatthews hashtag and he was forced to spew an apology in order to keep his job.

“Senator Sanders,” he said two days later on his show “Hardball,” “I’m sorry for comparing anything from that tragic era in which so many suffered, especially the Jewish people, to an elected result in which you were a well-deserved winner. This is going to be a hard-fought, heated campaign of ideas.”

The apology was accepted by the Sanders campaign, whose manager said “we hope to get fairer coverage going forward.” And maybe they actually will! But what’s worth pondering for a moment is the atmosphere behind the scenes at MSNBC, and throughout the corporate media, prior to Matthews’ remark. Sanders had relatives murdered in the Holocaust, for God’s sake, but how could such a stupid comment form in a pundit’s consciousness as a newsworthy observation about any candidate’s victory? The anti-Sanders, and therefore anti-progressive, atmosphere at MSNBC must have been wide open and uncontained.

And indeed, consider one of the primary lines of attack on Sanders, the democratic socialist, by the corporate media: red-baiting.

Red-baiting is a throwback to the unrestrained Cold War era, in the early ’50s — the McCarthy era, when a grotesquely hypocritical moral righteousness gained sufficient governmental power to limit Americans’ freedom of speech. Even the freedom to think was under attack by poisoning progressive political ideas and positions with the label “communist.” Has this era returned?

Sanders has been lambasted recently for such sins as saying something good about Fidel Castro, telling Anderson Cooper on “60 Minutes”: “It’s unfair to simply say everything is bad, When Fidel Castro came into office, you know what he did? He had a massive literacy program. Is that a bad thing? Even though Fidel Castro did it?” Pundits have been trying desperately to tear Sanders to shreds over this outrage (and seem to have no memory of the heavily mobster-linked Fulgencio Batista, the Cuban leader overthrown by the Castro revolution).

The media has also made a point of reporting that Sanders has been briefed by U.S. intelligence that the Russians are attempting to help his campaign. Although the implication is Russia supports Bernie’s democratic-socialism the truth is more devious. The Russians want Trump reelected and any support they have for Bernie Sanders is because he’s the candidate least likely to defeat Trump. While the briefing occurred over a month ago, it only became news, reported by the Washington Post, the day before the Nevada caucus. Sanders’ response: “I don’t care, frankly, who Putin wants to be president. My message to Putin is clear: Stay out of American elections, and as president I will make sure that you do.”

And then there was the New York Times, throwing such poison seeds into the wind as “his support for the Sandinistas” — as though there weren’t legitimate reasons to support them and extreme controversy during the Reagan years about U.S. support for the anti-Sandinista rebels in Nicaragua, known as the contras, the focus of the secret arms deal, Reagan’s Iran-Contra scandal. And in the same paragraph, the Times seems to summon the ghost of Joseph McCarthy, informing America that Sanders had his “honeymoon in the Soviet Union.”

Can you imagine electing a president so arrogant he actually claims the right to think for himself and challenge U.S. foreign policy, past and present? A president who honeymooned under the Soviet moon?

As the media is pointing out, with Bernie Sanders — we’re good, they’re bad — is under assault in 2020.

Click here to post a comment
The Problem with West Virginia Forced to Teach Bible Classes in All Public High Schools by James A. Haught
MON MAY 4- Metal comes to Iron Works with FOZZY and THROUGH FIRE