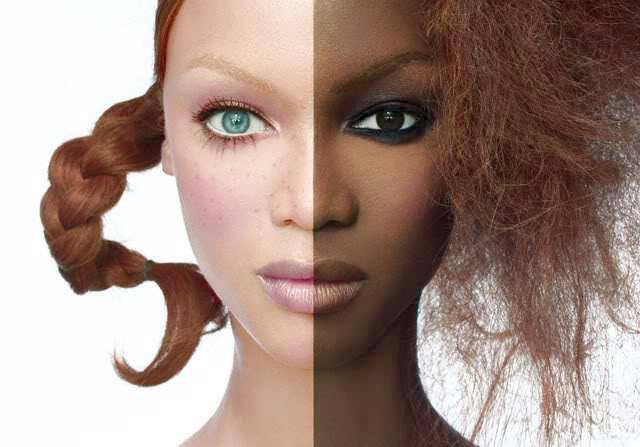 Artvoice is happy to announce that we have a new columnist. He is a well known health foods producer and distributor, and a wellness authority: Gerald R. Dewes.

His products are consumed all over the world and include the famous Alvita Teas, as well as a line of superb syrups found in many favorite drinks, made with ingredients such as stevia, honey, pure cane sugar and never with carcinogenic sweeteners. His coffee beans are consumed as coffee in many of the finest restaurants in the world, and his remarkable new baked corn chips have exploded on the market much like they explode on your taste buds.

Now the fine foods mogul has consented to write on health topics, based on his considerable trove of knowledge, not only about foods and supplements but how the industry works. His first topic is on a subject he feels strongly about – the misuse of skin whiteners by misinformed consumers.

Maybe things will change with the Black Lives Matter movement. But for years, one of the biggest trends in aesthetics has been skin lightening or bleaching.

The idea has been that lighter is more beautiful, more desirable. It is especially prevalent in Asia, and India in particular.

Let us skip past the racist notion that beauty is something that can improve with lightness, and instead look more precisely at the health issue.

Before doing so, I would like to say that it is not exclusively darker-skinned people who want to become lighter, but it is also quite true that lighter-skinned people often seek to look darker, buying tanning lotions and sitting out in the sun, risking skin cancer, to get a brownish tint to their skin.

For purposes of this article, I am addressing only the trend of darker-skinned people who want to become lighter- and who use certain products that contain dangerous chemicals to achieve their goal.

Unfortunately, the majority of chemicals in whiteners are harmful and, in many cases, deadly.  Another name for skin lightening is “bleaching” and bleaching your skin is never a healthy thing to do.

And just as people worldwide are addicted to tanning, which may or may not be healthy, there are many addicted to bleaching, which is never healthy.

Celebrities like Beyoncé, Nicki Minaj, Rihanna, Keri Hilson and Lil Kim are said to be lightening their skin, for aesthetic purposes.  But many more, from all walks of life and socioeconomic backgrounds, see “white is right” as a reason to lighten.

There may be a racist societal component in this.

In 2015, another study found that white interviewers regarded light-skinned black and Hispanic job applicants as more intelligent than darker-skinned interviewees with the same qualifications.

Cynthia Sims, of Southern Illinois University, found a gap in career opportunities between dark and light-skinned women in India, while a Seattle University study by Sonora Jha and Mara Adelman found that the chances for a dark-skinned Indian woman dating online were “nonexistent”.

In Bollywood, India’s version of Hollywood, the obsession with light skinned actors has reached fever pitch. One watching some of Bollywood’s movies would think they are using English or American White actors.

Many Bollywood actors are reputedly whitening their skin. 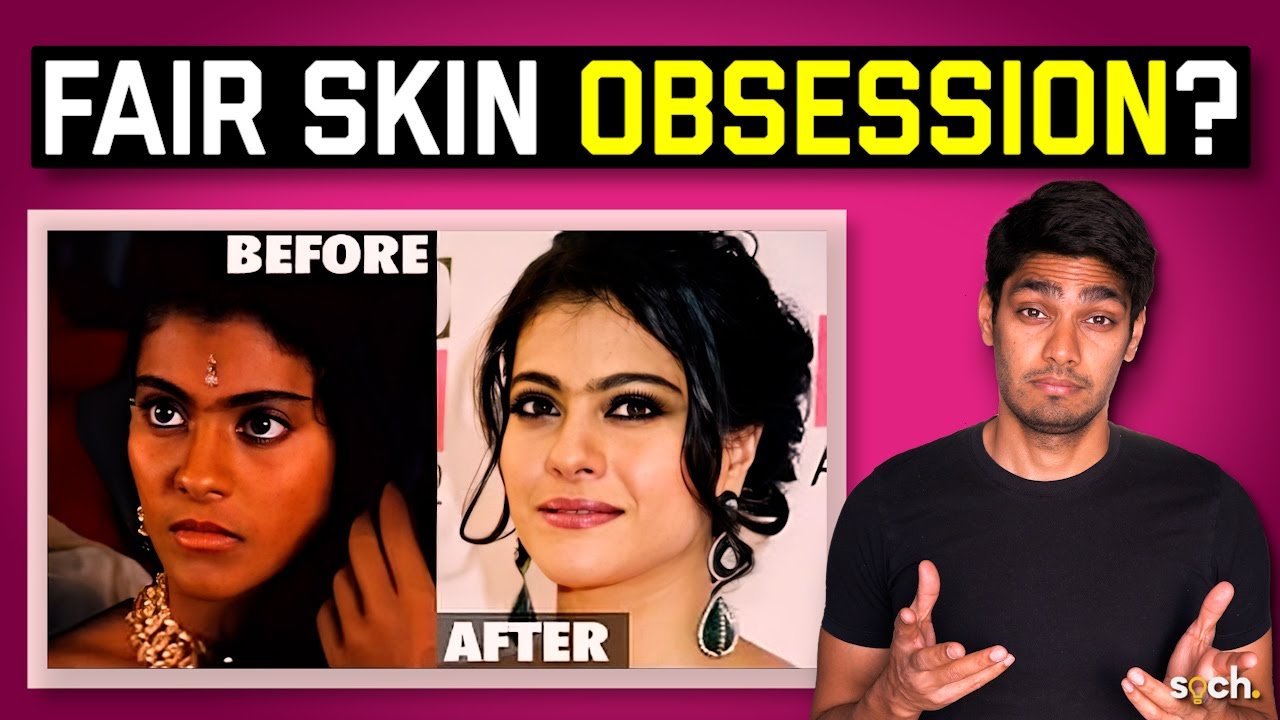 They may feel it is to their advantage. Studies have consistently shown that in the competitive market for jobs and marriage, lighter skin has advantages.

Hopefully this will change with the ideas inculcated in the best ideals of the Black Lives Matter movement and perhaps we can achieve a day when the skin color you are born with is to be cherished and accepted without prejudice or any preconceived notions.

But change is usually slow, and at this moment there are countless women and men taking chemicals to lighten their skin. Many of them do not know that the ingredients and components used in skin whitening products are carcinogenic substances.

These so-called beauty products increase the risk of cancer and organ damage and “should be avoided at all costs,” as the UK’s Local Government Association reported. Even over-the-counter skin-lightening creams are “like paint stripper,” according to a UK Local Government public health alert.

The use of lightening chemicals leads to long term health issues. In many cases irresponsible manufactures ignore the possible death sentence they sell.  This is not unlike the tobacco industry, but, at least in America, Big Tobacco is required to put a warning label on their death-causing product. 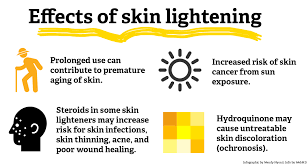 Here is a list of some chemicals found in skin lighteners.

Mercury: Mercury is toxic. It can cause kidney failure and damage to the nervous system. It is an unregulated ingredient in most countries. Ironic –we take great pains to avoid mercury in our food, yet mercury is, in fact, present in skin lightening products and easily absorbed by the skin.

Steroids: (or corticosteroids) in skin care products cause vasoconstriction or thinning of the blood vessels. This causes less blood to flow to your skin to give it a pale look. However, this can affect blood pressure levels, blood sugar levels, cause depression and headaches. It also thins the skin so it reduces melanin, which actually causes sensitivity to sun and UV rays. It can cause skin cancer.

These ingredients are used in small amounts as preservatives in food. They are used more readily in skin whiteners Both are anticipated carcinogenic substances and proven to cause animal cancer, especially above minimal limits.

Hydroquinone. The FDA proposed banning this skin lightener for years. In Europe, the use of Hydroquinone has been banned for use in skin lightening products since 2001. Its use in skin lightening has been associated with leukoderma-en-confetti, a condition that is characterized by confetti like depigmented areas of the skin, and ochronosis. Renal adenomas and leukemia occurred in animal experiments indicating the nephrotoxicity and carcinogenic properties of the substance.

This is a toxic substance used to emulsify skin creams and can contaminate cosmetics. It is unregulated in most countries. Exposure to large amounts of dioxane can cause kidney and liver damage.

Constant use of skin lightening products has been proven to cause cell mutation and damage due to the absorption by the skin. These products also cause the production of free radical cells in your body that causes cancer.

While cancer may be the final result, along the way, organ failure, liver damage, brain damage, psychosis, depression, blood sugar irregularity etc. can be acquired immediately.  Many people who take skin whiteners have found that, while they do not get any fell disease, they just do not feel well. This may because of the harmful ingredients in the products that are inimical to well being and good skin health.

So what drives the manufacturing of these harmful products?

Money obviously  The use of skin lighteners is big business, projected to be $31 billion by 2023, according to Global Industry Analysts, and fueled primarily by the middle class growth in the pacific Asia region.

The list of companies which manufacture skin bleaching and lightening creams with harmful ingredients is not limited to no-names either. 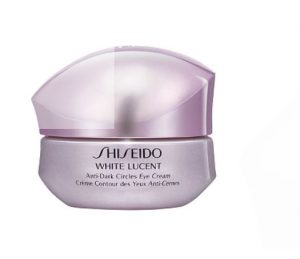 Monopotassium salt, an ingredient in White Lucent’s secret formula, is also used as a pesticide, according to an EPA. 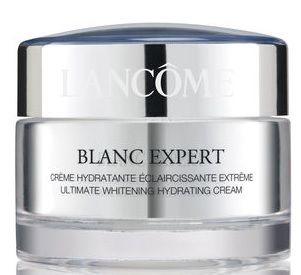 Lancome: The Blanc Expert product line by Lancome has several bleaching products. According to Lancome’s website, Blanc Expert “features the latest brightening technology designed to regulate melanin production and awaken the luminosity of the skin.”

The Lancome proprietary blend called Melanolyser™ contains a yeast extract that dissolves and prevents the formation of the melanin that cause skin pigmentation and darkening. Kojic Acid Dipalmitate is another ingredient used in Blanc Expert products and is known for its skin-whitening effects. The International Journal of Molecular Sciences published a report in 2012 revealing that exposure can lead to a disrupting effect on thyroid metabolism and can possibly be a carcinogen. 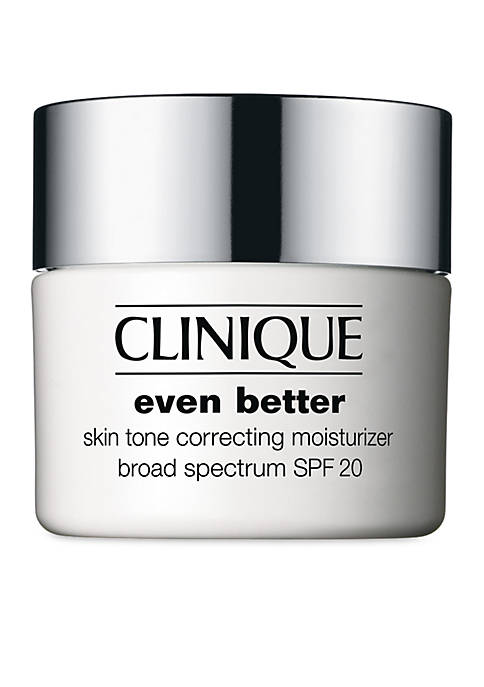 Clinque claims to even skin tone by diminishing dark spots with its Even Better skin-bleaching products. An active ingredient in Even Better products is dimethoxytolyl propylresorcinol. This ingredient is known to inhibit tyrosinase, which is the enzyme in skin that produces melanin. 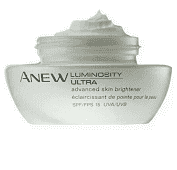 Avon: The Avon advanced skin care product line, Anew, has a collection of skin-brightening products called Luminosity. According to Avon’s website, the moisturizer and serum-bleaching systems are supposed to reverse the signs of aging by diminishing skin darkening that occurs with age. 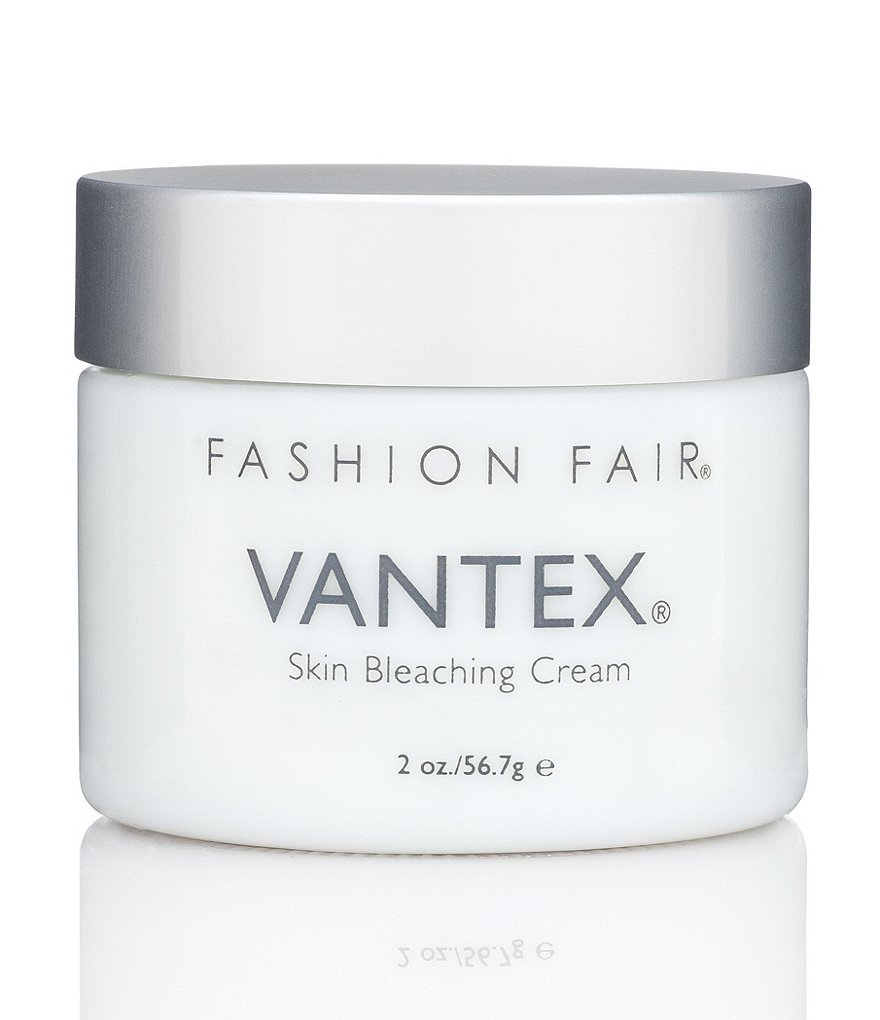 The active ingredient in most Vantex products is Benzene 1, which is a flammable chemical also found in cigarettes. Benzene has been banned in several countries. According to the Centers for Disease Control and Prevention, the major effect of Benzene exposure for a year or more is on the blood. Benzene can cause harmful effects on the bone marrow, and it could lead to a decrease in red blood cells, leading to anemia. It may also cause excessive bleeding and affect the immune system, increasing the chance for infection. 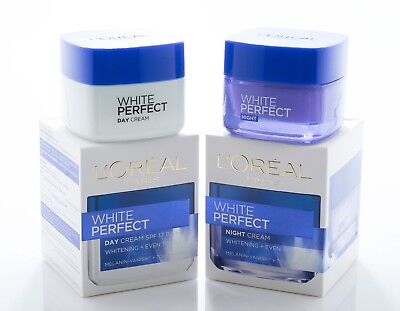 L’Oreal: L’Oreal claims 23 percent of global skin care sales, making it the top-selling skin care and cosmetics brand in the world. According to its website, the White Perfect skin-whitening product line is “enriched with Tourmaline Gemstone and vitamin C, which has proven action against melanin synthesis.

Another active ingredient, Octocrylene, penetrates the skin and acts as a photosensitizer. This results in an increased production of free radicals under exposure to sunlight.

A 2010 study conducted by researchers from Centre Hospitalier Universitaire have shown that indirect DNA damage can be a result of prolonged exposure to Octocrylene. An increased concentration of free radicals can possibly to lead to skin cancer. 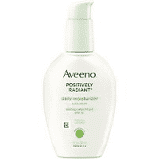 Although Aveeno products are advertised as a natural solution to skincare, their complete ingredient lists would prove otherwise. For example, one ingredient in the Positively Radiant Brightening Cleansing Wash is a topical antiseptic called Benzalkonium Chloride. Drugs.com reports that side effects of exposure to this chemical include severe allergic reactions (rash, hives, itching, difficulty breathing, tightness in the chest, swelling of the mouth, face, lips or tongue), infection, severe or persistent irritation, redness, pain, or swelling. 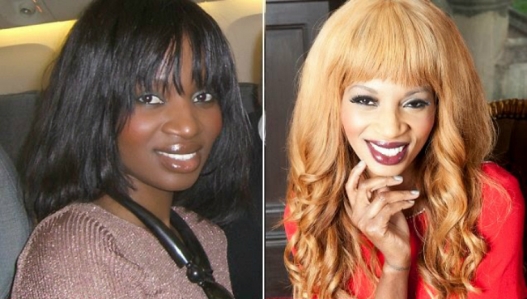 Now it is true that some companies that sell skin whiteners are feeling the pinch of equating their marketing of products as akin to the marketing racism. L’Oréal al announced it will remove words like “whitening” from its products.

Johnson & Johnson said it would stop selling some Neutrogena and Clean & Clear products, advertised as dark-spot reducers in Asia and the Middle East.

But the products, even with new names, are still poisonous.

After pressure from Minnesota public-health and environmental activists, Amazon removed more than a dozen skin-lightening products with toxic levels of mercury off its website.  But as long as there is demand, the products will be sold on platforms other than Amazon.

On a recent trip to the Philippines I observed whiteners being sold in corner markets, convenience stores, street carts as well as the large departments and drug stores. Most products had labels listing ingredients known to be harmful. Others were devoid of labeling.

As the market grows in tandem with the desire to maintain a light complexion, there will be people who will choose their notion of beauty and use the magical thinking – known to many tobacco smokers  – that they alone won’t get sick from the disease producing products they consume.

How many people who wound up with lung cancer employed that brand of magical thinking up until the day of their diagnosis? People, who fooled themselves into believing that the cancer-producing chemicals in the products they consumed would only affect others, never them.

It is the same with skin whiteners.

The best we can do is inform and educate. I make no comment on whether it is desirable to be darker or lighter than the skin you were born with, but, the one overriding issue is that most of the products that accomplish true lightening are dangerous to long term health.

Maybe, you might just consider the fact that light or dark or in between, you are simply better off as you are. 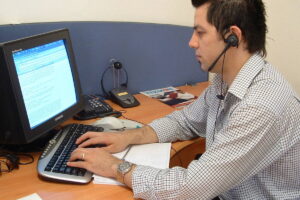 Gerald R Dewes is the editor of the 'Finance' section of Artvoice.