Fashion is an enormous industry, especially these days.

In fact, it’s an industry so large that it can’t really be talked about in generalizations, at least most of the time.

There are, of course, big designer brands that most people have heard of, even if they don’t own any of their pieces.

Then there are the fast fashion companies that offer somewhat trendy clothing items, making it possible to change out your entire wardrobe just about every season without breaking the bank.

Then there are the fashion publications that focus on specific aspects of the much larger fashion industry.

Today we’re going to be diving into one of these publications by way of one of their designers.

Hommegirls is a bi-annual publication founded by Thai-American fashion designer Thakoon Panichgul. One of the most important concepts behind the publication is serving women who like to shop for clothes in the men’s department.

This concept also opens the door for much larger discussions about design and shopping trends and even the stringent expectations that the traditional side of the fashion industry has created for women.

Getting to know Roslyn Fok

We recently had the chance to talk to Roslyn Fok, a prominent graphic designer and art director who has worked with major brands, such as Nike, Converse, and Chanel.

Fok was originally brought in to design the Spring/Summer 2019 issue of Hommegirls, and she has since served as art director for multiple stories that highlight interesting takes on women’s fashion.

Our conversation with Fok gave us the chance to learn a lot more about her work, as well as about the fashion industry as a whole and the ways in which publications like Hommegirls are challenging the status quo.

Let’s start right off with a quick look at how Hommegirls has offered an important perspective within women’s fashion.

It’s not very difficult to get a sense of how the fashion industry tends to pigeonhole women with marketing and its choice of runway models. Fashion marketing supports a very specific idea of what women want and how they want to appear to others.

Even more importantly, this has been a trend for as long as marketing has existed.

You can look back at newspaper advertisements from the 1800s that limited women’s fashion choices and implied that having specific items would attract a husband and increase social clout.

But even today, the clothing items offered to women have their own way of reinforcing stereotypes and traditional roles.

In particular, the separation between men’s and women’s clothing departments has only become more and more confounding as more progressive views on gender identity have gained widespread acceptance.

It’s also simply a matter of personal preference. No matter who you are, you might find a clothing item that you really like, an item that just happens to be in a department that, according to certain fashion designers, isn’t really meant for you.

Hommegirls has made a real effort to push back against these ideas, speaking out in favor of not gendering clothing in any significant way.

If someone likes to wear clothing that has a looser fit, they shouldn’t feel limited by the manufacturer’s ideas about who was ‘meant’ to wear that piece.

Fok clicked with Hommegirls’s principles right away, and she felt that it was providing the opportunity for fashion to reflect the strength of the women in her life.

“Traditional portrayals of women in the media are a little skewed and don’t match the strong female figures that I grew up with. It’s been refreshing to see a publication challenging the norms and empowering women. Also, diversity is a strong suit in the publication, and as someone with a multicultural background, I feel strongly that it’s important to have these voices heard.”

So far, Hommegirls really has been a way for those other voices to be heard, both when it comes to multicultural background as well as design goals.

Fok has even art directed a number of shoots for the publication that featured forward-thinking fashion icons such as Alexa Chung, Paloma Elsesser, and Sasha Lana.

So now that we know more about what Hommegirls aims to do, what has the response to the publication been like?

As you might expect, and as Fok confirmed, many people have been excited to acknowledge the diverse voices that the publication has continued to highlight.

“I’ve been seeing the response on social media. It’s been so great to see the audience embracing the diverse voices included. I love publications and books and seeing the issue sold in bookstores and newsstands around the world has been really exciting for me.” 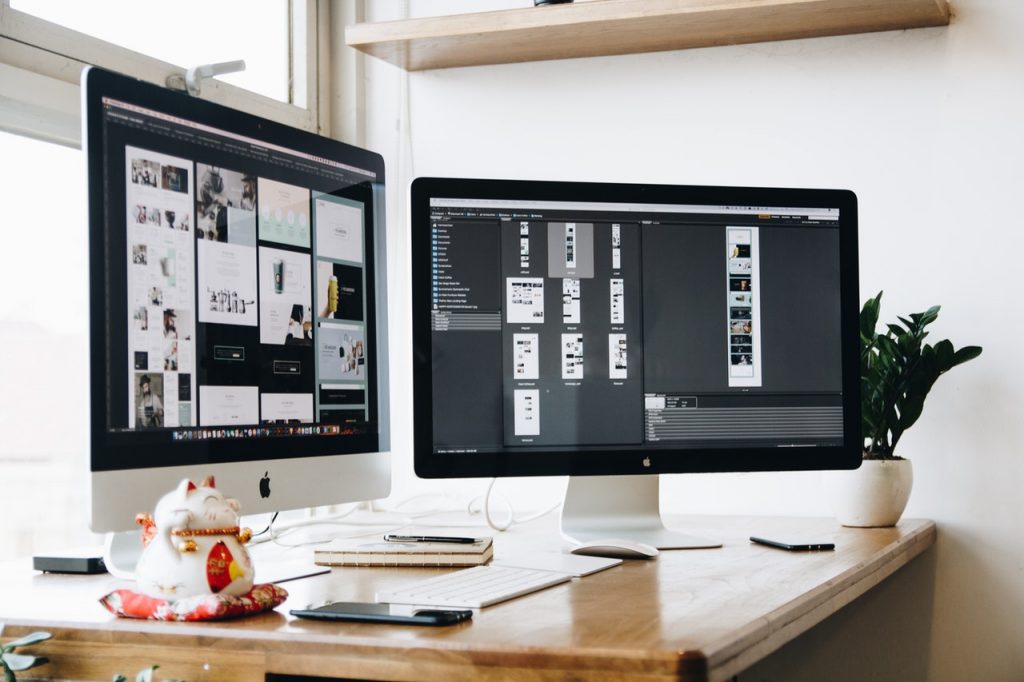 As we mentioned earlier, large-scale changes to our perception of fashion and gender ‘norms’ have created a unique opportunity for those willing to open up the conversation and see what others have to say.

Hommegirls in particular has done an excellent job of bringing in people who have different ideas about fashion as a whole and how the art of fashion can be shared with others, especially those outside of the immediate fashion community.

This has created an increased sense of accessibility, which is a significant shift for an industry that has, historically, been extremely exclusive and even elitist.

Shifting gears to the specifics of Fok’s design work for the publication, we were interested to hear about how she has approached these projects.

As any professional creatives will already know, there is an ongoing challenge when it comes to style and approach.

For example, if you’re already a very successful graphic designer, as Fok is, there may be a question as to how much of your own style you want to inject into each project. On the other side of the equation, maybe you’d just want to stay consistent to the brand’s pre-established style.

For Fok’s work on Hommegirls, the design philosophy included a mix of both. She has focused very much on giving Hommegirls a consistent design feel while also giving herself enough flexibility to make each iteration of the publication feel distinct.

“My design philosophy is to design as thoughtfully as possible. With each issue, I try to bring in design elements that either encapsulate the issue’s theme or honor the cover imagery in a way that feels exciting and fresh, taking into consideration the audience and the creative direction to be executed.”

In a way, Fok’s design approach to her work on Hommegirls aligns itself perfectly with the overall goals of the publication itself.

Rather than making bold style choices that might not work well for everyone, she meets the publication where it already is, just as Hommegirls provides differing perspectives rather than promoting a single approach to fashion.

Fok’s design philosophy certainly extends to her design work elsewhere in the fashion industry. Experience has shown her that respecting major design choices that have already been made by each brand always pays off.

That way, customers, readers, etc. will always be able to recognize the brand’s design while still appreciating the overall quality of Fok’s work.

“I think that honoring each brand and their unique perspective within the industry is something that I bring into every project, including Hommegirls. I think my experience has allowed me to really examine who I’m designing for and what design choices I can make to help the brand brighten someone’s day.”

We might even say that this kind of dedication is the mark of a good designer: less ego, more adaptability.

Rather than showing off and making each project entirely their own, professional designers know how to use bits of their own style to highlight the strengths that are already there. 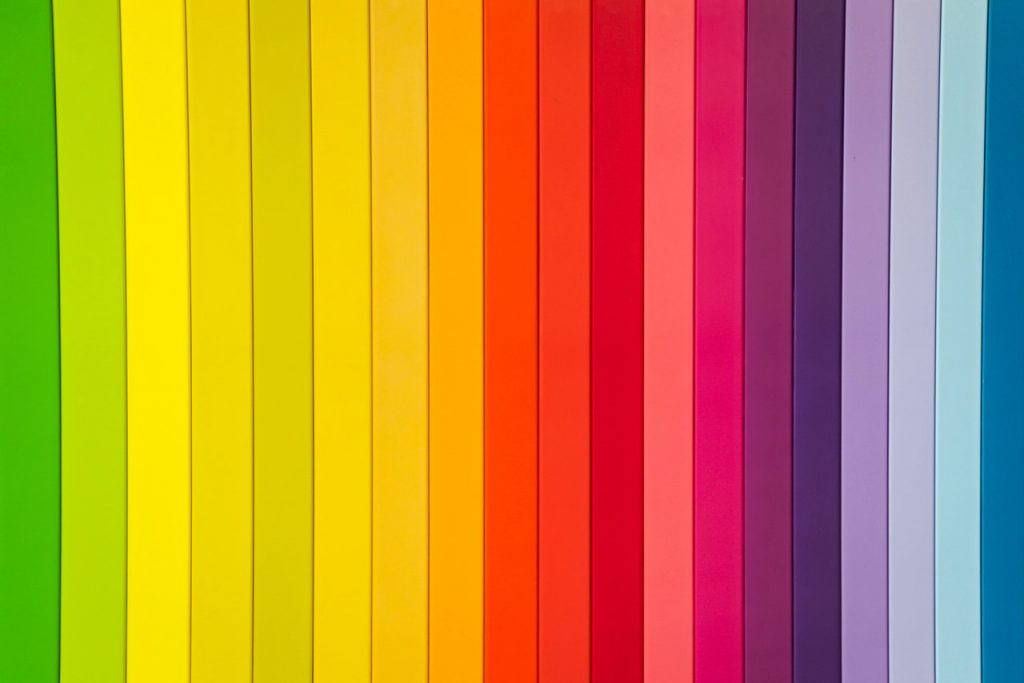 Speaking to the masses

To close, we’d like to talk about Fok’s motivations when it comes to design. There has been a lot written about the purpose of graphic design, from very practical perspectives to philosophical understandings of design work and the visual arts.

But we don’t have time here to go quite that deep. Instead, we’d like to focus on Fok’s response, which speaks to the ability of design work to, well, speak.

“I try to balance a sense of simplicity and fun in my design work to engage the audience without alienating them. The most rewarding part to me is that, through my work, I’m able to speak to the masses with a simple graphic element and create something that resonates with a diverse group of people.”

In the end, visual design work really is like its own language. It has a kind of grammar and syntax of its very own, and as we all know, it can definitely say something to its audience.

With Fok’s work in mind, we can be hopeful that design will continue to promote new ideas in fashion and beyond.