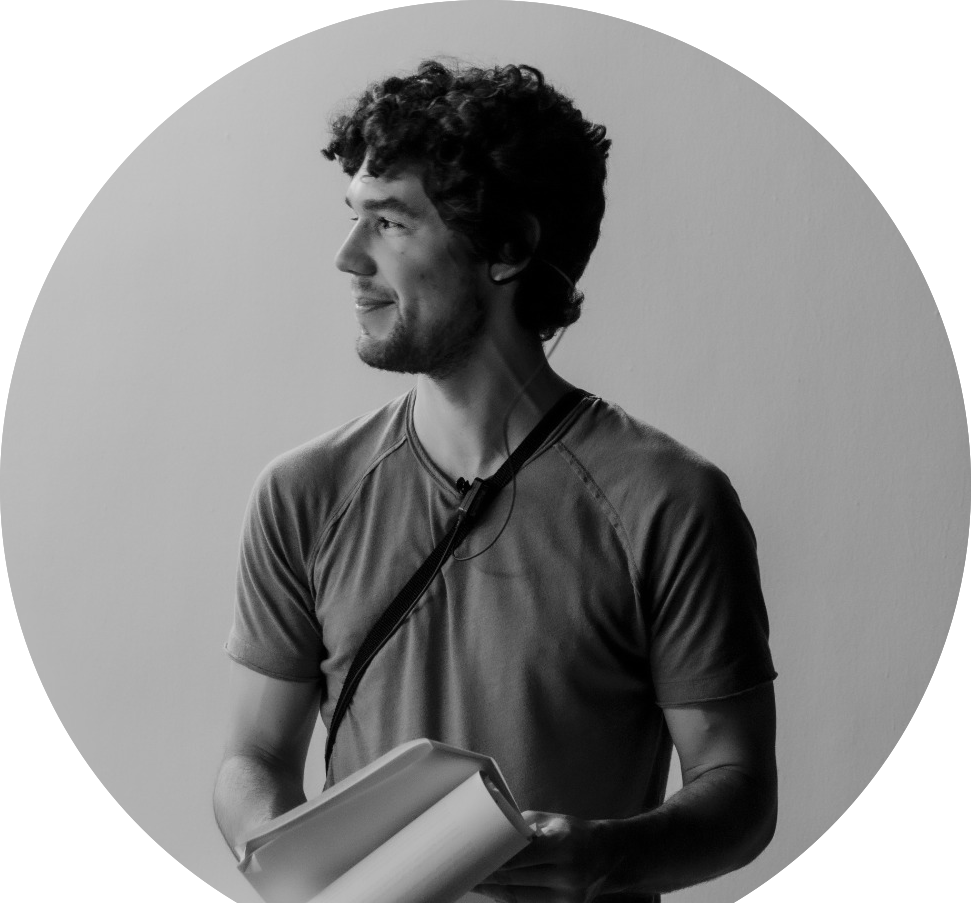 XR expert Rodrigo Correia discusses advances in XR tech and a selection of his projects.

When I talk to people about XR, that’s ‘extended reality,’ which includes AR (augmented reality) and VR (virtual reality) and other, newer forms as well, I tend to get very different responses.

Certain people, almost always people who haven’t spent much time interacting with various XR technologies, show slight interest, but only as little more than a novelty.

But as with any emerging medium, there are others who recognize both the present and future value of that medium, and they want to fully explore every possibility.

I’ll be covering one such artist here today, and since there’s so much to cover, I’ll just jump right in and give him a proper introduction

Mr. Correia has been instrumental in numerous XR projects, both commercial and artistic, for many large clients, including major multinationals like Renault and Ericsson, and we’ll be taking a look into several of those projects today.

Later, we’ll get Correia’s take on where XR technology and content still have room to advance and why that potential growth is so exciting.

The title is based on a word for heaven, the spiritual world, and the entire symbolic dimension, belonging to the Yoruba people of Western Africa.

To create Orun, Scamparini traveled through Brazil, collecting video testimonials regarding individuals’ views on the sky.

Of these, 62 videos were selected for inclusion, the number representative of the 62 moons of Saturn.

In the original installation, spectators could walk through this collection of videos, each one played on its own screen, and be surrounded by many different dialects of Portuguese and thirteen different indigenous languages.

The aim of ORUN VR is to extend the installation, and that’s exactly what Correia will do as a director, in collaboration with Scamparini, Bruno Pedroza, and Raquel Valadares.

The installation will become a virtual universe where each interviewee is their own celestial body, which participants can enter to experience that person’s interpretation of the sky.

Of the project, Correia has this to say:

“I am very excited to be one of the directors of this project, I believe it has the potential to touch the participants on a deeper level, to value and appreciate diversity, and wonder about their place on Earth, their interpretation of what connects us, the sky that we all share.”

This project started with Pescan Automotive Group, which manufactures and distributes products for the automotive industry.

The company was looking to get the word out on a new line of Renault Motrio products. Renault Motrio VR Training instructs sales personnel about this line of products, educating participants on proper maintenance, application, and selling.

Fittingly, it’s a highly interactive experience, where participants are essentially quizzed about the content, with results showing on a scoreboard in a futuristic space.

Correia was the writer and co-director of this project, along with Bruno Pedroza, and he commented on the difficulty of executing technical writing in a way that was also entertaining and engaging.

There was even a hologram machine with 3D models of products, vehicles, and objects available for interaction.

It seems to have worked, as hundreds of attendees of the Renault Automotive Conference experienced the training and had great things to say about it.

Correia also highlighted the project’s creative use of scale, featuring an elaborate animated miniature with a traffic jam and miniature dealership.

“Playing with scale is a great strength of virtual reality. The participant’s attention could quickly shift from the large-scale futuristic office to the miniature models on the table, which makes the training more dynamic. This project demonstrated the power of virtual reality as a learning tool. VR is able to retain the participant’s attention with active learning by creating engaging scenarios, interactive elements, and immersion in the content.”

Interozone VR Experience was based around Interozone, which manufactures products for some of the biggest auto brands in the world, including Volkswagen and Renault.

But what is the Experience? It’s a VR game that starts you off in a futuristic lab with interactive screens and 3D models.

After learning about the relevant products, the participant is taken to a workshop where they are tasked with replacing a damaged tire.

Meanwhile, in the background, data management software and ranking system tracked the time to complete and placed each score on a scoreboard, with the top players receiving prizes.

Perhaps best of all, the game was created in such a way that it could be modified to work with products for different brands, and it was later deployed for Volkswagen, Renault, and Chery conventions.

Correia and Pedroza both wrote and directed the Experience, and Correia says that it was definitely a creatively fulfilling and rewarding process.

“I see it as crafting a snow globe. After you design the scene, the environment, and the elements, then you can place someone to inhabit that miniature universe you created. It’s a great feeling to watch hundreds of people wearing the VR headset and trying it out. We redesigned the experience for each following company, changing the logos, layout, and vehicle.”

The Ericsson + Claro project, for which Correia directed Broder’s contribution, was something very special.

As the name implies, it was a joint effort between Ericsson and Claro, but also between five different companies that needed to carefully coordinate so that everything could run smoothly.

This was the first multiplatform 5G activation in Brazil: a live performance from renowned Brazilian musician Lucas Lima at the Claro Headquarters that was transmitted in real-time via 5G technology and displayed as a hologram in the Allianz Parque stadium in São Paulo for thousands of fans during a Led Zeppelin Symphonic concert.

As if that wasn’t enough, in addition to the hologram performance, audience members could also watch a 360º version of the show via VR headsets around the stadium.

On top of coordinating thirty crew members, Correia also rehearsed and directed Lima for his performance.

Obviously, it’s difficult to communicate the sheer technical and performance prowess required to pull this off, but Correia did share his thoughts on this landmark accomplishment.

“Not only were we able to ‘teleport’ Lucas Lima more than ten miles from the Claro headquarters to the stadium, but we were also able to ‘teleport’ everyone who tried the VR headset to the center of the stage. This project was able to show the power of technology to connect people, shorten the distance, and enable immersion in a new environment.”

Before I finish up, I’ll briefly run through some rapid-fire questions and answers from the tail-end of my discussion with XR expert Rodrigo Correia.

First up: his journey to working in XR.

Contrary to my assumption, Correia says that he hadn’t always planned to work in XR. However, he sees his previous work in other mediums, namely film, as being interconnected with the work he’s doing now.

At the start of his career, Correia worked as an assistant director on commercials for major brands, such as Avon, Chevrolet, and Dove.

In 2011, he worked on the feature film, Astro: An Urban Fable in a Magical Rio de Janeiro, and he later worked on Before the Sun Explodes, which premiered at SXSW.

It wasn’t long before his interest in film converged with XR, specifically VR.

“In 2015, as I was getting my MFA in Film Directing at the California Institute of the Arts, I tried VR for the first time. It was a short but extremely impactful experience. And somewhere in between, I was also bitten by the immersive theatre bug, and I worked on a few theatre productions. I think XR is where all my bugs come together, at the convergence of real and virtual experiences.”

Focusing specifically on VR for a moment, I asked Correia to try to narrow down VR’s single biggest strength.

“If I have to go with one main attribute, then it would be immersion. It allows the participant to fully disconnect from their perceived reality and plunge into a full-scale virtual world. Immersion is the key to the suspension of disbelief that is intrinsic to VR.”

Various VR projects have experimented with this sense of immersion in very different ways, allowing participants to be fully immersed in a virtual environment that feels much more than just entertainment.

“In the world we live in, with distractions bombarding us every second, VR allows us to be present and focus on the moment. Those distractions are starting to creep into VR, but so far you can still get away from your phone, from your neighbors, and from your surroundings when you enter virtual reality.”

It may sound incredibly futuristic, but VR can create spaces of limited distraction for those who need to focus on one specific task, such as a student studying for an exam or a professional putting the finishing touches on a major project.

Immersion makes that focus possible, just as it has brought entertainment to new heights.

Correia absolutely expects to see rapid advancements in XR technology, even just over the next five years, especially as this technology relates to different sensory inputs.

“What interests me the most is how everything around the headsets will develop to enhance immersion and stimulate more senses. Sight and sound have been the main focus of VR headsets, but many other devices are being developed to activate the other senses.”

XR creators are now starting to integrate olfactory devices that deliver scents to the participant based on their position and orientation within the virtual space.

In particular, Correia is excited about the opportunities that XR offers to immersive theatre.

He noted that location-based entertainment VR already exists, making use of wind, heat, scents, and haptic feedback, all of which offer compelling possibilities for the theatre.

“What I believe makes the real difference is to combine all those elements with the live human factor. Actors with facial and motion capture can embody different characters and interact with the participants, improvising to personalize the experience. So aside from other participants within the same experience, we also have live characters that are intrinsic to the storyline and who guide the participants.”

If it wasn’t clear already, there’s so much more that can be done with XR in its many forms, and artists like Correia continue to search for, and execute, ideas and concepts that have never been seen before.

If you’d like to learn more about any of these projects or collaborate on a new project with Correia, you can email him directly via rodrigo@broders.tv