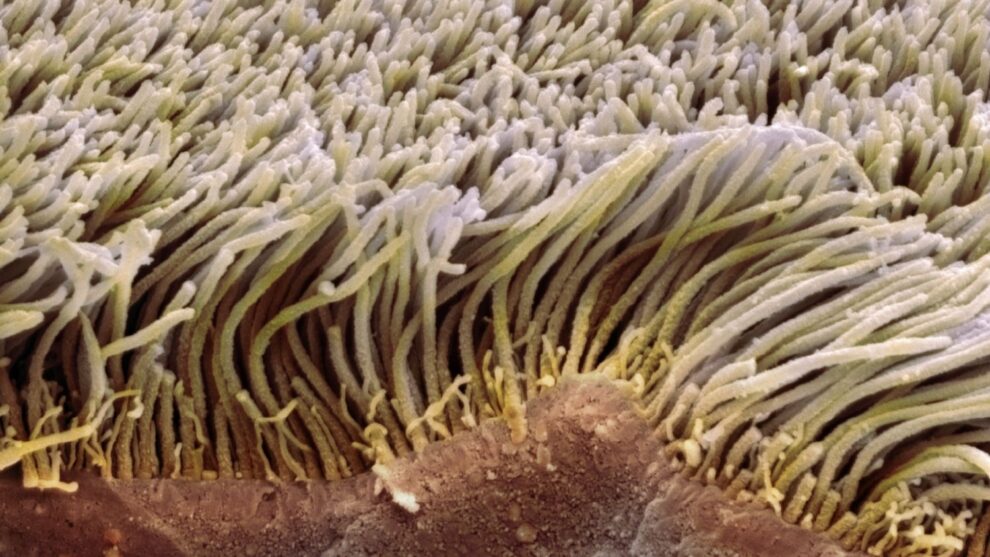 Medical science has never stopped advancing, and the benefits of this progress are all around us. Previously incurable diseases now have multiple treatment options. Life expectancy continues to increase all around the globe. The risks associated with COVID-19 have been drastically reduced just two years after the initial outbreak.

There are, however, still many unknowns within contemporary medicine and human biology. Dedicated scientists and researchers still have a great deal of work to do when it comes to studying various conditions and diseases and, subsequently, finding viable treatment options.

The subject of this article is ciliopathies. We will be providing a detailed explanation of ciliopathies shortly, but on a basic level, these are diseases that result from defects in certain cell structures.

Following his Ph.D., Vasudevan conducted post-doc research at Stanford on chytridiomycosis, a fungal disease that could have ramifications for the global food supply.

Vasudevan is now working as a project scientist at Lawrence Berkeley National Lab, and he has also served as a mentor for students at various academic levels, on top of participating in science outreach events with the goal of bridging the gap between scientists and laypeople.

We could spend a great deal of time talking about all of Vasudevan’s research and outreach efforts, but today we’ll stay centered on his doctoral research into cilia. Let’s get started.

Before we discuss the details of this research project, it’s crucial to nail down a detailed definition of cilia and explain their importance within human biology.

Cilia are hair-like structures that protrude from the cell surface. Cilia are present in many different organisms, including humans. Cilia are needed for various biological functions, and in particular, cilia are very important for cell movement, i.e. the movement of sperm or the movement of cerebrospinal fluid through the brain and spinal cord.

Beyond cell movement, cilia are also important for sensory and developmental functions, such as the establishment of left-right asymmetry.

Because of their importance in these functions, defects in cilia can lead to a number of different diseases, which are grouped into the category of ciliopathies.

All this means that it’s important for us to understand the formation, maintenance, and function of cilia, which brings us to Vasudevan’s research.

“My research was focused on identifying a protein marker of the ciliary tip, which can be used to determine the composition of the ciliary caps as well as understand their function.”

Before we discuss the process of conducting this research, let’s learn a bit more about the negative effects of cilia defects.

“Defects in the cilia lead to ciliopathies that affect most of the organ systems in the human body. Ciliopathies are thought to affect more than 1 in 1000 people. The number of reported ciliopathies, currently listed as 35, is increasing.”

So these diseases are already common, and with their number increasing, the study of cilia is only becoming more important.

Vasudevan’s research had the goal of helping the medical community to better understand factors involved in the formation, maintenance, and function of the cilium.

More specifically, Vasudevan’s research into a protein known as FAP256 could provide clues as to the role of this protein in a particular ciliopathy called Joubert Syndrome.

The more we learn about cilia, the better we’ll be able to handle the problems that arise from their defects.

So now that we know the goal and potential benefits of this research, how was it actually conducted?

The research process always starts with a plan, and in this case, Vasudevan had to focus on specific proteins that had the best chance of providing useful data. Finding these useful proteins was accomplished via multiple approaches.

“I used two approaches, Proteomic and evidence-based, to narrow the list of candidate proteins that might be present at the tip of the cilium. I used Tetrahymena as the model organism for this study as they are easier to use, have 500-1000 cilia per cell, and the components of the cilium closely match that of humans and other mammals.”

From there, Vasudevan had to look even more closely at the cilia, specifically the tips of the sample cilia.

“I isolated cilia from the cells, determined their composition by mass spectrometry, and used various bioinformatic selection methods to obtain a pool of candidate tip proteins. I then checked the localization of these proteins and found that five of them localized to the tip structure.”

Next, Vasudevan and other members of his lab set to work determining the function of each of these five candidates through the use of molecular biology, biochemistry, microbiology, and microscopic techniques.

However, we don’t want to give the impression that this process was smooth sailing. It took a great deal of thought and care to determine what the process should be in the first place and to execute the process.

“The most significant challenge I encountered was figuring out the right approach to shortlist the candidate proteins that might be present at the ciliary tip from the initial pool of more than 2,000 proteins. I had to use different scientific rationales to reduce these numbers to an acceptable list of around 50 proteins.”

Even the process of determining whether specific proteins were specifically localized to the tip of cilia, the portion of cilia that were crucial to the study, was arduous. The team had to tag individual proteins with fluorescent proteins and then introduce these tagged versions into the cell, which is precise work, to put it lightly.

Thankfully, Vasudevan and his team were more than capable of overcoming these challenging aspects of their research, and their findings are fascinating.

The results of this research have been officially published in multiple academic journals, but we would like to give a brief summary of the team’s findings here.

To recap, the goal was to study the localization and function of five candidate proteins present at or near the tip of cilia.

“The proteins LF4 and Kinesin-13 were found to regulate the length of cilia. FAP256 was found to localize the length of a part of the distal ends in coordination with two other proteins. Defects in FAP256 were also found to cause Joubert syndrome in humans. FAP206 and Spef-1 were found to be required for the maintenance and function of cilia.”

Identifying proteins with this level of precision and accuracy is extremely valuable to the medical community. This information gives other scientists a much better understanding of which proteins are most crucial, and again, knowing which proteins are associated with which ciliopathies could easily contribute to further study of each disease.

As for Vasudevan’s role in continuing cilia research, his current work has taken him elsewhere. Still, he told us that he will always be fascinated by cilia and hopes that he can work on some aspect of cilia in the future.

Also, Vasudevan’s graduate lab has indeed continued to research other proteins that may affect cilia, and they also continue to publish their work in peer-reviewed journals.

Vasudevan also feels that this project has added to his arsenal of research skills, so before we finish up, let’s discuss what those skills are.

Overlap with other research efforts

“I gained various hard and soft skills from this research. This includes various biological tools, such as genetic engineering, molecular biology, microbiology, biochemistry, and microscopic tools that I’ve continued to use during my subsequent research.”

Those are the hard skills, but what are the soft skills that Vasudevan picked up from his doctoral research?

“A lot of the soft skills had to do with teamwork, problem-solving, and mentoring, all of which I continue to use all the time.”

Vasudevan has positive feelings toward his doctoral research, and rightfully so. This project helped set a precedent of success for his career, and though we can’t share the details of his current work for legal reasons, we can confirm that Vasudevan continues to focus on highly technical work that has positive real-world effects.

At the end of the day, that’s what so much research boils down to. Either directly or indirectly, molecular cell biology research and any number of other areas of medical research are about helping to make the world a better, more healthy place.

Someone who’s never heard of cilia before may one day be affected by a disease caused by their defects, and Vasudevan’s research in the area has brought us one step closer to finding better ways to help that person. 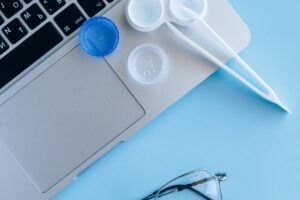 How Much Do Dental Implants Cost? Here’s How To Organize Your Budget
Dealing And Overcoming An Opioid Addiction: 10 Strategies From Detox Experts?
Comment