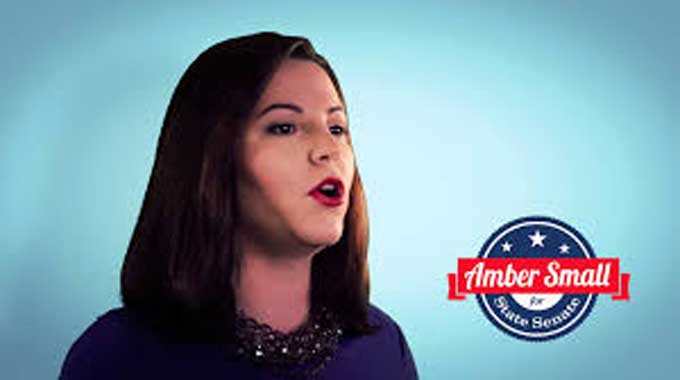 It could be more than an office scandal and financial pressures that drove State Sen. Marc Panepinto’s decision two weeks ago not to seek a second-term in the 60th District only days after the Erie County Democratic Committee endorsed him for re-election.

It could be more than an office scandal and financial pressures that drove State Sen. Marc Panepinto’s decision two weeks ago not to seek a second-term in the 60th District only days after the Erie County Democratic Committee endorsed him for re-election.

Political sources tell this newspaper that his union support, which fueled his 2014 run with more than $1 million, was shaky at best given his high negatives in several polls, and that coupled with an ethics complaint by one of his staffers it was enough to drive him out of the race.

There was no advance warning that Panepinto was pulling out, and it came of the heels of the departure of his union-placed chief of staff, Danny Corum, in what can only be described as a looming scandal over a complaint by a female staffer in his office that the senator himself was obliged to report to the legislature’s ethics committee, a complaint reportedly about the workplace environment that may have included Panepinto himself.  But perhaps the apparent crack in his union support was the key, as Panepinto—despite more than $1 million from the New York State Teachers Union–won election in 2014 with only 34 percent of the vote in a four-way race, hinting at his future vulnerability.

As the ethics committee reviews the complaint and Panepinto fades from sight, Erie County Democrats are left scrambling to find a candidate to run against either Erie County Clerk Chris Jacobs or Tonawanda attorney Kevin Stocker who are expected to face each other in a GOP primary in September for the Republican line in the general election.

Jacobs finally stepped forward last week and said he was running after denying last month that he had already told party leaders that he was a candidate.  Nick Langworthy, the Erie County Republican chairman, was delighted with the announcement, calling Jacobs an outstanding candidate.

“Chris has proven he can deliver for the taxpayers,” said Langworthy this week, referring to Jacobs’ service on the Buffalo school board and as Erie County clerk where he was a nearly 2 – 1 winner in his re-election run in 2014 in a county where Democrats hold a big edge.  And of course Jacobs is attractive on the financial front as a member of the prominent Delaware North family.  He outspent his 2014 opponent $219,000 to less than $5,000.  The 60th District has a significant Democratic enrollment advantage and Jacobs will need Democratic support to win, as he did in the clerk’s race.  At this point, it is hard to predict what impact Donald Trump will have in local races if he is the GOP nominee for president.  As some say, his coattails in Erie County, where Carl Paladino won big in his bid for governor on the GOP line, could be a big plus for the Republican candidate.  The 60th District, which stretches from Grand Island in the north to deep in southern Erie County, could be the deciding race in determining which party controls the State Senate next year.

And this week, Jacobs also received the endorsement of the scandal-plagued Independence Party and he had been expected to meet with Conservative Party Chairman Ralph Lorigo during the week to ask for the party’s endorsement.

Conservatives did support Jacobs for clerk and Lorigo said he will also be meeting with Hamburg Democrat Mike Quinn who has also expressed an interest in the 60th District seat.

“We will interview the candidates to see where they stand on the issues that are important to us,” said Lorigo, mentioning the Conservative Party’s opposition to increasing the minimum wage, stance against assisted suicide, and opposition to, “as structured,” the Family Leave Act.  Lorigo said he expects a decision by his committee within the next few weeks.

On the Democratic side, besides Quinn, Assemblyman Sean Ryan of Buffalo is said to be weighing a possible run but insiders predict he is not likely to risk losing his safe majority seat in the Assembly to take on a candidate with the financial resources of a Chris Jacobs.

Also on the Democratic side, community activist Amber Small has sent out her first campaign newsletter and also commented on Panepinto’s sudden decision not to seek re-election.  In a press advisory, Small said in part: “I began my campaign in January with the goal of restoring integrity, honesty, and ethics to Albany.  I look forward to running a positive, issue-based campaign regardless of whom my opponent may be.  As your state senator, I will push for capping the outside income of senators and make serving the district my full time job.”  She said the passage of comprehensive ethics reform would be her top priority and said she will fight to make workplace environment s harassment free.