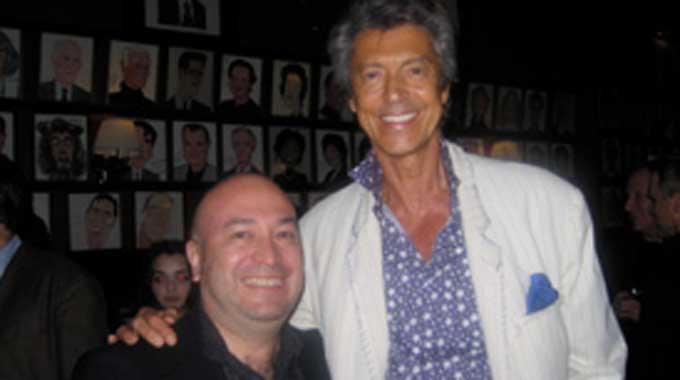 Ten-time Tony Award winner Tommy Tune (pictured above) will be a special guest of honor this Saturday at the sold out gala event to celebrate Shea’s 90th anniversary. Most recently Tune was collaborating with writer-director James Lapine, on the now postponed off-Broadway show Barbara Cook: Then And Now. The show was scheduled to open this week. A few weeks ago Tune signed with a new talent agency and is reportedly looking for a grand musical project along the lines of his Broadway classics: The Best Little Whorehouse In Texas, Nine, My One and Only, Grand Hotel, and The Will Rogers Follies.

Shea’s Performing Arts Center President Anthony Conte, who will retire at the end of the current season, will be honored with the Career Achievement Award at the 26th Annual Artie Award Ceremony. The event will take place on Monday, June 6th at 710 Main Theatre. This will be the first Artie night in many years not to feature the talent of music director Michael Hake, who died in December. This year, Allan Paglia will step in as music director.

Congratulations to Saul Elkin who is the winner of a Spark Award for Lifetime Achievement. Presented by the Arts Service Initiative of WNY, the 3rd annual awards ceremony will be held on May 25th, 5:40 to 8:30 p.m. at Hotel @ The Lafayette.

Up next at the Paul Robeson Theatre, Detroit 67, a play by Dominique Morisseau set during the race riots in Detroit in 1967. Directed by Aaron Moss, the production will star Gary-Cayi Fletcher, Candace Whitfield, Heather Reed, Shabar Rouse, and Annette Christian. The show will run May 6th – 29th.

Kevin Craig, Jamie Nablo, Wendy Hall, Peter Palmisano, Steve Vaughan, and Pamela Rose Mangus will star in the Kavinoky’s 2016-17 season opener Don’t Talk to the Actors, written and directed by Tom Dudzick.  The season will also include Arthur Miller’s A View from the Bridge, a revival of The 39 Steps, and Grounded, a one woman play about an ace fighter pilot whose career is ended early due to an unexpected pregnancy. The Tenth Annual Kavinoky Kavalcade, the company’s fundraiser, will be held on April 26th at the Saturn Club.

American Repertory Theater of WNY kicks off its 10th season in September with the punk rock musical American Idiot with music by Green Day. The show was nominated for a 2010 Best Musical Tony Award. Buffalonian Brian Charles Johnson was in the original Broadway cast. The local production will be directed by Matthew LaChiusa with music direction by Billy Horn. The company’s season will also include Halley Feiffer’s comedy How to Make Friends and then Kill Them, directed by Maura Nolan; comedian Steve Martin’s The Underpants, directed by Jeffrey Coyle; and Martin McDonagh’s A Behanding in Spokane, starring Thomas LaChiusa. By the way, Steve Martin has written the book and music for the current new Broadway musical Bright Star.

In the meantime, Canisius College Little Theatre will present its own production of American Idiot, April 21st-23rd at the Marie Maday Theatre on the college campus, under the direction of Nicolette Navarro and Matt Lunghino.

And now for something somewhat different, Road Less Traveled introduces Buffalo Stories, “a glimpse into the lives of Buffalo’s most intriguing personalities.” Up first, former Buffalo Mayor Anthony Masiello. The company will present a theatrical performance of Masiello’s life, written by Jon Elston and Phil Farugia, directed by Doug Zschiegner. This fundraising event will take place on June 4th beginning at 7 p.m. with Masiello in attendance.

The national tour of the musical If/Then is now playing (through May 8th) at the Princess of Wales in Toronto, starring Anthony Rapp reprising his 2014-15 Broadway performance. The national tour of Curious Incident of the Dog in the Night-Time, winner of the 2015 Tony for Best Plays, will open Rochester’s Broadway Season September 27th-October 2nd.

Patty Duke (pictured below) died on March 29th at 69. She made her Broadway debut in 1959 in The Miracle Worker and returned to Broadway in 2002 to play Aunt Eller in the revival of Oklahoma! I saw her play Phyllis in Sondheim’s Follies. We will miss her. 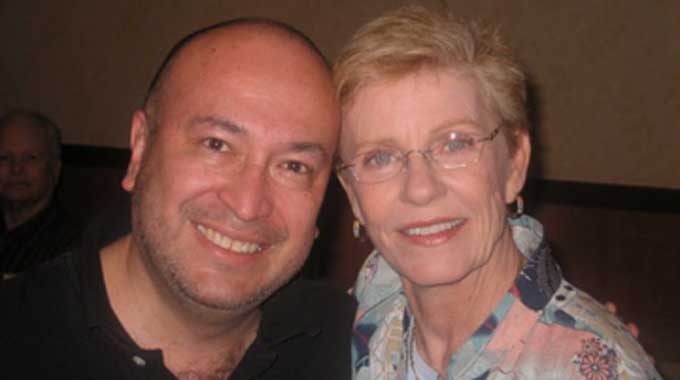