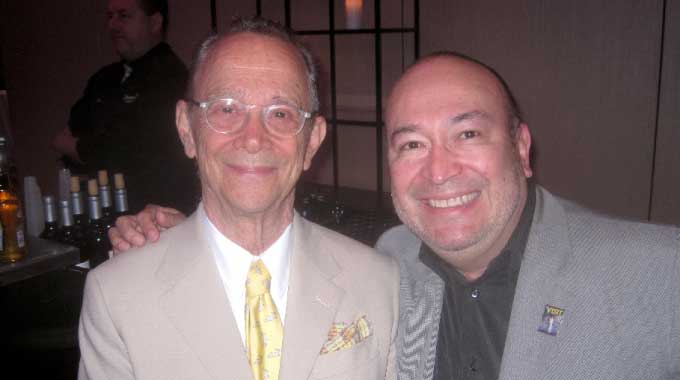 Broadway legend Joel Grey (pictured above) who will turn 84 this coming April just published his memoir Master of Ceremonies. Last year, Grey came out as a gay man in an interview with People magazine. The title of his memoir refers, of course, to the role he made famous in Kander & Ebb’s musical Cabaret, the Emcee, for which he won the 1967 Tony Award. Grey also starred in the 1987 Broadway revival of the show and in a national tour that made a stop at Shea’s around that time. Most recently, Grey directed (together with George C. Wolfe) the acclaimed Broadway production of Larry Kramer’s The Normal Heart which won the 2011 Tony Award for Best Revival of a Play.

Speaking of Cabaret, a recently launched new national tour which is now starring Randy Harrison (of Queer as Folk fame) will make a stop at Shea’s as part of the M&T Bank 2016-17 Broadway Series, April 25th-30th, 2017. The season will start on October 11th with the current Broadway hit Finding Neverland which is actually kicking off its national tour here in Buffalo. The season also includes An American in Paris, A Christmas Story, A Gentleman’s Guide to Love and Murder, and The Sound of Music,

After a few cast changes (with the welcome addition of Tom Owen), rehearsals are under way for Musicalfare’s production of How to Succeed in Business Without Really Trying, under the direction of Chris Kelly.  The show has the distinguished honor of being one of only eight musicals that have won the Pulitzer Prize for Drama. Musicalfare has also produced Pulitzer Prize winners A Chorus Line, Sunday in the Park with George, and Rent.  How to Succeed opens April 15th and it will star, among others, PJ Tighe, Kelly Copps, Nicole Cimato, Matt Witten, Kevin Craig, Eric Rawski, Kurt Erb, Jamie Nablo, Wendy Scott, and Katy Miner. Chris Kelly will direct the company’s Curtain Up show, one of the best musicals of all time, Gypsy, reportedly starring Loraine O’Donnell as Rose. The season will also include Duke Ellington’s Sophisticated Ladies and Pretty Funny, a new musical by locals Marisa Guida and Phil Farugia, inspired by the life and work of Imogene Coca. The new musical was workshopped at Musicalfare last year.

Up next for Second Generation Theatre, the musical Dirty Rotten Scoundrels opening June 9th at Lancaster Opera House, starring Jake Albarella, Peter Palmisano, Kelly Copps, Greg Gjurich, Mary Gjurich , and Amy Jakiel. The company will be back at the Opera House next season where they will present Beth Henley’s Pulitzer Prize winning Crimes of the Heart, directed by Greg Natale (November 4-20), and the musical The Light in the Piazza (June 2017) , starring Debbie Pappas Sham.  In the meantime, save the date! On Sunday, May 1st at 7 p.m. at Musicalfare,  Second Generation will present Page to Stage: Three Generations of Broadway, a fundraiser featuring songs from South Pacific, Les Miserables, and Ragtime. For tickets go to www.secondgenerationtheatre.com

Tom Dudzick (of Over the Tavern fame) and the Kavinoky Theatre continue their collaboration next season. The company will present Dudzick’s Don’t Talk to the Actors for its Curtain Up slot. The backstage comedy premiered at Studio Arena in the 2007-08 season

Jason Robert Brown’s The Last Five Years will be presented by Pared Down Productions for one weekend only at Alleyway’s Main Street Cabaret. March 18th-20th. Directed by Nathan Andrew Miller, with musical direction by Don Jencska, the production stars Kayla McSorley and Jordan Louis Fischer.

BUA will present a reading of a new play by Kerrykate Abel-Smith on Monday, March 28th at 7:00 p.m. at Alleyway’s Main Street Cabaret. Hoarding Hope is based on actual events that occurred in the early days of the fight against AIDS as seen through the eyes of a nurse and caregiver. Admission is free. Composer extraordinaire Michael John LaChiusa (pictured below) was recently honored at the Transport Group Theatre Company in New York city. Present to sing songs from his musicals: Kate Baldwin, Marc Kudisch, Julia Murney, Mary Testa, and Max von Essen (who sang “Stairway to Paradise” from An American in Paris, which is part of Shea’s next season). 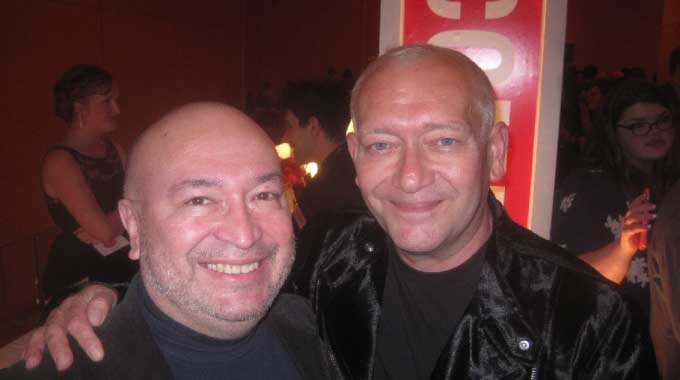