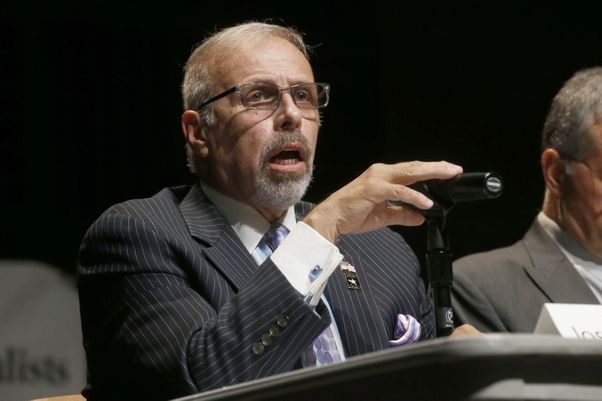 Since this publication broke that story last month, BMHA Chairman Mike Seaman has come under fire for an alleged conflict of interest.

Steven Cohen, prominent civil rights attorney with the firm HoganWillig, who has championed the case of suspended housing commissioner Joe Mascia in recent months, is calling on City Comptroller Mark Schroeder to initiate an audit of the Buffalo Municipal Housing Authority, in cooperation with the New York State Comptroller’s Office.

Cohen cites a $3.5 million debt owed by BMHA to the City of Buffalo. In a 2014 Independent Auditor’s Report, BMHA administrators claimed the $3.5 million debt was forgiven, despite being unable to provide documentation for that claim.

Seeman also serves as the city’s Director of Treasury and Collections – simultaneously responsible for remitting and collecting the BMHA debt that has been ignored for years.

Many BMHA tenants pay about 30 percent [about $100] of their $300-$500 a month rent. However, the expenses are far more for the unwieldly and patronage rich housing authority.

The BMHA has an approximately $40 million annual budget to operate under 3,600 units spread over 28 complexes. That cost translates to about $11,000 per apartment per year – costing taxpayers almost $925 per month.  Spotless apartments in Amherst often rent for less.

However, despite massive taxpayer subsidies, the typical BMHA housing complex is anything but spotless.   In 2014, the Department of Housing and Urban Development rated BMHA as “substandard” citing poor management, excessive costs, vacancies, deferred maintenance and overall poor living conditions and threatened federal takeover.

“This recent situation is not the first instance of a critical nonpayment, or other mismanagement by the Buffalo Municipal Housing Authority,” Cohen wrote to Schroeder. “Between 2005 and 2015, the Marine Drive Apartments were managed by Hutchins and Kissling, Erie Regional Housing Development, and BMHA. During this time, it is believed that millions of dollars in utilities and operations funds were misappropriated.”

Cohen is asking Schroeder for an opportunity to present evidence given to him by Mascia, in hopes that the Comptroller will perform an objective accounting.

Cohen argues that residents’ quality of life has decreased, vacancies are up, and maintenance is poor. The City of Buffalo is currently considering a $4.2 million debt forgiveness plan for the authority, which critics say would sweep under the rug widespread mismanagement.

“This It’s not just mismanagement and incompetence – it’s corruption,” Mascia, the outspoken critic of the Brown Administration’s housing policies, claims.

Mascia is a tenant elected BMHA commissioner. He was suspended by Mayor Byron Brown after he was secretly recorded using racial epithets by his private sector employer at work unrelated to his duties as a BMHA commissioner.

Mascia has challenged Brown’s authority to unilaterally suspend him as a tenant elected BMHA commissioner arguing that it disenfranchised voters. Mascia, despite his so-called suspension, continued to attend meetings and act as a liaison for tenants at the authority. He is currently seeking reelection to the board and argues that he is the loudest and most active critic of the “patronage hiring and inflated administrator salaries [which] are the backbone of the East Side political club known as Grassroots Inc.”

“Does anyone really think that my suspension was about my isolated use of the N-word?” asks Mascia. “Or is it about removing someone who has fought to expose wrongdoing in our municipal government by the wrongdoers?”

Attorney Cohen finds it suspect that the Brown Administration is so eager to see the $3.4 million debt disappear. The Common Council, at the behest of President Darius Pridgen, seems willing to forgo millions owed to city taxpayers.

“The City of Buffalo has a duty to collect any outstanding debt, and this situation calls for a full, thorough, transparent, and independent audit of the BMHA from 2005 to present,” Cohen insists. Cohen copied the Buffalo Fiscal Stability Authority and the New York State Inspector General’s Office on the correspondence.

Byron Brown declined to be interviewed for this story.