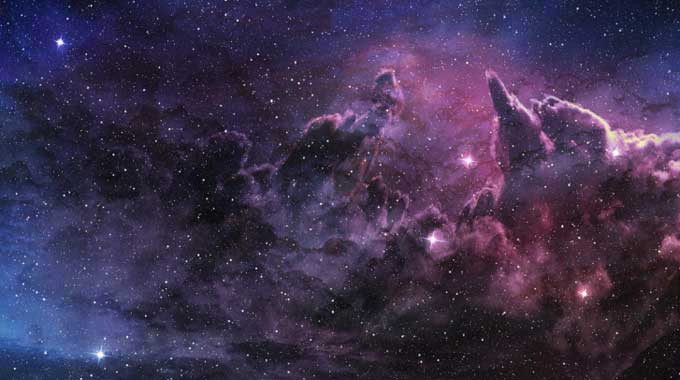 ARIES (March 21-April 19): “Silence is not silence, but a limit of hearing,” writes Jane Hirshfield in her poem “Everything Has Two Endings.” This observa-tion is apropos for you right now. There are potentially important messages you’re not registering and cat-alytic influences you can’t detect. But their apparent absence is due to a blank spot in your awareness, or maybe a willful ignorance left over from the old days. Now here’s the good news: You are primed to expand your listening field. You have an enhanced ability to open certain doors of perception that have been closed. If you capitalize on this opportunity, silence will give way to revelation.

TAURUS (April 20-May 20): Your ability to accom-plish magic is at a peak, and will continue to soar for at least two more weeks. And when I use that word “magic,” I’m not referring to the hocus-pocus per-formed by illusionists like Criss Angel or Harry Houd-ini. I’m talking about real feats of transformation that will generate practical benefits in your day-to-day life. Now study the following definitions by writer Somerset Maugham, and have faith in your ability to embody them: “Magic is no more than the art of em-ploying consciously invisible means to produce visible effects. Will, love, and imagination are magic powers that everyone possesses; and whoever knows how to develop them to their fullest extent is a magician.”

GEMINI (May 21-June 20): According to author Vlad-imir Nabokov, the Russian word *toska* means “a dull ache of the soul, a longing with nothing to long for, a sick pining, a vague restlessness.” Linguist Anna Wierzbicka says it conveys an emotion that blends melancholy, boredom, and yearning. Journalist Nick Ashdown suggests that for someone experiencing *toska,* the thing that’s yearned for may be “intangi-ble and impossible to actually obtain.” How are doing with your own *toska,* Gemini? Is it conceivable that you could escape it — maybe even heal it? I think you can. I think you will. Before you do, though, I hope you’ll take time to explore it further. *Toska* has more to teach you about the previously hidden meaning of your life. CANCER (June 21-July 22): “Gandhi’s autobiogra-phy is on my pillow,” writes Cancerian poet Buddy Wakefield. “I put it there every morning after mak-ing my bed so I’ll remember to read it before falling asleep. I’ve been reading it for 6 years. I’m on Chapter 2.” What’s the equivalent phenomenon in your world, my fellow Crab? What good deed or righteous activ-ity have you been pursuing with glacial diligence? Is there a healthy change you’ve been thinking about forever, but not making much progress on? The mood and the sway of the coming days will bring you a good chance to expedite the process. In Wakefield’s case, he could get up to Chapter 17.

LEO (July 23-Aug. 22): In the 16th century, European explorers searched South America in quest of a myth-ical city of gold known as El Dorado. Tibetan Bud-dhist tradition speaks of Shambhala, a magical holy kingdom where only enlightened beings live. In the legends of ancient Greece, Hyperborea was a sun-ny paradise where the average human life span was a thousand years and happiness was normal. Now is an excellent time for you to fantasize about your own version of utopia, Leo. Why? First, your imagination is primed to expand. Second, dreaming big will be good for your mental and physical health. There’s an-other reason, too: By envisioning the most beautiful world possible, you will mobilize your idealism and boost your ability to create the best life for yourself in the coming months.

VIRGO (Aug. 23-Sept. 22): “Anytime you’re going to grow, you’re going to lose something,” said psy-chologist James Hillman. “You’re losing what you’re hanging onto to keep safe. You’re losing habits that you’re comfortable with, you’re losing familiarity.” I nominate these thoughts to serve as your words of wisdom in the coming weeks, Virgo. From an astro-logical perspective, you are in a phase when luxuriant growth is possible. To harvest the fullness of the lush opportunities, you should be willing to shed outworn stuff that might interfere.

LIBRA (Sept. 23-Oct. 22): On Cracked.com, Auntie Meme tells us that many commonly-held ideas about history are wrong. There were no such things as chas-tity belts in the Middle Ages, for example. Napoleon’s soldiers didn’t shoot off the nose of the Sphinx when they were stationed in Egypt. In regards to starving peasants, Marie Antoinette never derisively said, “Let them eat cake.” And no Christians ever became meals for lions in ancient Rome’s Colosseum. (More: tinyurl. com/historicaljive.) In the spirit of Auntie Meme’s ex-posé, and in alignment with the astrological omens, I invite you to uncover and correct at least three fabrica-tions, fables, and lies about your own past.

SCORPIO (Oct. 23-Nov. 21): Poet Charles Wright mar-vels at the hummingbird, “who has to eat sixty times his own weight a day just to stay alive. Now that’s a life on the edge.” In the coming weeks, Scorpio, your modus operandi may have resemblances to the hum-mingbird’s approach. I don’t mean to suggest that you will be in a manic survival mode. Rather, I expect you’ll feel called to nourish your soul with more intensity than usual. You’ll need to continuously fill yourself up with experiences that inspire, teach, and transform you.

SAGITTARIUS (Nov. 22-Dec. 21): “Anybody can be-come angry,” said Greek philosopher Aristotle. “That is easy; but to be angry with the right person, and to the right degree, and at the right time, for the right purpose, and in the right way, that is not within every-body’s power and is not easy.” I’m pleased to inform you, Sagittarius, that now is a time when you have an exceptional capacity for meeting Aristotle’s high stan-dards. In fact, I encourage you to honor and learn all you can from your finely-honed and well-expressed an-ger. Make it work wonders for you. Use it so construc-tively that no one can complain.

CAPRICORN (Dec. 22-Jan. 19): To celebrate your ar-rival at the height of your sex appeal, I’m resurrecting the old-fashioned word “vavoom.” Feel free to use it as your nickname. Pepper it into your conversations in place of terms like “awesome,” “wow,” or “yikes.” Use a felt-tip marker to make a temporary VAVOOM tat-too on your beautiful body. Here are other enchanted words you should take charge of and make an intimate part of your daily presentation: verve, vim, vivid, vitality, vigor, voracious, vivacious, visceral, valor, victory, and VIVA!

AQUARIUS (Jan. 20-Feb. 18): When he was a boy, Mayan poet Humberto Ak’ab’al asked his mother, “What are those things that shine in the sky?” “Bees,” she answered mischievously. “Every night since then,” Humberto writes, “my eyes eat honey.” In response to this lyrical play, the logical part of our brains might rise up and say, “What a load of nonsense!” But I will ask you to set aside the logical part of your brain for now, Aquarius. According to my understanding of the astro-logical omens, the coming days will be a time when you need a big dose of sweet fantasies, dreamy stories, and maybe even beautiful nonsense. What are your equiv-alents of seeing bees making honey in the night sky’s pinpoints of light?

PISCES (Feb. 19-March 20): “Sometimes, a seemingly insignificant detail reveals a whole world,” says artist Pierre Cordier. “Like the messages hidden by spies in the dot of an i.” These are precisely the minutiae that you should be extra alert for in the coming days, Pisces. Major revelations may emerge from what at first seems trivial. Generous insights could ignite in response to small acts of beauty and subtle shifts of tone. Do you want glimpses of the big picture and the long-range future? Then be reverent toward the fine points and modest specifics.