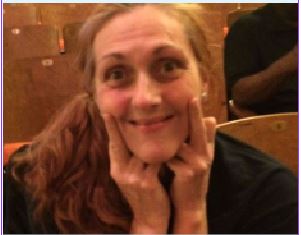 Mendoza accompanied her Facebook post with a photo of herself with both middle fingers extended, with the comment, “Front row ready. Tell me more Stevie P.”

The posting was ‘liked’ by union organizers including Mel Holden and Larry Scott.

“Flipping someone off is one of the highest forms of silent protest,” Mendoza explained. “…. Attempts were made by myself and others to appeal to [Buffalo School’s] Superintendent [Kriner] Cash to not support Steve Perry as the keynote speaker. We objected to a highly controversial speaker being paid with Title 1 funds… Many parents and educators chose to boycott the assembly. I chose to protest.”

During the public presentation, Dr. Perry had less than flattering comments about the teachers’ union.

Addressing teachers, Perry said, “This is not an employment or retirement program for you to use while you take the benefits of that use out to your comfy suburban life where you live and educate your kids while giving the kids you use nothing in return. If you don’t want to work, no one’s forcing you to take this check. Go somewhere else!”

Speaking about management of funds, accountability to parents and the public, Perry said, “Parents, if you don’t fight, then you’ll get what you’ve always gotten and then you end up with what you deserve.

You’re grown and if you feel like you don’t deserve more, that’s fine but education is for your children and your failure to act on their behalf is a failure in parenting.”

Mendoza’s Facebook says she is a kindergarten teacher at the Lovejoy Discovery School.

Nanny State ‘Click it or Ticket’ Campaign in Effect; ‘Godvernment’ Law will Harass Motorists
Remembering Cheektowaga’s Ken Meyers… one of the best