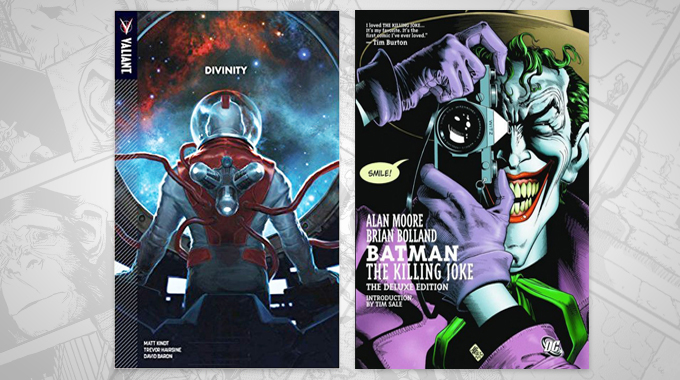 I cried while reading this story, and I have no clue why. Seriously, I can’t fully wrap my head around this story, and yet something about this made me actually cry. Divinity relies on subtle plays on your emotions in order to hit you when you least expect it, even if you don’t understand what’s going on. 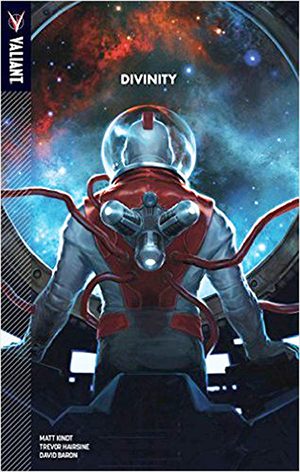 I cried while reading this story, and I have no clue why. Seriously, I can’t fully wrap my head around this story, and yet something about this made me actually cry. Divinity relies on subtle plays on your emotions in order to hit you when you least expect it, even if you don’t understand what’s going on. Divinity follows Abram Adams, the chosen candidate for the space race against the United States by the Soviet Union, which sends him on a secret mission and puts him in hyper-sleep until he reaches the edge of the galaxy. And then there’s time travel. Or … not? Man, my brain hurts. Anyway, the reader often goes into Abram’s mind as he reminds himself over and over what his end goal is, which I can’t go into detail about. He thinks of what could have been, losing and regaining faith in humanity as radio signals are sent to the spacecraft and he sees Earth’s history. When he finally comes back to Earth, he has gained strange powers that allow him to know and grant one’s greatest desires, causing those that have seen him to call him a god. Anything more would be a spoiler, but there is one thing I can say: you’ll question what exactly makes a hero a hero, a villain a villain, and the realism of your goals in life. What intrigued me to continue reading, other than my father saying, “Take this; YOU try to make sense of it,” was Hairsine’s pencilling, combining realism with a pop-artesque style. I dare you to read this graphic novel and try to make sense of it … and not get teary-eyed. 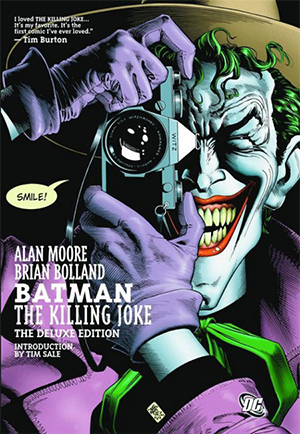 What if everyone had the potential to be the Joker? In The Killing Joke, the Clown Prince of Crime decides to prove once and for all that society’s view of him as twisted and wrong … is wrong. He believes that everyone can turn out to be just like him: “All it takes is one bad day to reduce the sanest man to lunacy.” Alan Moore explores the recesses of the Joker’s mind, giving glimpses into what makes him so beloved and reviled.  What the Joker does to Barbara Gordon, to Jim Gordon, to make his point will horrify you. Because this isn’t a “funny book.” Moore has crafted a horror book, and Brian Bolland’s brooding, gritty, shadowy inks match the psychological themes in what is one of the most violent, psychologically disturbing, controversial books ever. It’s a dark, dirty thriller of a story, and while you may need to bleach your brain when you’re done reading it, you will never, ever forget it. The Killing Joke forever altered the DC Universe, killed Batgirl, forced an evolution of Barbara Gordon … and remains a seminal moment in the history of “fridging” female characters. The Killing Joke will be released in animated form this August, with Mark Hamill returning to voice the Joker. Imagine Hamill’s take on the character as you read the following:  “We aren’t contractually tied down to rationality! There is no sanity clause! … So when you find yourself locked onto an unpleasant train of thought, heading for the places in your past where the screaming is unbearable, remember there’s always madness. Madness is the emergency exit.” Chilling. And all too frighteningly accurate. 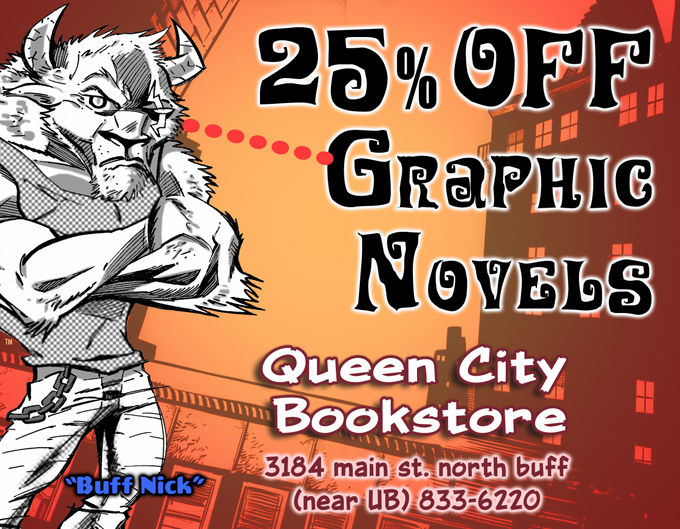 Poetry – A Love Sonnet?
Clooney’s Wife Steals the Show in Cannes; His New Movie not so Much