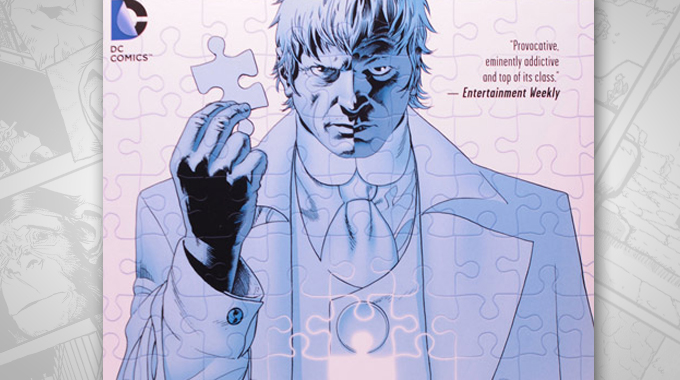 Planetary is a sterling example of the glories of graphic fiction. Warren Ellis, the veteran writer known for Transmetropolitan, The Authority and Global Frequency, is at the top of his game. 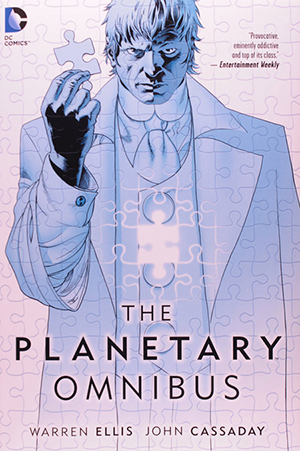 Planetary is a sterling example of the glories of graphic fiction. Warren Ellis, the veteran writer known for Transmetropolitan, The Authority and Global Frequency, is at the top of his game. He creates three protagonists: Elijah Snow, Jakita Wagner and The Drummer. Each of the three has a unique superhuman ability that reflects their persona. They are self-described archaeologists of the impossible and their motto is “It’s a strange world. Let’s keep it that way.” The three are supported by Planetary, a huge and powerful clandestine research organization, which allows them to delve deep into their search for the secret history of the 20th century. Opposed by a chillingly familiar group known only as The Four, the trio’s investigations entangle them with heroes and villains strangely similar to those from pulp fiction and Silver Age comics.

The book is a dense, complex and gripping tale that spans eras and is replete with unexpected revelations. The story could just as easily been told in prose. But Planetary exemplifies the special power of graphic fiction. That’s where three-time Eisner award-winning artist John Cassaday (Astonishing X-Men, Captain America, Star Wars) comes in. Cassaday is called upon to bring Ellis’ imagination to life visually. He excels in the task by employing a highly realistic style that brings a sense of authenticity to Ellis’ fantastic visions.  As for action, Cassaday’s drawings move, move, move. Cassaday also created striking covers for all twenty-seven issues, each in a different style uniquely suited to the contents of the issue.

Cassaday’s art is made all the more extraordinary by colorist Laura DePuy Martin. Years ago, the task of the colorist was limited by the available tools. Basically, the job was not to make mistakes: Superman’s cape has to be red. But with the introduction of digitization, colorists achieved an infinite palette of rich tones and DePuy Martin is a modern master of color: sumptuous sunsets, eerie nightscapes, deep shadows of grief, crimson overtones of rage — it’s all part of her repertoire. But more so, DePuy Martin uses color to create never-before possible special effects. Her work is dazzling.  And one essential plot point depicted only by color is entirely her creation.

In its original series run, Planetary was maddeningly slow in making it to market. The time and effort devoted to the series by its three creators — not to mention other commitments by Depuy Martin and Ellis’ enduring an extended illness — meant that the wait between issues seemed interminable. Now, the collected editions allow readers to easily read this graphic fiction treasure.

Planetary is available in four formats. The first applies only if you’re willing to scour the world’s comic shops trying to collect the original twenty-seven issues. Second, the entire series has also been collected in four-volume sets available in soft or hard cover. Then, there’s Absolute Planetary, which presents the series in two oversized, slip-cased volumes. The color reproduction in this format is exceptional. Finally, the entire series is also available in a massive single volume, the 850-page, 6-pound Planetary Omnibus. The Omnibus includes Ellis’ script for the first issue, which provides intriguing insights into how the graphic novel creative process works. Also included in the Omnibus are three out-of-continuity crossover appearances. In the most entertaining, Snow, Wagner and The Drummer find themselves rotating through the multiverse, continually confronted by various versions of the Batman, from the grim dark knight to the campy caped crusader from the television series. 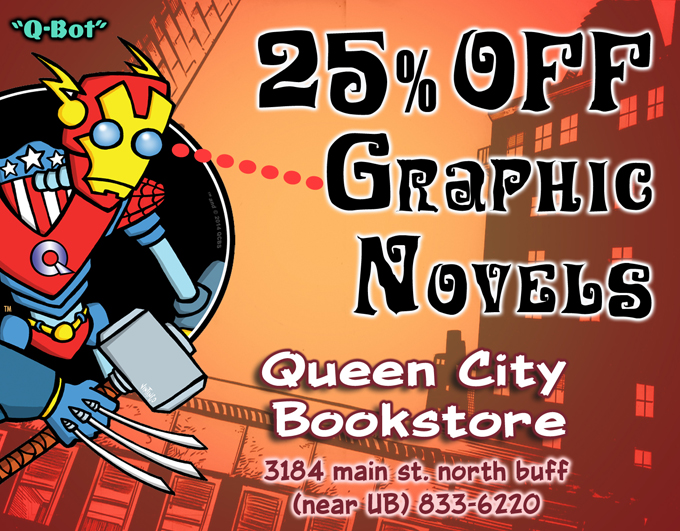