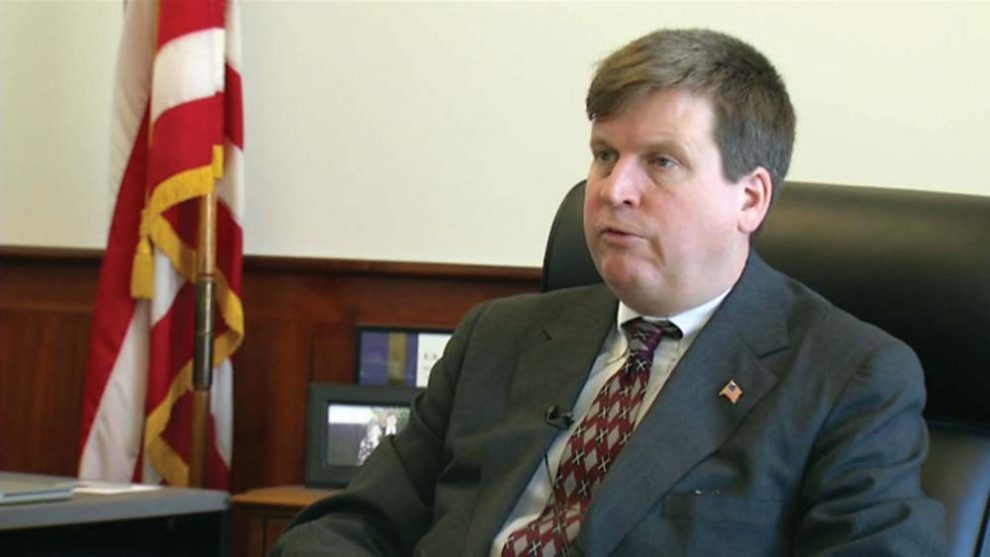 The race for Erie County district attorney is just beginning and the virtual reality headset two major candidates for the job, both Democrats, are rolling up their sleeves and working door-to-door and town-to-town to try and win voter support for their faceoff in the Democratic primary in September.

“It is going better than expected,” says Jimmy Eagan, the finance chairman for acting District Attorney Michael Flaherty’s campaign, adding that “many of the people think he’s running against Mark Sacha and not Johnny Flynn. And the people are happy to able to sign his petitions.”

Sacha is the disgruntled former assistant district attorney who is also running in the Democratic primary but he’s not the endorsed Democratic candidate who happens to be Flynn, the former Tonawanda town judge and current town attorney and also the endorsed Conservative Party candidate.

In Eagan’s view, that good news for Flaherty who needs to win the Democratic primary to have a line in November and name recognition, aided by his incumbency and frequent TV appearances, is certainly a big help.

“According to our research, people are looking for an independent district attorney, and that’s what Mike is,” says Eagan. “The fact that he’s not endorsed looks like a definite plus.”

According to members of the Flynn camp, the hard-charging commander in the Naval Reserve is also very optimistic about his campaign and is raising money at a strong clip with lots of support from the legal community outside the district attorney’s office. As for Flaherty, he has over $300,000 already in his campaign war chest and Eagan says right now it is not about fundraising, but about letting voters know he’s the best candidate for the job.

We’ll know come filing date of July 15 what all the candidates have in the bank, including Sacha and the Republican-endorsed candidate, little-known Joe Treanor who announced his candidacy on You Tube and said he would self-finance his effort with the GOP banking he will run strong in November against the Democratic candidate, whomever that might be, with help from Donald Trump’s expected coattails.

As for Flynn, he is continuing to press his message that if elected he would reform the district attorney’s office to protect the interests of the public, a clear shot at the acting incumbent’s ties to former District Attorney Frank A. Sedita III who came under criticism in some circles for not indicting so-called tough cases including the Evans hit-and-run that claimed the life of handyman Barry Moss in 2013.

That case is now officially in the political arena no matter what anybody says as Flaherty’s office last week returned an indictment against former Angola bar owner Gabriel Ballowe who was originally indicted while Sedita was DA in 2014 and then “un-indicted” by the same grand jury after a prosecutor believed to be Flaherty—presumably under orders from Sedita– argued against the indictment and asked for a revote.

Flaherty won’t comment on those proceedings, as is the law, but no matter what surfaces, his position most certainly will be that what happened in 2014 is not what’s happening now, and acting on new evidence—allegedly perjury by a witness– he has charged Ballowe in the case and now it will proceed through the system. Critics will charge he returned the new indictment to try and defuse the political fallout from the first non-indictment, but he also runs the risk of putting his political future on the block if the process gets ugly.

The Ballowe case is now firmly in the campaign with critics saying it was political and the acting DA saying he’s just doing his job as a professional prosecutor now that he’s in charge. The public will ultimately decide.

Endorsed Democrat Amber Small who is running for the 60th District State Senate seat being vacated by Marc Panepinto will soon pick up the endorsement of the Women’s Equality Party (WEP), according to her campaign.

In a release, WEP Vice Chair Diane Cihak said “I was pleased to be able to support the endorsement of Amber Small for the Women’s Equality Party in her run for the 60th State Senate District. Amber has long been a champion for the rights of women and her community. Her emphasis on ethics in state government and equality for everyone she represents makes her a powerful voice for the residents of Western New York.

Small said she was honored to have the support of the WEP and will continue to make issues of equality, for women and for all residents, a central part of her campaign.

Also making news in the 60th District race is former state senator and longtime Buffalo councilman Al Coppola, reminding us not to forget that he will challenge Small in a primary in September hoping to win the right to take on either endorsed Republican Chris Jacobs or Kenmore attorney Kevin Stocker in the November general election.

Coppola briefly held the senate office after winning a special election in February of 2000 to fill a vacancy but lost in a September primary to current Buffalo Mayor Byron Brown.

Coppola, a longtime political figure and a fixture on the Buffalo Common Council representing the Delaware District, can be counted on to wage a strong door-to-door campaign against seemingly long odds. Coppola is a wise, veteran campaigner who can always make his presence felt, even when campaign funds are tight.