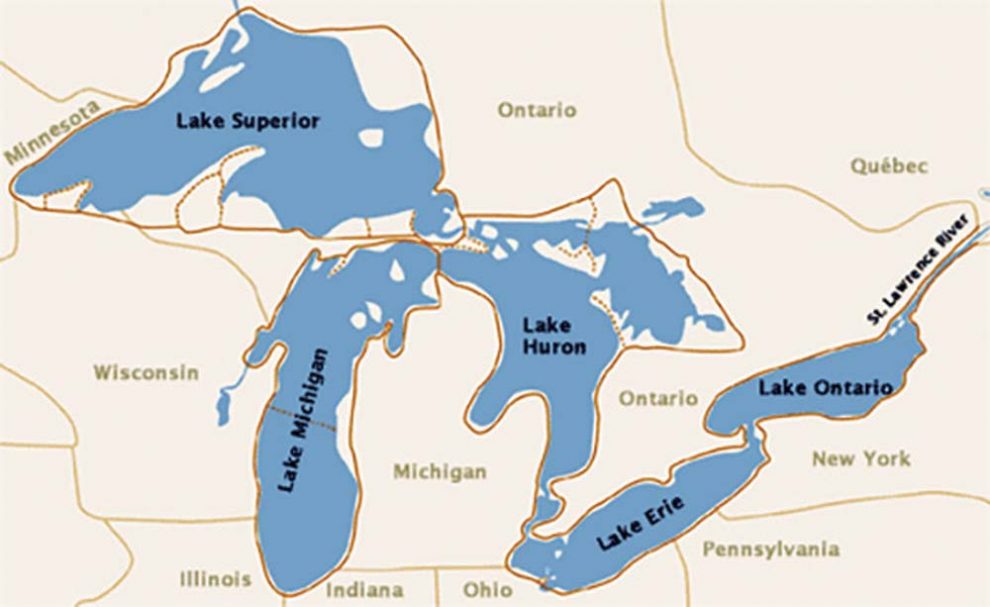 True to form, and doing exactly what we predicted he would do in our March 31 issue, Gov. Andrew Cuomo last week approved the diversion of millions of gallons of Great Lakes water to the small city of Waukesha, Wisconsin, a few miles west of Milwaukee. Cuomo discounted the express opposition of dozens of environmental groups, regional newspaper editorial boards and various politicians of his own party in giving the green light to the unprecedented water withdrawal.

Briefly, Waukesha (pronounced “War-cah-choo”) was ordered nearly two decades ago by the federal Environmental Protection Agency (EPA) to take measures to reduce radium levels in its rapidly depleting wells, on which it had been relying for several decades to facilitate unrestrained suburban sprawl. After half-hearted attempts at water conservation programs, and despite the opinions of some experts who contended that the radium contaminant could be adequately filtered out, the city found it expedient to seek permission to construct a pipeline to Lake Michigan as a solution to its water woes.

In order to accomplish that, it was necessary for Waukesha to capitalize on a loophole in the Great Lakes-St. Lawrence River Basin Water Resources Compact. Enacted by Congress and signed into law by President George W. Bush in 2008, a key provision of the compact is that no municipality located geographically outside of the Great Lakes basin is allowed to draw on its water.

owever, while the city limits of Waukesha lie 1.5 miles outside the watershed boundary, a technicality in the statute allows for towns, villages and cities of counties that straddle the boundary to be eligible to apply for a special exemption to help themselves to the abundant and seemingly boundless natural freshwater resource, and that’s precisely what Waukesha did.

As nominal modifications to the initial application, the total amount of water Waukesha will be allowed to withdraw was scaled down from 10.1 million gallons to an average of 8.2 million gallons a day, and the proposed service area, which included the surrounding town and a small number of associated districts, was effectively halved, in furtherance of a fig-leaf “compromise” designed to give political cover to Cuomo and the other seven Great Lakes governors including Ohio’s John Kasich, Wisconsin’s Scott Walker, Indiana’s Mike Pence and Minnesota’s Mark Dayton, all of which have, at one time or another, expressed aspirations for the US presidency which a veto on the Waukesha request, affecting swing state Wisconsin, might have complicated.

The existential danger to the rule of the Great Lakes compact, the natural resource it is supposed to protect and the viability of an economy in the many billions of dollars that supports a vast population across the region, including Western New York, is that this vote established the primacy of political rather than natural criteria in determining how to allocate Great Lakes water assets, which will now prove scarcer and more precious in future years.

The city of Waukesha lies entirely outside of the Great Lakes. If Waukesha has a right to tap into the Great Lakes based entirely on political considerations, what would ultimately restrict others from doing so? It’s a slippery slope from the kitchen taps of Waukesha, to the golf courses of Arizona, corn fields of Nebraska, frack wells of Colorado, fountains of Las Vegas and raging wildfires of California.

Seem farfetched? With the US population on track to reach a half billion by 2100, don’t be too sure. Factor in the tens of millions of individuals displaced by climate change across the globe migrating to western democracies, making the present exodus from the mid-east to Europe, with the attendant social upheaval, look like a tea party. Cuomo and his pals cracked the door to the Great Lakes. The exigencies of coming decades may force it open like a battering ram.

Although the original scheme was to supply similarly water-stressed municipalities near Waukesha through their distribution system, “the city will be less likely to expand its borders through annexations and the communities originally included in the service area won’t have the safety net of turning to Waukesha if there is a problem with their water supplies,” according to the Milwaukee Business News, “…(b)ut leaders for the city and the other communities say they don’t expect a reduced service area to hurt development moving forward.”

“I still see us having really good development potential,” reassured Waukesha Mayor Shawn Reilly.
Indeed, the growth paradigm is alive and well in Waukesha. Having outstripped its own resources, it can now bravely sprawl forward, thanks to the rights to Great Lakes water secured for it by Cuomo et al.