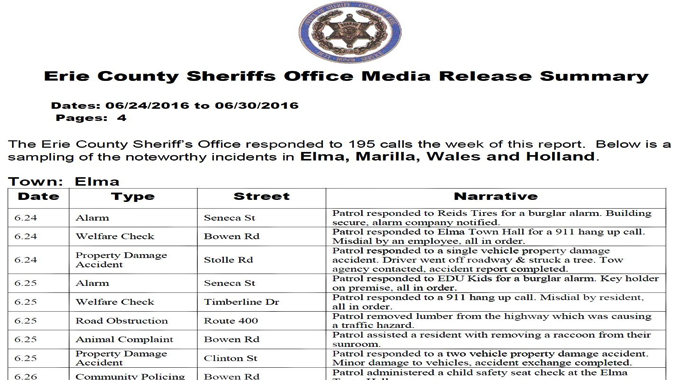 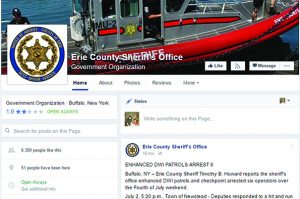 There are plants and there are plants. Some you can grow and eat or sell. When you grow others, you can wind up behind bars.
Back in June, the Erie County Sheriff’s Department Narcotics Unit executed a search warrant at a Hayes Hollow Road address and seized a felony quantity of hallucinogenic mushrooms and drug paraphernalia.
The arrest of Daniel Brace, 31 of Colden, occurred after Narcotics Unit members, armed with a warrant signed by NYS Supreme Court Justice Timothy Drury, discovered the mushrooms and a scale within the residence. The unit’s investigation was initiated in late 2015 and culminated in his arrest and seizure.
The defendant was charged with Class B felony for criminal possession of a hallucinogen and criminal use of drug paraphernalia and remanded to the Erie County Holding Center pending his arraignment.
The Sheriff’s Department has initiated a Facebook page that reads rather like a combined police blotter and public relations campaign, used to tell you how many drunk drivers they locked up over the weekend as well as wishing you a happy Fourth of July.
“A burglar alarm was reported at a bank on Transit Road. It had been set off by a cleaning person,” one entry reads.
“Twenty-three-year-old Roman Bristow was charged with petit larceny after being detained for shoplifting at Walmart,” another reports. “Bristow was also arrested on outstanding warrants out of Buffalo and Amherst.”
Another advertises the department’s sale of seized real property and another reminds us of how badly fireworks scare dogs and cats.
Facebook, the social networking site designed for teenagers, has become so ubiquitous in American life that politicians and police agencies alike rely on it to stay in touch.
“PAWN SHOP UNIT COMPLETE SHOP LICENSES,” the headline reads.
“Erie County Sheriff Timothy B. Howard announces the newly formed Pawn Shop/Secondhand Store Unit has completed registering 98 pawn shops and secondhand stores throughout Erie County.
“The members of the unit began contacting area stores to register the business according to Erie County Local Law 1-2016, Pawn Shop Law. These establishments have all been issued licenses from the Erie County Sheriff’s Office and the Pawn Shop/Secondhand Store Unit will be shifting its attention to compliance. Businesses found to violate provisions in the law are subject to a $200 fine for the first offense, $1,000 fine for the second offense and $3,000 for each subsequent offense. Additionally, any business with ten violations in a twelve month period will have its dealer license revoked.”
Who knew?
What did people do before they wasted entire days looking at the marginalia of other people’s lives on Facebook? How did they get by not knowing what some stranger had for dinner or who got picked up for driving drunk in Alden?
Mark Zuckerberg, who founded Facebook, is kind of a genius when it comes to people’s egos. His company is worth over $250 billion, and each and every day some Erie County Sheriff’s Dept. employee spends time typing out little posts that all begin with the words, ““Erie County Sheriff Timothy B. Howard announces…”