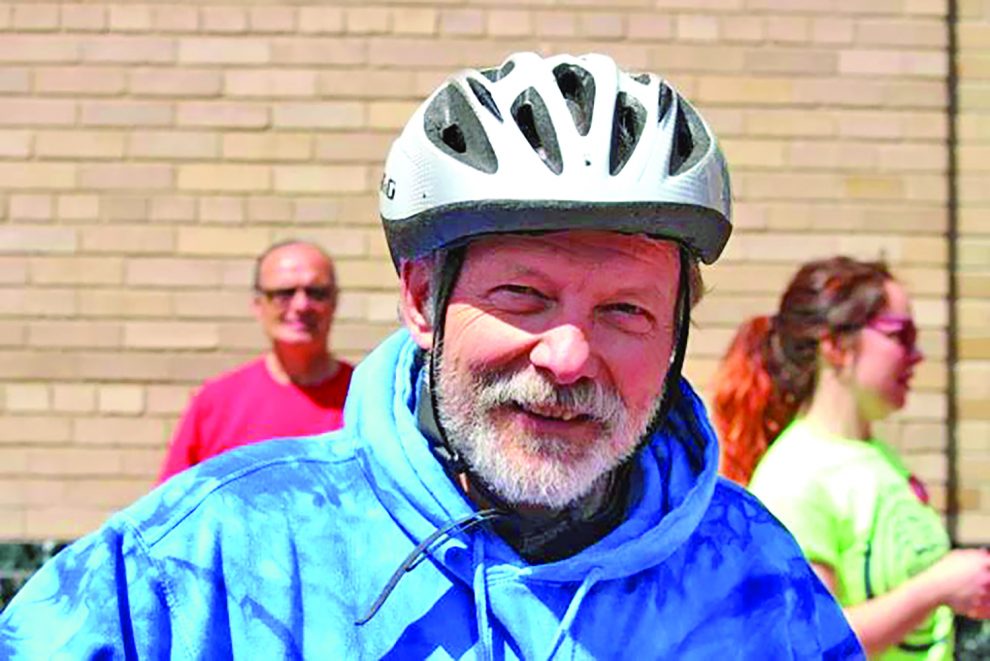 After years of debate and an avalanche of scientific data, most Americans today will tell you they’re concerned about climate change, and many make a sincere effort to do their part to fight the inexorable poisoning of our planet.  They’re bicycling or walking instead of driving, buying hybrid cars, conscientiously recycling, using biodegradable products, etc. There’s no doubt that every little bit helps, but some folks want to do even more. These are the handfuls of people who are driven to do more than just use paper instead of plastic. These people see that governments and industry are massive polluters and that only organized activism will get them to change their ways. Buffalo is home to some of the best eco activists in the country and ARTVOICE would like to shine a light on their worthy efforts.

As Bill Nowak sat amidst the flowered planters that dotted his porch, he spoke gravely about climate change, “we are facing an existential crisis as a species, and that’s not a natural part of what people talk about.”  One of the original and most outspoken advocates for environmental activism in Buffalo, Nowak has been a force for change in Western New York for more than four decades.  It’s fitting that Nowak is an advocate for environmental action since he was originally a sixties flower child.

“I’m a hippie. I came up through the sixties.  When my politics started developing it was around the Vietnam war, and I started playing music when I was 13, so I was engrossed within that whole theme–a really healthy dose of environmentalism, kind of back to the land-ism, disenchantment with the direction of society, and the whole consumerism outbreak,” said Nowak, describing the early inspirations that lead him into climate awareness.  Graduating from the University of Pennsylvania a few years later, Nowak took a more analytical view of world topics.  “Analyzing the roots of war took me to resource extraction, and a lot of war is about protecting oil and protecting various resources. So I saw a connection between trying to move away from fossil fuels into renewables as a way to help keep the world a more peaceful place.” As his efforts to encourage the community to adopt renewable energy grew he became an environmental leader in Buffalo.

Nowak became a community organizer for the city of Buffalo through the 70’s where he worked to municipalize the city power systems. This provided him and his coworkers more oversight of the power usage in the city and was meant to make power more affordable for low-income families. “I was active in the coop movement here,” said Nowak, “and was one of the coordinators at the North Buffalo Coop (one of the original three food coops founded in Buffalo).  There was an awareness of environmental and agricultural issues due to the food coops at that time so the environmental themes kept streaming in.” He worked on the city council staff where one of his main focuses was green development. “It seemed to a lot of us that if the city is going to invest a lot of resources and direction going forward, it should be in something that is going to progress and help humanity and has a future, and renewable energy seemed like that,” explained Nowak.

Following his time as an organizer, Nowak joined the Wind Action Group which, along with BQ Energy and Erie County, was one of the driving organization behind the Steel Winds Project – those big turbines on the waterfront.  “The community acceptance part of it was very important so the Wind Action Group logo was placed on one of the turbines.  You can’t accomplish anything alone, the whole left-wing counterculture movement was about bringing people together (this included the food coops and action committees discussed above).  We do things best when we do them in a collective,” said Nowak, the excitement in his voice increasing. “You have a lot of different input and ideas, and there’s strength in numbers.”

Environmental preservation and climate action is a field most think is static and unchanging. But it is evolving and developing each and every day. The science doesn’t remain constant, the people do. “At a base level [climate action] is loving your neighbor as yourself. It’s the whole moral upbringing that most people get. When you look at the paths forward, there are those that are constructive and those that are really destructive. I look at my children and grandchildren and wonder what sort of future world they’re going to have, because the trajectory we’re on at this point is a hellish one,” said Nowak, the worry plainly written on his face. “The whole thing growing up is that parents make the world a better place for their children, and in my parents’ generation that happened, said Nowak with solemn reflection. “Now to be part of a generation that can’t make that happen is just awful.” According to Nowak, as easy as it is to ignore climate change and the science that examines it, protecting and nurturing this planet is as essential as loving one another. Bill Nowak makes that very clear in everything he does.

To the younger generation, Bill says, “educate yourselves. Don’t close your eyes to what’s happening. Always start conversations with people about it. This crisis is at best these days just really peripheral.” He said it is today’s youth that must lead the charge for climate revolution.  “Buffalo could really be a leader, as long as we take it seriously,” emphasized Nowak. But before we can see results, “I would like to see us all set some goals,” challenged Nowak. Take it from a man who believes in community and collective progress that climate change and activism is as important as loving your neighbor as yourself.

So what about those goals? What are they? Ask yourself if you even know what an environmental goal would be. If you can’t answer that then you know you have some things you need to learn. You could start with the Wind Action Group: buffalowind.wordpress.com. We will suggest more opportunities in our next Green Giants article.