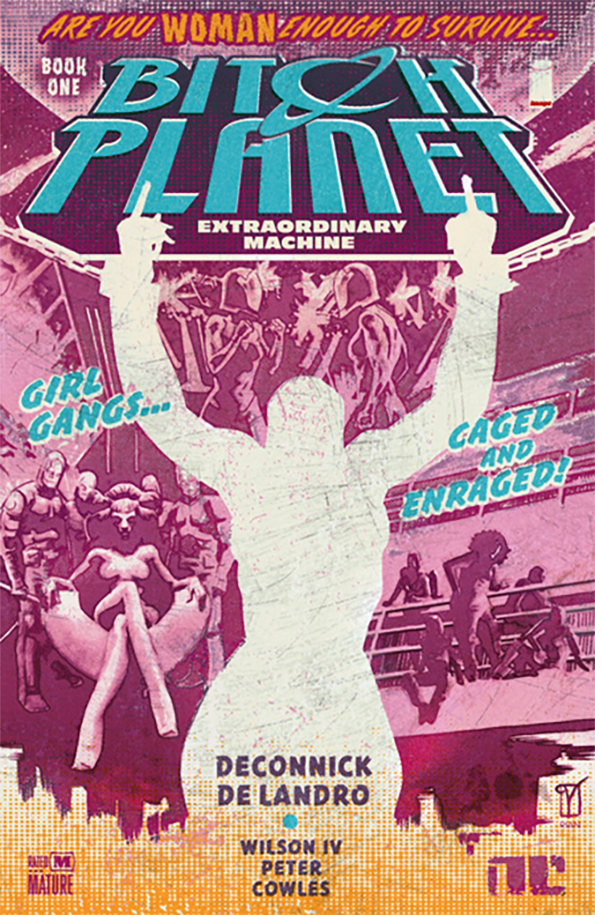 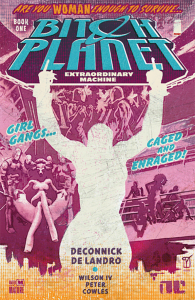 Kelly Sue DeConnick is going to save us all. No hyberbole. This incredible text deals with what happens when women who are labeled “noncompliant” are sent to a prison planet ruled by fatuous guards and patriarchal suits. As someone who believes that the United States needs extensive prison reform, my knee-jerk reaction to a text about a women’s prison planet with a cover lifted directly from 70s pulp exploitation flicks was deep nervousness. But DeConnick has tapped into all our learned expectations about women in prison and used those notions against us. Simply put, it’s brilliant. I am concerned with intersectionality, the idea that there are intersecting forms of oppression and that each of us experiences the world through the lens of our intersections. But Bitch Planet showed me that even someone who works to learn and change systems that they disagree with could still fall prey to preconceived notions. I’ve taught this book in a college classroom, and students responded beautifully to its central idea: that women are punished for being “noncompliant,” but that being non-compliant can include everything from fatness, to loudness, to literacy and free expression. Women of color are given central stage here, but I’d like to place special emphasis on Penny Rolle. Penny is someone I’ve never encountered before in any form of media: a fat woman who is unapologetic about her size. Penny is on Bitch Planet because she refuses to compromise her love for herself. Her presence, and the presence of other women of excellence in this text, shows us that punishment for “noncompliance” – as defined by patriarchy – is keeping women from full ownership of their limitless potential. 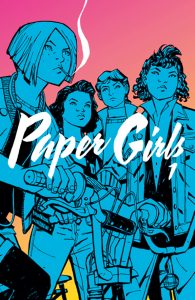 Brian K. Vaughn’s exceptional Saga has been ruining my life in the best way possible since its inception in 2012. Since Saga, I’ve been slowly been working my way through all the man has to offer. Like a really cold drink on a really hot day, Vaughn’s work has consistently proven to not just be pleasurable, but necessary. Volume One performs the delicate task of introducing a lot of weirdness without turning the reader off. On the contrary, the bits of larger story that are introduced simply increase your desire for more. The titular Paper Girls are a delightful bunch of teenage misfits, a girl gang who bond over being the only girls in their neighborhood to deliver the morning papers. The story starts off in the late 1980s, but quickly diverges from our known reality by introducing high-functioning technology, wound-healing insects and “whenhouses” – storage units exempt from our commonly accepted properties of time. Oh, and soldiers on flying dinosaurs who kill teenagers. If I’ve gotten your attention with that, I’d also encourage you to stick around for what promises to be a cracking good story. There’s an especially poignant moment in the last third when one of the Paper Girls gets a shock from a floating eyeball machine that forces her into a flashback. The flashback informs her that she’s wasted her young life playing a video game she didn’t even like, prompting her to ask what actions could she take to ensure she didn’t waste any more time. Given how exciting the first volume of Paper Girls was, I’m guessing she won’t have any more cause for worry in the future.