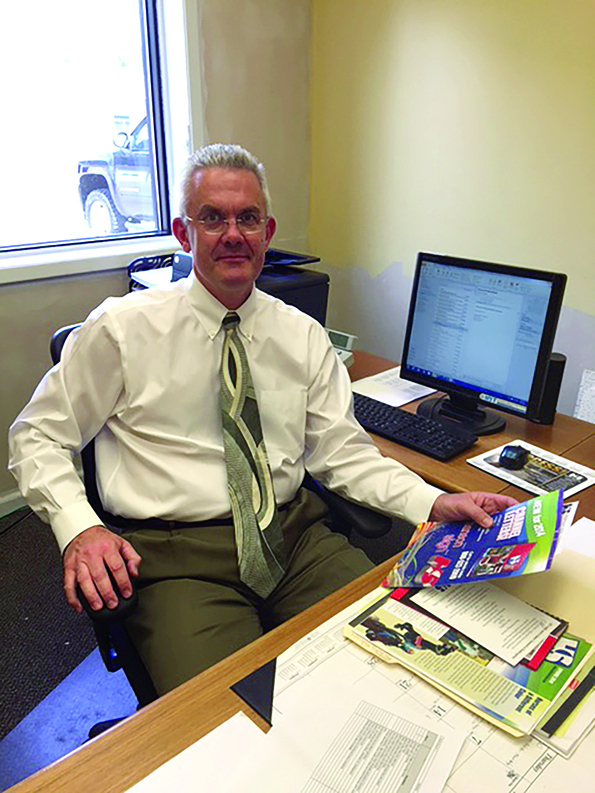 Every once in a while in life, we find a perfect match.  It may be a golf club, a pet, a career, or a partner.  There is something that tells us this is it!  This fits me perfectly and I know it, a once in a lifetime match that I will treasure.  That looks like what’s happened to 54-year-old Ed Sullivan, a longtime business executive who dreamed of someday owning his own business, one that would fit for his background and experience and would offer him a challenge and a chance to grow professionally and personally.  A so-called perfect match.

So how did Ed Sullivan, a longtime executive at Sorrento Cheese, find his perfect match which turned out to be an established sign manufacturing business in a small village in Chautauqua County with a nationwide customer base that ships to both Canada and the UK plus Mexico that was looking for a buyer?

Ed Sullivan found his dream with the help of Amherst-based Sunbelt Business Brokers of Amherst, a firm that we featured in a story last February, a company that looks for the right match between buyer and seller, aligning their interests for mutual benefit.   Sunbelt co-owner Lidia Cuozo brought Ed Sullivan and the Hanson Sign Companies of Falconer together, and after 18 months of negotiations, Sullivan and an investment partner purchased Hanson, with the closing six weeks ago.  To say Sullivan believes he has found the right fit would be an understatement.

“We have a great team, 37 fantastic workers,” said Sullivan during an interview at the company’s offices, brimming with excitement about the challenging days ahead.  “It is indeed the perfect fit for me.  Great business, great product, great quality, lots of opportunity to build and grow.”

Sullivan, who lives in Angola with his family, still has a long commute to get to work, like he did for the last 15 years with Sorrento Cheese of Buffalo, the last several years as vice president for sales in the retail dairy division.  But he’s committed to putting his experience to work helping to grow Hanson which did $4.8 million in business last year, 95 percent of it in the U. S.

Hanson’s customers are retail sign shops, sign franchises, ad agencies, and companies that sell or broker national accounts.  Sullivan notes that most retail sign operations do not have in-house capabilities to manufacture all of the complex sign types his company produces.  “They can generally produce some of what we do,” he says, “but they turn to us to fill in the gaps when they have a customer that needs a sign type they cannot produce.  We manufacture to their specs and ship the sign to them.”

Sullivan has clearly learned fast, and has hit the ground running in his new digs after acquiring the company from Gene Aversa who transformed what was a small retail sign shop into what it is today.  But Gene was looking to sell the company and retire, and that’s where Sunbelt took over and matched Aversa and Sullivan and helped broker the sale.

It appears that so far, everybody is happy, especially Sullivan who believes his background at Sorrento suits him perfectly in his new career as a business owner.

“The skills I learned there will be invaluable as we work to take Hanson to the next level,” says Sullivan, and it looks like he’s off to a good start just six weeks into his perfect match.  You can find out more about Sullivan and his business at www.hansonsign.com.