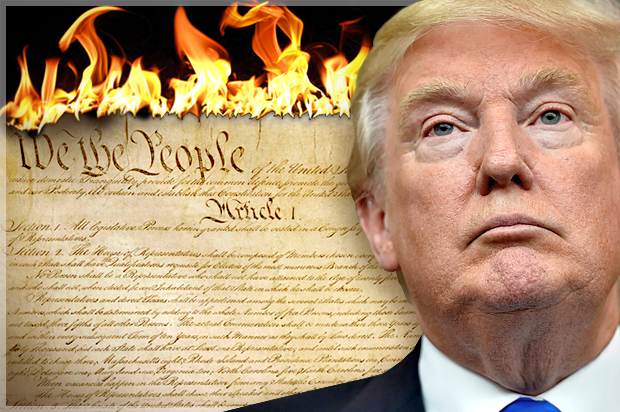 Artvoice contributor, Jim Ostrowski recently predicted that Donald Trump will win the general election this November, claiming that Trump will prevail despite the biased attacks launched by the mainstream media. Ostrowski referred to the US mainstream media as Pravda, the Russian newspaper that became infamous in the Soviet era for publishing the Communist Party’s official “news” and propaganda—insulting and exaggerated, but also ironic, considering Trump’s statements about amending libel laws if he is elected President. Trump—as admitted admirer of Vladimir Putin, who is not known for encouraging or protecting freedom of expression and the press—desires to imperil access and freedom of the press, despite the fact the President doesn’t actually have the power to amend the Constitution or change libel and slander laws. He has already denied access to several news outlets, claiming they are biased against him—the very same strategy of trying to coerce the press for favorable coverage that Mr. Ostrowski claims is the strategy of the Clinton campaign.

Trump has only himself to blame for his relationship with the media; he constantly seeks attention with controversial, often combative statements, through Twitter and interviews with major newspapers and television stations. Mr. Ostrowski has only himself to blame if he’s missed Trump’s insults and unfair speculations regarding the Khan family: besides his rally speeches, he spoke to The Washington Post and ABC News, and his interviews have been reprinted and reposted on countless media outlets. Similarly, Khizr Khan has spoken about why he had the copy of the Constitution he whipped out during his speech.  Mr. Ostrowski also (incorrectly) claims that the media declined to ask Mr. Khan about why he had a pocket version of the Constitution because “they may have realized that the answer might help Trump,” which is an odd assumption to make. First of all, it’s fairly obvious that Mr. Khan used it as a prop, to make the point that he, a Muslim immigrant, has a better grasp of and respect for the US Constitution. Secondly, it’s hard to imagine an answer for that question that would negatively impact Hillary Clinton’s campaign.

“Attack” may be too strong a word for Trump’s comments on the Khan family, but “insult,” “denigrate,” and “smear” would all suffice. Trump began by asking who wrote Khizr Khan’s speech, speculating that it was ghostwritten by Clinton’s campaign staff. Mr. Khan is an attorney who has been active in politics, the media, and his community for many years; it does not stagger the imagination that he could write an effective and emotional speech. Trump then turned his attention to Ghazala Khan’s silence on the DNC stage, saying, “Maybe she wasn’t allowed to have anything to say.” I don’t have any children; I don’t know what it’s like to bury your own son. Yet it occurred to me, watching Mr. Khan speak with his wife beside him, that perhaps some people are overwhelmed by public speaking, especially in front of thousands of people, especially on live television as well as in front of thousands of people in the audience, especially about something as heart wrenching as the topic of your dead child. Mr. Ostrowski apparently also missed Mrs. Khan’s rebuttal to Trump’s questions about why she didn’t speak at the DNC (which was because she was too emotionally distraught to speak in front of thousands of people on live television about her dead child).

Mr. Ostrowski believes that the press is purposely making Trump look unsympathetic; this is simply untrue. Trump makes himself look unsympathetic—all the press needs to do is accurately report his words and actions. Trump’s claims that he was “viciously attacked” by the Khans is self-pitying hyperbole. Even if the Khans had attacked him, Trump always has the option of taking the high road: to not engage in name-calling or baseless speculation, or feed into anti-Muslim sentiment, to let the matter drop from public scrutiny. Instead, his spokeswoman appeared on CNN and claimed Mr. Khan supports installing Sharia law in the US. It is laughable to think that Trump is the victim of the media, when he and his surrogates are spewing nonsense and hate to every camera and microphone they can find.

It is hard to give much credence to Mr. Ostrowski or his prediction. There’s nothing wrong with being wary of the media. There is, however, something wrong with trying to present an informed argument over the media’s credibility and merits when you refuse to be informed. Mr. Ostrowski cannot blame the media for his misunderstanding of the conflict between the Khans and Donald Trump. Nor can he credibly claim that Trump is a victim of the press, when Trump is trying to punish press outlets for accurately reporting his own words and actions. As for Mr. Ostrowski’s prediction that undecided voters will drift towards Trump as the more “telegenic” of the major party candidates, well: Trump’s enjoyment of the limelight is not directly correlated to the general public’s enjoyment in watching him. People may not like Hillary Clinton, but they may end up liking Donald Trump much less.