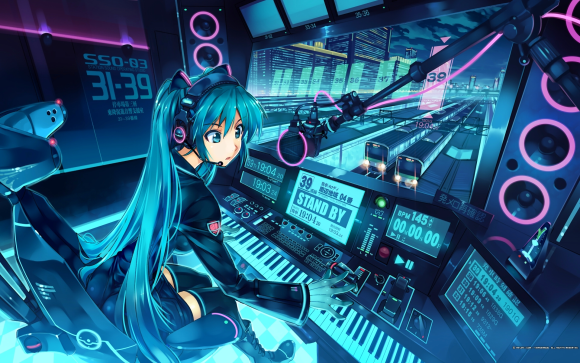 The phenomenal Japanese singer Hatsune Miku (100 million YouTube hits) is coming off of a sold-out, 10-city North American concert tour with high-energy audiences (blocks-long lines to get in; raucous crowd participation; hefty souvenir sales), except that “she” isn’t real. Hatsune Miku is a projected hologram on stage singing and dancing (but her band is human), and her May show in Dallas, according to a Dallas Observer review, typically ignited frenzied fans who know the show’s “every beat, outfit … and glow stick color-change.” Her voice, a synthesized “vocaloid,” is crafted in pitch, timbre and timing to sound human. (The latest PlayStation brings Hatsune Miku into the home by virtual reality.) [Dallas Observer, 5-16-2016]

THE FINER POINTS OF LAW

Make Up Your Mind, Feds: On Aug. 11, the federal government’s Drug Enforcement Agency famously refused to soften the regulation of marijuana, leaving it (with heroin) as a harsh “Schedule I” drug because citing Food and Drug Administration findings, it has “no medical use.” However, as the Daily Caller pointed out, another federal agency — Department of Health and Human Services — obtained a U.S. patent in 2003 for marijuana-derived cannabinoids, which HHS pointed out have several medical uses (as an antioxidant and for limiting neurological damage following strokes). [Daily Caller, 8-17-2016]

India has supposedly outlawed the “baby-tossing” religious test popular among Hindus and Muslims in rural villages in Maharashtra and Karnataka states, but a July New York Times report suggested that parents were still allowing surrogates to drop their newborn infants from 30 feet up and awaiting the gods’ blessing for a prosperous, healthy life. In all cases, according to the report, the gods come through, and a bedsheet appears below to catch the unharmed baby. [New York Times, 7-29-2016]

A New York Times reporter, describing in June the rising prices of prescription pharmaceuticals, noted that a popular pain reliever (probably describing oxycodone) was available on the Paterson, New Jersey, black market for $25 a pill, while heroin was going for $2 a baggie. [New York Times, 6-14-2016]

Investigators revealed in July that an off-duty Aurora, Colorado, sheriff’s deputy had justifiably fired his gun to resist a parking lot mugging — and that, furthermore, one of the bullets from Deputy Jose Marquez’s gun had gone straight into the barrel of one of the handguns pointed at him. The investigators called the shot “one in a billion.” [Denver Post, 7-1 3 -2 016] 7-1 3 -2 016]

Gary Durham, 40, was shot to death during a heated road-rage incident in Plant City, Florida, on Aug. 10. Durham had served 10 years in prison after an aggressive road-rage episode in 2001 in which he pursue another driver and knocked him to the ground, causing the man to hit his head, fatally, on the pavement. (Included in Durham’s 2002 sentence was an order to take anger management classes.) [Tampa Bay Times, 8 -11-2016]

A 9-year-old girl named Irina won a contest in Berezniki, Russia, in August for letting mosquitos bite her more often that they bit other contestants. It is the signature event of the annual Russian Mosquito Festival, and her 43 hits were enough to earn her the title of “tastiest girl.” The annual Great Texas Mosquito Festival in Clute, Texas (south of Houston), apparently has nothing comparable. [Washington Post, 8-15-2016]

The Elanora Heights Public School (a primary school in Sydney, Australia) recently banned clapping during student assemblies in an effort to help pupils with noise anxieties. To show audience approval, students are asked to “punch the air,” “pull (on their) faces” or “wriggle about.” (2) In July, The Nairobian newspaper reported the remarkable career of “Rosemary,” reputed to be the Kenyan capital’s oldest prostitute — still going strong at 64 after more than 5,000 clients. She said she could make it through 40 on a good day, but never missed church on Sunday. [Sky News (London), 7-20-2016] [The Nairobian, 7-16-2016]

Didn’t Think Ahead: Jeremy Watts, 30, and Jessica Heady, 24, were charged with aggravated burglary (a PlayStation and other electronics from a man’s home) in Clarksville, Tennessee, in August. The pair had offered the haul to a Cash America Pawnshop, but did not realize that the home they had burglarized was the pawnshop manager’s. [TCPalm.com (Stuart, Fla.), 8-2-2016] [Leaf Chronicle (Clarksville), 8-3-2016]