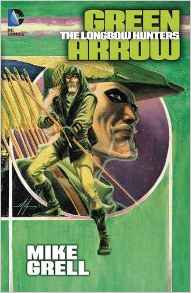 By Mike Grell (Author and Illustrator)
DC Comics (Publisher)
Review by Jack Dumpert.
Green Arrow, DC Comics’ iconic emerald archer, started out as a Batman knock-off, complete with a kid sidekick, an Arrow car, Arrow plane, and an Arrow cave. Recast as the DCU’s resident leftie during the socially conscious 1970s, he was again reinvented in 1987 by Mike Grell. Starting with The Longbow Hunters, the writer-artist – already a fan favorite for Warrior, a sword-and-sorcery series, and his tales of a mercenary bounty hunter in Jon Sable, Freelance – began changing everything about Green Arrow.  Gone were the spiffy plumed hat, the domino mask. Gone were the trick arrows, replaced by deadly, sharp, broad-head arrows. Another major change: Grell brought the brave yet conflicted Oliver Queen, Green Arrow’s alter ego, firmly into middle age, subject to the crises faced by a man in his forties. As both writer and artist, Grell employed dramatic layouts. Each page was piece of art in itself. The immediate success of The Longbow Hunters quickly led to a monthly series, for which Grell penned eighty issues. In the nearly 30 years since its debut, The Longbow Hunters has never been out of print. Mike Grell will be the very special guest at the Buffalo Comicon, September 17 and 18. 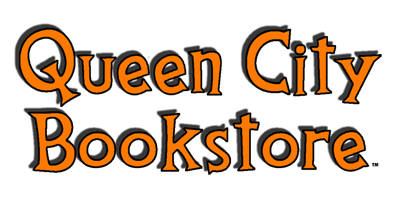 Theater | On the Boards
Graphic Traffic: Astronauts in trouble