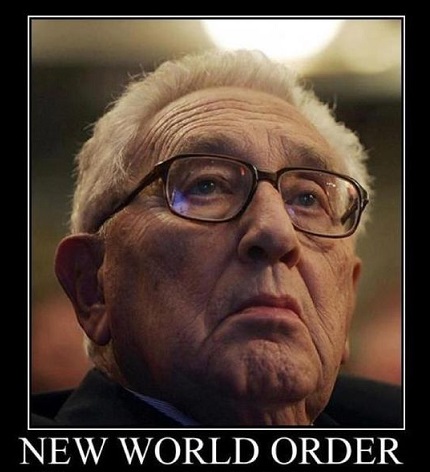 This is an excerpt from the new book, The Impeachment of Barack Obama and Hillary Clinton for High Crimes in Syria and Libya, by Michael Ostrowski and James Ostrowski (2016).

The American interventions into Libya and Syria happened in a troubled part of the world with numerous and seemingly intractable problems that were in many ways the result of prior unwise American foreign policy.  This is particularly true with Syria.  The Iraq War launched by George Bush in 2003 destabilized the artificial state of Iraq.  It is widely recognized that Saddam Hussein was a brutal dictator who held Iraq together and under control by brute force.  However, it is rarely acknowledged that, since Iraq is an artificial country created by the Western allies after World War I, it is difficult to conceive of Iraq being held together in any other way than brute force.  As one of the co-authors pointed out in 2003, Iraq is made up of three discrete groups with historical and ideological, ethnic and religious differences.  The suggestion of peace through partition made in that article was ignored.[1]

Additionally, the elimination of Saddam’s secular regime opened the door for various Islamic factions to vie for state power.  ISIS emerged out of this power vacuum.  Syria, a regime controlled by a Shiite, Bashar al-Assad, was a natural target of ISIS, once it had gained a foothold among its fellow Sunnis in Iraq.  Say what you will about ISIS, but they had the savvy to realize what clueless (archist) foreign policy “experts” in the West did not, that the Sykes-Picott borders created by the Western powers were completely arbitrary and bore no relationship to reality in the 21st Century.  They ignored them, indeed, explicitly promised to obliterate them.

ISIS did not exist in a self-conscious form in Libya prior to the start of the civil war there in 2011.  Rather, that conflict had roots in the Arab Spring.  In addition to the wreckage of Iraq, the Arab Spring was the other major development that set the stage for intervention into Libya and Syria.

The Arab Spring is a large and complicated phenomenon that can only be summarized here.  What is vital to understand for present purposes is that this conflict was a face-off between old regimes in the Middle East and their opponents, who, whether correctly or not, portrayed themselves as democratic reformers.  Which side did the Progressive State of America support?  Both sides of course, illustrating the irrational nature of progressivism applied to foreign policy.

The relationship between the United States and Egypt is longstanding.  Keep in mind that virtually the entirety of American foreign policy in the Middle East is based on the simple concept of Israel First.[2]  That is, the United States does what Israel and its allies think is in the best interest of Israel.  Of course, it can never be called what it is, Israel First.  Rather, it is always sold to the gullible American public as necessary to fight terrorism or to keep the oil flowing.

Both rationalizations are nonsense of course.  In fact, both propositions are the precise opposite of the truth.  The only obstacle to the free flow of oil is America’s numerous, prior and unwise interventions into the Middle East directly or indirectly on behalf of Israel.  David Stockman traces this pernicious fallacy to Henry Kissinger: “That doctrine has been wrong from the day it was officially enunciated by one of America’s great economic ignoramuses, Henry Kissinger, at the time of the original oil crisis in 1973. The 42 years since then have proven in spades that it doesn’t matter who controls the oilfields, and that the only effective cure for high oil prices is the free market.”[3] Likewise, America has been attacked by terrorists largely because of its prior unwise interventions on behalf of Israel.  These facts are really not debatable by any honest observer.  Rather, those blinded by self-interest or ideology are in denial about these facts and respond by shooting the messenger.

Thus, America’s relationship with Egypt is largely a function of its slavish devotion to Israel.  Egypt made peace with Israel in 1979.  Naturally, America must bribe Egypt to pretend to like Israel.  That mandate led the United States to subsidize the brutal dictatorship of Hosni Mubarak from 1979 through 2011.  Mubarak’s regime featured systematic torture, massive violations of free speech and assembly, interference with elections and persecution of gays.[4]  All the while, this evil regime was propped up by Uncle Sam.  The only sin Egypt avoided was attacking Israel.  The Feds mulcted about two billion dollars a year from the U.S. taxpayer to bribe Egypt and its corrupt power elite.[5] Officially, the aid was “unconditional.”  Unofficially, there was the one condition previously stated.

It is worth noting that one of the reasons bin Laden gave for the 9/11 attacks was U. S. support for Egypt.[6]

Thus, decades of oppression from the U.S.-backed Mubarak regime led to an uprising in Egypt. But the U.S. backed Mubarak’s opponents as well.  The New York Times reported in 2011 that: “a small core of American government-financed organizations were promoting democracy in authoritarian Arab states. . . . the United States’ democracy-building campaigns played a bigger role in fomenting protests than was previously known, with key leaders of the movements having been trained by the Americans in campaigning, organizing through new media tools and monitoring elections.”[7]

Thus, the Progressive State of America was supporting both sides in the Arab Spring uprising that eventually spread to Libya and set the stage for the disastrous American intervention there that is the subject of this book and which, along with the Syrian catastrophe, has the world flirting with disaster.

Hillary or Trump? How about Bernie and DePasquale!
Politicians Are Engaging In Unseemly Pay Raises