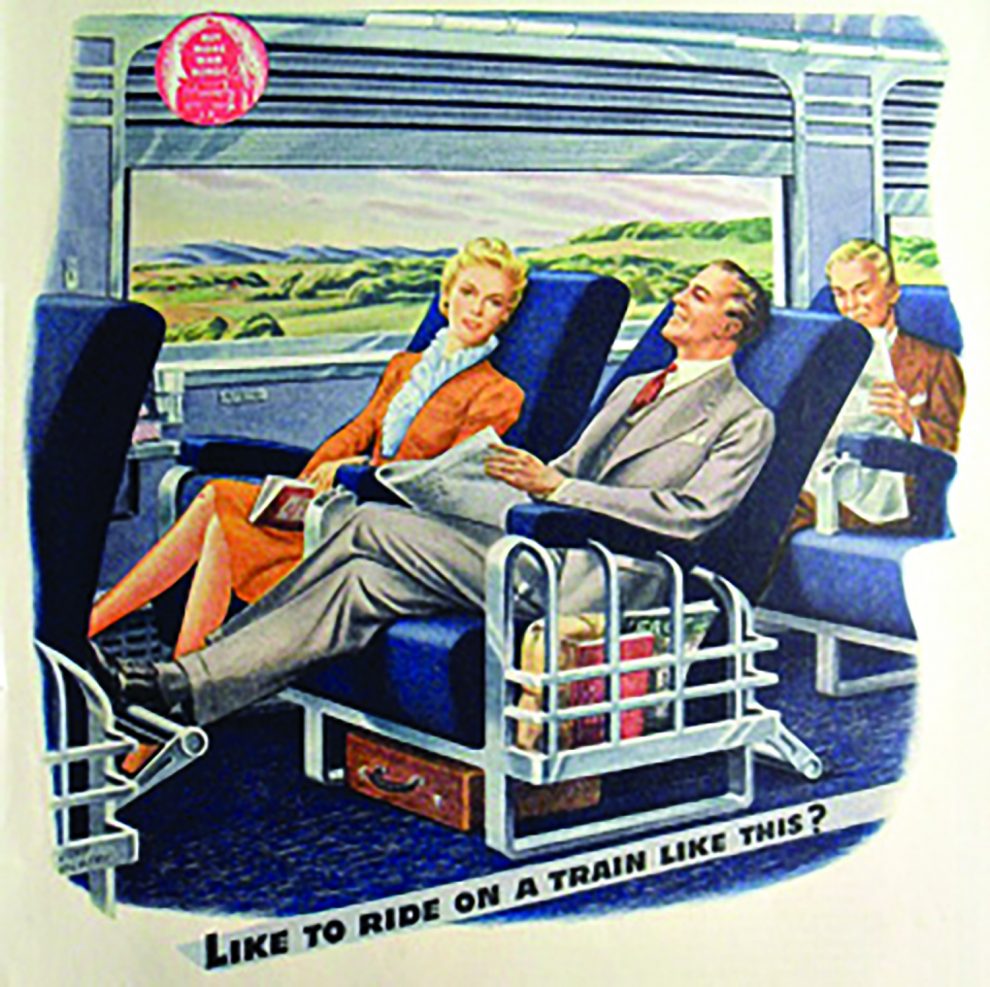 Among the advocates participating will be Bruce Becker (National Association of Railroad Passengers), Dan Leonard (Buffalo Niagara Partnership), DeSantis, and Dyster, who will lead the discussion with introductory remarks.

Irony lives, suggest longtime Dyster observers, who have watched the Mayor use $43 million in taxpayer resources to construct an Amtrak station that isn’t being used – even by Amtrak. That he is headlining a discussion to build another Amtrak station, this one estimated to cost more than $50 million, is certainly curious to some.

The new Niagara Falls train station – if Amtrak ever moves in – will carry about 90 passengers per day, 45 coming and 45 going, the same number of riders that presently come to the Falls at the old station which is 20 times smaller than the new train station.

In other words, the new train station will be mostly empty.

The reason for that is that it was overbuilt – probably so that designers could make millions in fees and construction management (The designer/engineers are very good friends of Dyster and DeSantis).

At 22,000 square feet, the new Niagara Falls train station is one of the largest in the state despite the fact the Niagara Falls has one of the lowest ridership numbers in the state (Amtrak posts all its ridership numbers on its website, and we have republished this information for several years as we correctly predicted this debacle in dozens of stories).

Yet Dyster will be the keynote speaker for the Buffalo people who will gather to learn how to build a new train station.

Dyster hasn’t even gotten a lease from Amtrak for Niagara Falls yet, and when questioned about this inconsistency he said, incredibly, that that is the way he does business: build a train station first then try to get a lease with Amtrak.

Everywhere else in the world – you secure your tenant first – especially if you only have one possible tenant – in this case – for a train station – there is only possible tenant — Amtrak.

No, first, you get Amtrak, something which Dyster has not done.

He built a train station and his engineering friends made millions.

And the taxpayers of Niagara Falls will have to pay for the maintenance and operation of a too big train station that the city didn’t need.

The city presently has a train station (that Amtrak operates out of) that is right-sized for train ridership to and from this city. The present train station is near Lockport St., and at about 800 square feet it is more than sufficient for the tiny ridership numbers Niagara Falls has.

(Sorry but not many people come to the Falls by train. When was the last time you traveled anywhere by train?)

And the present train station – small and unglamorous as it is – is all that the city needs for its 45 people coming and 45 people going per day, and it doesn’t cost Niagara Falls taxpayers anything.

Yet supporters of the Buffalo project think Dyster has something to teach them. Very good.

If they are alert and cut through the crap, here is what they will learn: the engineer and design team of Wendel Duscherer will make millions upon millions on this project. There are grants to build train stations.

(It’s like getting a free castle that you don’t need and can’t sell, but have to keep and pay the high heating bills on it forever and nobody goes there so it’s mostly empty.)

It sounds great when you build it, blowing the money of federal taxpayers and state taxpayers (that’s always fun) so what does it matter if you build something your city doesn’t need?

You can say you built it and it was all free money (and your friends for whom you secured the design and engineering work have a well-scratched back, and your back looks pretty well-scratched, too.)

But then the day of reckoning comes and someone has to pay for the its maintenance each and every day for years – for a large empty train station.

That someone is the taxpayers of Niagara Falls.

Dyster’s proposed city budget (and here is where the bullshit flies) indicates that he thinks Amtrak will pay $173,000 annually.

That’s incredible nonsense. They may pay 10 percent of that amount.

That, too, is nonsense. It will cost way more.

Dyster reached his BS numbers by deducting the $173,000 in anticipated payment from Amtrak, and $19,000 from the operators of an Underground Railroad Museum also housed in the station, which leaves the city taxpayers with $188,000 in expenses for maintenance in the first year.

That number is also nonsense.

It will cost about $600,000 per year to operate a train station based on actual numbers of other train stations in New York State.

As Dyster said this week, “The city has conceded, frankly, on virtually every issue at this point and we can’t get (Amtrak) to sign a lease. ”

The problem is, Dyster overbuilt it.

It will be empty. Even if Amtrak does move in.

Ridership is not going to increase just because the train station is larger.

They ride trains because of whatever reason (a few) people still ride trains.

The fact is the people who do ride trains to Niagara Falls were easily taken care of at the 800 square feet train station the city already has (and doesn’t have to pay for. Amtrak pays for its maintenance).

So here’s the dirty little secret Dyster will never tell you. He miscalculated. He thought if he built the big fancy station Amtrak would hop on board and just pay big rent to be there.

The secret is that Amtrak was and is perfectly content to be in the small train station in the Falls that they are already in.

They don’t need more space, and because the ridership is so low – Amtrak will look awfully lonesome and kind of stupid in a great big, oversized and empty train station.

That’s the plain truth and if the people of Buffalo want to hear how to blow taxpayers’ money and have an empty train station – and maybe no tenant after they spend millions – they got the right man in Dyster.

But don’t be surprised if Amtrak doesn’t make a deal with Dyster unless and until he lets them in for free.

Dyster recently told the council about his negotiations with Amtrak:  “We are down to literally the last issue. We are very, very close,” then he refused to discuss what that last issue was.

Anyone want to bet the last issue was “rent”?

They can take a hard line and wait and they will win – for there is no other tenant who can move in and operate a train station with real trains.

Amtrak may move in or maybe they won’t.

And Dyster was the dunce who said, you build the train station first then you negotiate with Amtrak to pay rent and move in.

No fools, that’s not how it’s done.