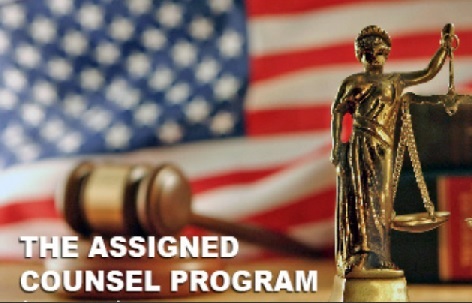 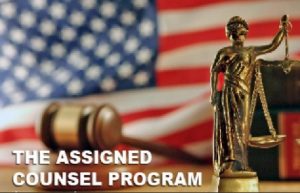 Freedom of Information law request made by Artvoice to the Assigned Counsel Program for Erie County has been denied by the program’s Chief Defender/Administrator, Robert N. Convissar.

Artvoice’s FOIL request sought to learn how often courts assign counsel in Erie County to persons who have not been charged with a crime or checked for financial eligibility.

“Please be advised that this office is not subject to the Freedom of Information law,” Convissar wrote. “We are not an agency as defined in the statute.”

An “agency” as defined by the New York State FOIL statute is “any state or municipal department, board, bureau, division, commission, committee, public authority, public corporation, council, office or other governmental entity performing a governmental or proprietary function for the state…”

While the FOIL has been denied, Artvoice, represented by attorney Peter A. Reese, is appealing the denial to The Erie County Bar Association Aid to Indigent Prisoners Society, Inc.’s board of directors.

The appeal, drafted by Reese, an experienced litigator in FOIL-related matters, reads in part:

“Pursuant to the Freedom of Information Law, I hereby appeal your denial of access to records [and]  demand access to these records and/or provid(e) a detailed justification of the agency’s grounds for non-disclosure [with an index]…. The provision of the index hereby demanded will facilitate proper prosecution and potential adjudication of this FOIL request.”

The Artvoice appeal states that the Assigned Counsel office has 10 business days “to provide reasons for your denial or to provide access to the records sought.”

However, if the Assigned Counsel Program claims their office is not subject to FOIL, they will most likely not comply with the 10 day requirement.

Reese said the next step is an action in State Supreme Court to determine if the Assigned Counsel Program is an agency subject to FOIL.

According to the Erie County Bar Association Aid to Indigent Prisoners Society, Inc. 2014 tax return, as posted on GuideStar.org, the corporation had a budget of $8.5 million, of which about $1 million was spent in salaries, and about $7 million on payments to lawyers assigned to criminal defendants and to an unknown number of persons who have not been charged with a crime.

Prior to that there was no general public right of access to government records.

Over the years there have been several judicial determinations involving the interpretation of FOIL that ultimately brought certain agencies within the embrace of FOIL.

Smith v. CUNY, 92 NY2d (1999) – Court of Appeals held that college association comprised of administrators, faculty and students performed “substantially more than an advisory function” and has “decision-making authority to implement its own initiatives” and is a “public body” subject to Open Meeting Law.

Canandaigua Messenger, Inc. v. Wharmby, Supreme Court, Ontario County, (2001) NYS2d (2002) – Board of not-for-profit corporation found to be subject to Open Meeting Law when all members appointed by government and performs a function “in place of the city”.

“In the context of a request for disclosure of records of a volunteer fire department, this appeal calls upon us to further explore the reach of the Freedom of Information Law (Public Officers Law, art 6)….

“We begin by rejecting respondents’ contention that, in applying the Freedom of Information Law, a distinction is to be made between a volunteer organization on which a local government relies for the performance of an essential public service, as is true of the fire department here, and on the other hand, an organic arm of government, when that is the channel through which such services are delivered.

“Key is the Legislature’s own unmistakably broad declaration that, ‘[as] state and local government services increase and public problems become more sophisticated and complex and therefore harder to solve, and with the resultant increase in revenues and expenditures, it is incumbent upon the state and its localities to extend public accountability wherever and whenever feasible’ (… Public Officers Law, § 84).

“… (A)bsent a provision exempting volunteer fire departments from the reach of article 6 — and there is none — we attach no significance to the fact that these or other particular agencies, regular or volunteer, are not expressly included.  For the successful implementation of the policies motivating the enactment of the Freedom of Information Law centers on goals as broad as the achievement of a more informed electorate and a more responsible and responsive officialdom. By their very nature such objectives cannot hope to be attained unless the measures taken to bring them about permeate the body politic to a point where they become the rule rather than the exception.  The phrase ‘public accountability wherever and whenever feasible’ therefore merely punctuates with explicitness what in any event is implicit.

“Further light is cast on this question by the all-encompassing definition of what constitutes a governmental arm within the context of the statute.  In this connection, subdivision 3 of section 86 of the Public  [***577]  Officers Law includes ‘any state or municipal department, board, bureau, division, commission, committee, public authority, public corporation, council, office or other governmental entity performing a governmental or  [*580]  proprietary function for the state or any one or more municipalities thereof’….

“…the Freedom of Information Law compels disclosure, not concealment…”

The New York State Freedom of Information law declares that “a free society is maintained when government is responsive and responsible to the public, and when the public is aware of governmental actions. The more open a government is with its citizenry, the greater the understanding and participation of the public in government.”

Artvoice will keep readers informed of the results of our FOIL appeal to the board of directors of The Erie County Bar Association Aid to Indigent Prisoners Society, Inc. which administers The Assigned Counsel Program for Erie County.