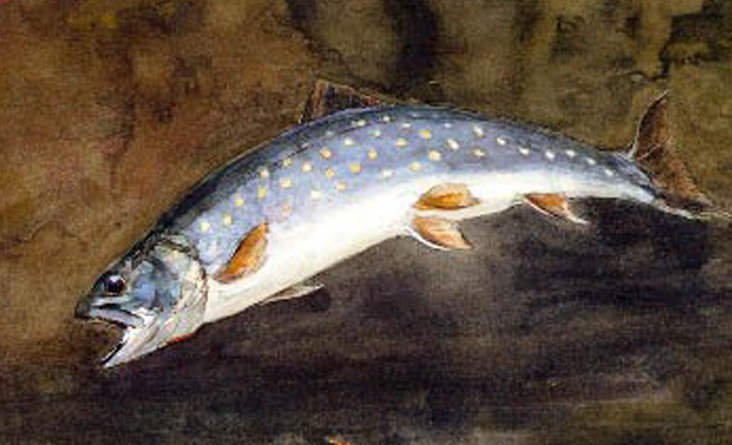 The Friends of Vienna present an all-Schubert program

The Friends of Vienna continue celebrating their 40th Anniversary Season on Sunday November 6 at 3:30pm at the Unity Church, 1243 Delaware Avenue in Buffalo, with a program devoted to the music of the Franz Schubert, arguably the composer most closely associated with the gemütlichkeit spirit of the city of Vienna during the early 19th century Biedermeier era. What makes this particular concert extra special is that it features Schubert’s Piano Quintet in A major, D.667, a work universally known as the Trout Quintet, the composer’s best known chamber work, and one of the most popular chamber works in the entire repertoire, as well as the String Trio in B flat major, D.581.

On February 11, 1818 Schubert sat down and composed the song “Die Forelle” (The Trout), later used by the composer for the theme and variations movement in his Trout Quintet, after drinking several bottles of Szekszárd, a Hungarian red wine, at the home of Anselm Hüttenbrenner, his friend and frequent drinking partner. Hüttenbrenner loved to tell the story about how the composer sat down and wrote a clean copy of the lovely song off the top of his head. In reality, Schubert had composed the song a year earlier and merely wrote it down from memory for the benefit of his friend. This was just one of many anecdotes that were circulated during Schubert’s all too brief lifetime, and for many years afterwards, that helped create the legend of the master who composed as easily and freely as water flows from a spring, ignoring the hard work that lay behind his vast, and seemingly effortless output.

Because of the somewhat unusual combination of instruments required for a performance of the Trout Quintet, an ad hoc, but very talented group of musicians has been assembled by Jonathan Golove, associate professor of cello at UB. Violist Donna Lorenzo, an active chamber musician locally, has performed widely with chamber music groups in Italy. Three members of BPO make up the rest of the quintet: Antoine Lefebvre, principal second violin, Brett Shurtliffe, associate principal bass, and Claudia Hoca, BPO staff pianist. The Friends of Vienna are particularly happy to welcome Claudia Hoca back for this event, as she has appeared on this series dozens of times previously, including a performance at the very first organizational luncheon where the group was launched, 40 years ago.

The Trout Quintet holds a special place in the hearts of bass players, as Brett Shurtliffe, who has been the BPO associate principal bass since he joined the orchestra in 2007 explains: “There are quite a few chamber works that include the double bass, works by Stravinsky, Prokofiev, Dvorak and Beethoven being some of the more important, but you are very correct that the Trout is more beloved than any of the others.  I think it has to do with the Trout’s fourth movement, the Theme and Variations, where Schubert used the melody from his song “Die Forelle” (The Trout). It’s a light and infectious melody that is easily whistled along with after the first hearing.

“The Trout Quintet is a joy to play because, in my opinion, it’s some of Schubert’s best work, as it combines his excellent chamber writing with his best lieder. It has a light and bouncy mood and even the slow movement refrains from melancholy, instead focusing on joyous beauty.  Along with its lovely melodies and textures, the Trout was written for a group of amateurs.  Because of that the parts aren’t extravagantly difficult. The musicians are allowed to enjoy themselves and just experience the music, without having to focus as much as they would for other works by Schubert.  Also, since it wasn’t written for a typical string quartet, the voicing is different than usual. The viola gets more counter melody as if they were a second violin, and the cello is allowed to explore more melodic work as the bass takes over the traditional bass lines usually covered by the cello”.

“I have commissioned new works”, says Shurtliffe, “mostly for solo bass or bass with piano, but never a mixed chamber group like this. It’s certainly something that’s on my “to do” list! I’ve performed many premieres for chamber music with bass, ranging from large ensemble pieces to works for clarinet, timpani and bass. Chamber music including bass began to really experience a surge in the experimental phase after the 1950”s. Because of the wide range of tonal capabilities that the bass has, it was used for it’s believe it or not, exotic qualities. Also, with the greater influence from jazz in the classical scene, the bass started to be used more to help bridge the gap between genres”.