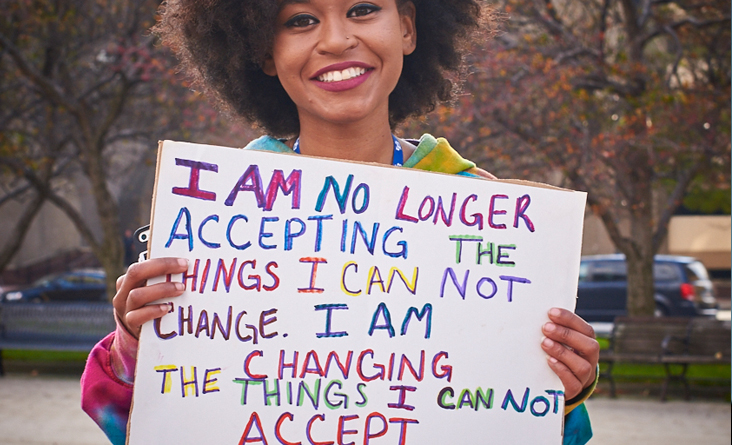 We have to support Donald Trump so he can hopefully perform well as President. He won the election, and a large segment of the U.S. population has spoken. I agree with many of the policies he wants to implement, and I believe he will stop the nasty rhetoric that he used in the primaries and the general election. I am convinced his rhetoric was contrived to draw attention to himself and away from other candidates. Every time he said something controversial he received extensive and free media coverage and he was in the spotlight. He played the media very well.

The next step is for President-Elect Trump to fill Cabinet and advisory positions. Due to his lack of political, government and military experience the appointment of highly qualified people to key positions will be critical in determining the success of his Presidency. Early information on his possible appointees indicates he will surround himself with qualified and competent people. Rudy Giuliani, Newt Gingrich, Chris Christie, and others being mentioned are potential viable candidates.

Haters should not be included in the Trump administration. I look forward to a successful Trump Presidency that embodies the unbiased spirit of the American people. 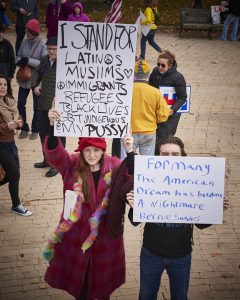 In a certain corner of hell, there is a party going on. Nazi propagandist minister Joseph Goebbels is saying, “I told you that when a lie is told enough times people will believe it.” Meanwhile former racist southern governors like Governor Orville Faubus of Arkansas and Governor George Wallace of Alabama are waving Confederate flags and celebrating the election of a presidential candidate endorsed by the Ku Klux Klan.

A woman’s right to choose-gone. LGBTQ rights-gone. Voting Rights Act-gone.  EPA-gone. Separation of church and state-gone. This is not hyperbole. Think back to civics class, unless you were absent that day.

Federal jurists have lifetime tenure. Since President Obama has been in office, the Republican Senate has refused to confirm the vast majority of his nominees to the federal bench. There are many vacancies at all levels.  When Trump and the Republican Senate fill these positions with ultra-conservative judges, these people will be interpreting the law for the next 30-40 years.

During this campaign people have focused on shiny objects: terrorism, immigration, jobs. These things must be dealt with, however the underpinning of the United States is a fair, equitable justice system.Without that we have nothing and we will not solve the other problems either.

If Donald Trump was elected President due to your action, or inaction, thanks for nothing. To my grandson, Blake, I’m sorry. Grandma and I wanted you to grow up in a country where the government protected your health and personal freedom. We voted for Hillary Clinton. 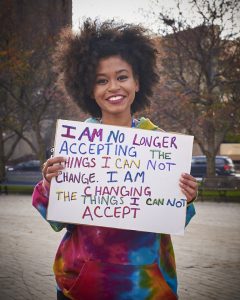 My name is (Ms.) Stacey Bowers and I am a resident of Buffalo, New York.

I’m writing to express my serious concerns about President-elect Trump’s plan to appoint Steve Bannon to his cabinet.

As you may know, Bannon once owned Breitbart News, which is known to be a site that foments bigotry among the “alt-right” or white nationalists.. While there, Bannon oversaw a number of bigoted articles, with titles such as:

• “Planned Parenthood’s body count is up to half a Holocaust”

As a Buffalo resident whose nearest neighbors are a People, Inc., home for the developmentally disabled, a home of Burmese refugees and several gay men and lesbians, including Carol Speser, who performed the first gay and lesbian wedding in New York State, I fear that the appointment of such a bigoted person to such an important office will have tragic ramifications on our most vulnerable citizens.

Please join me in denouncing this appointment and in emphasizing how important it is to be tolerant of our fellow humans, regardless of their gender, race, creed, ability, sexuality, or otherwise.

Many thanks, as always, for your attention and your representati on! 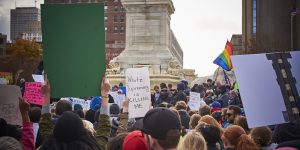 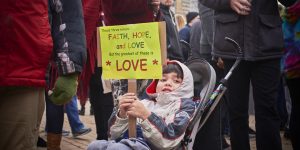 When Leonard Cohen’s death was announced on November 10, the music world mourned its poet king. True, Bob Dylan has always been deified as the man who broke ground for all the singer/songwriters who followed in his wake, but even Dylan gave it up to Cohen, once telling the Canadian songsmith in no uncertain terms that he was “number one.” Looking back at Cohen’s half-century of communiqués from the soul, Dylan’s assessment is tough to dispute.

Cohen became an unlikely hero of the counterculture when his debut album, Songs of Leonard Cohen, was released in 1967. Long before his fellow Canadians Joni Mitchell and Neil Young had made their first solo statements, he was embraced as an avatar of the burgeoning singer/songwriter movement.

Even into his 80s, Cohen seemed invigorated, working with power and intention all the way to the end. His final album, You Want It Darker, was released just weeks before his passing. Its title track featured the refrain “Hineni, hineni, I’m ready my Lord.” A fitting bit of closure.

I was one of many in New York State who were disillusioned and shocked when the Empire State Pride Agenda decided to declare ‘mission accomplished’ and close its doors.  The idea of any lobbying group saying its work is over is ludicrous. There is still so much work to be done and so many issues to be resolved both now and for what might come in the future.

So with thankfulness and relief I was happy to see some people, including folks from the former Pride Agenda, try to create a new lobbying group Equality New York.  They have my heartiest wishes for success. I also hope that they don’t make the same mistakes as Empire State Pride Agenda did.

In 2002 when I retired from the New York State Crime Victims Board I was honored to get an award from the New York City Anti-Violence Project.   Doing claims investigation for LGBT crime victims both upstate and downstate I saw an incredible difference between the large metropolitan areas with an organized gay community and some small town where being gay is still “a love that dare not speak its name.”

I recall an assault in the village of Livonia, New York in Livingston County where the only reason I found out it was a bias anti-gay attack was because the victim/advocate the in DA’s office was from that village and knew the story.

Empire State Pride Agenda was always money hungry.  They cut off relations with WNY because the Buffalo Brunch wasn’t bringing in enough cash.   If the great metropolitan area of Buffalo was cut because it wasn’t giving them enough Benjamins then what hope for support could a little place like Livonia in Livingston County have?

We saw from the results in this recent presidential election how a progressive message of inclusiveness fell on deaf ears in the rural areas of Upstate New York.   Yet that is where out battle has to be won.   At least there’s a gay community in Buffalo, Rochester, Syracuse etc. to be connected to if one wants.    Where could that young man from Livonia turn for support in his crisis?

That message of inaction from Empire State Pride Agenda was “we can’t be bothered with you.”   Yet being gay is the loneliest feeling in the world in these small towns.  It’s why so many young people can’t wait to get out. Hopefully some of our larger LGBT organizations and foundations will help Equality New York and one way they could help is funding for one or more organizers whose job it will be to search New York State’s hinterlands for an LGBT community and help nurture it.   Just the fact that someone actually cares what is going on in our state’s Livonias would be received with indescribable gratitude.

These are the folks that will spread our message in that region, maybe convince some hard case

Republican Senator that our LGBT lives are real and our issues have merit.  Or organize to kick them out if they’re not convinced.   Maybe they’ll look beyond the votes the Conservative Party gives them
in the fall or the nodding approval of various fundamentalist churches in their districts.   After the last election this is a message that has to reach the small towns.

We have to give all the LGBT young people in this state who are living and trying to survive in our Livonias of New York State a sense of pride and the knowledge that someone actually cares about them and the struggle they have. 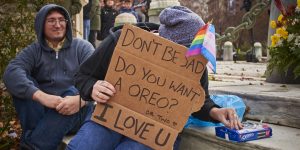 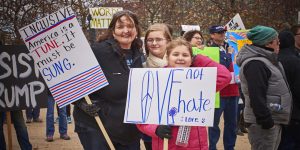