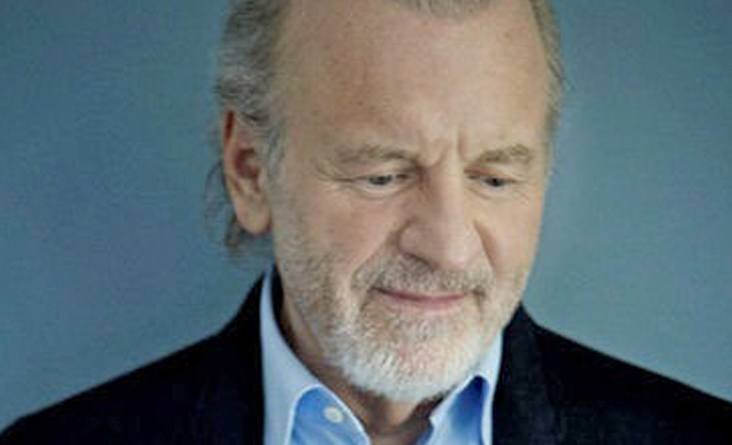 Colm Wilkinson, the Irish-Canadian star of London and Broadway returns to UB’s Center for the Arts on Saturday, November 26th at 8 p.m. along with a seven-piece band to perform a concert called “Broadway, Christmas W& Beyond.” Wilkinson originated the role of Jean Valjean in Les Miserables and was actually the first performer to sing the title role in Andrew Lloyd Webber’s The Phantom of the Opera while the landmark musical was still being developed.

It is guaranteed that during this evening of music and stories, Wilkinson will perform the two songs with which he is most closely associated, “Music of the Night” from Phantom, and his signature song, “Bring Him Home” from Les Miserables.

Some performers chafe when their fans demand to sing the same tunes at every concert.  Speaking to Wilkinson by telephone I ask about his feelings toward these two songs, which he has sung thousands of times.

“I never tire of singing them!” he insists. “Unlike in the West End or on Broadway, with a concert schedule, it’s not as if I perform them every night. When I return to these songs, they are always fresh again. And they are, after all, great songs to sing – and who wouldn’t enjoy the audience reaction!”

A colossal hit, Les Miserables, which has been running continuously in London since 1985, inarguably changed Wilkinson’s life.

“We had no idea that the show was going to be such a big success,” says Wilkinson. “In fact, many people don’t know that in London, the show was not well received by the critics at first.  It was panned. It was the audiences who embraced the show and made it a success.  Very quickly, we were booked a year in advance. That was very gratifying, and I feel very lucky. In New York, on the other hand, we got rave reviews all around – with the exact same show! You never know what is going to happen. After that, I never read reviews anymore, because if you believe the good ones, you have to believe the bad ones.  I just listen to the audience!”

Wilkinson enjoys performing at UB’s Center for the Arts, where he has appeared a number of times.

“It is a very warm hall,” he says.  “It seats between 1,500 and 2,000 people, which is not so large that you lose a feeling of connection to the audience.  It feels very intimate, actually, and I really like to feel connected to the audience. I don’t just sing. I tell stories, and some corny jokes, and I like to hear the audience reactions and participation.  And for the music, yes, I sing ‘Bring Him Home,’ but you will also hear some show tunes, and some Beatles songs, some country, and some rock ‘n’ roll. I like to mix it up. I want the audience to feel as if they are at what we call a céilí [pronounced KEL-lee], where everybody just gets together and has a great time!”

Wilkinson reveals one special treat for the evening. He will perform Leonard Cohen’s “Hallelujah.”

Cohen, the great Canadian singer, songwriter, poet, and novelist died last week at the age of 82. Wilkinson knew him.

“I was very upset by his death,” confides Wilkinson. “He was such a humble man. He had such intellect. He was erudite, and dear, and warm, and yes, he was flawed – he was truly human.  And when he died, I thought I just have to do this!”

Wilkinson has long kept a rigorous concert schedule. He reveals, however, that audiences should not depend on him keeping this up forever.

“I have really been thinking about getting back into the studio and recording some of my own material,” he says. “I enjoy touring. I will be back in Ireland in a few weeks, and I always enjoy the hometown welcome I get there. But I have really been thinking that I should stop for a while and focus on my own songs. I will have to think about that.”

In the meantime, fans have at least one more opportunity to visit with the remarkable Colm Wilkinson at UB’s Center for the Arts.  Prepare to sit back and enjoy a real céilí!