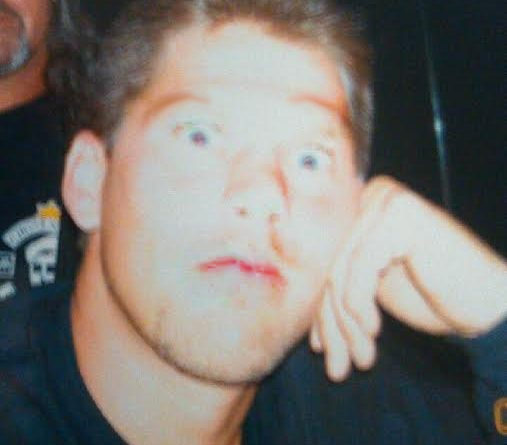 Last week we wrote about an apparent miscarriage of justice perpetrated by former Assistant US Attorney Anthony M. Bruce as he prosecuted 20 innocent men who were members of a Depew, NY motorcycle club called the Chosen Few.

Bruce saw his case fall apart as his informant David Ignasiak was revealed to be a serial liar, a drug addict, a criminal ready to prompt men to potentially injure, even murder each other, and was possibly coached to lie.

The story will need to be told in installments over weeks.

This week we will preview some of what we learned.

In some indictments, Bruce refers to defendants by their first and last names and sometimes adds a nickname.  Ironically, Bruce seems to have picked up a nickname himself which is used by some of his victims.

Among other information we learned this week is that Ignasiak was known to be unreliable by law enforcement long before the indictments of the 20 innocent men.

Part of the case against the Chosen Few was that they allegedly used pipe bombs, or as Bruce once called them, “Molotov Cocktails,” to attack rival gangs.

Bruce brought charges against the president of the club, Alex Koschtschuk, and other members of the Chosen Few with conspiracy to possess, test and throw pipe bombs – charging some with attempted murder – at the clubhouse of the Lonely Ones, a motorcycle club in Blasdell.

Bruce knew these “pipe bombs” were m80 firecrackers, as we shall show in future stories.

No one was injured by the firecrackers.

As part of their investigation, the federal government bugged the Chosen Few’s clubhouse in Depew. A law enforcement source told us they heard “Lots of ‘felony talk’ but no felonies. Guys talking tough. (Bruce) was trying to make something out of it. He wanted to get a motorcycle gang. One time someone’s girlfriend asked one of the guys to bring home a watermelon. An agent said, ‘that’s code for cocaine.’ But it wasn’t. The guy really brought home a watermelon.”

After years of listening, there was no record of drugs being sold. One guy was caught on tape with a girl. Except for Ignasiak, who was high as a kite on cocaine, no one used hard drugs.

Ignasiak constantly tried to induce Chosen Few leaders to commit acts of violence where he could participate. He told the leaders he wanted to prove himself and rise to a higher rank in the club. Failing to get anyone to commit an act of violence, Ignasiak used a knife to cut up Chosen Few tents at Como Park in Lancaster and put the Kingsmen’s initials on them.

It was hoped that a feud might prompt some violence and Bruce could be rewarded.

According to an agent working on the case, law enforcement knew Ignasiak knifed the tents.

“I tried to tell agents, ‘Look, you have to control your informant, you can’t let him control you,'” the law enforcement agent said.

When even that failed to provoke violence, Ignasiak, wearing a wire, inveigled three Chosen Few members, Bradley Beutler, Paul Roorda and Martin Whiteford, to take a ride with him to hunt down a Kingsmen, Eugene Siminski, and beat him up.

Siminski was spotted at a red light. The men, led by Ignasiak, got out and hit Siminski with the handle of an ax, but not very hard.

Siminski got up and rode away on his bike.

But Ignasiak delivered the proof that Bruce wanted – a recording of an assault by the Chosen Few on a member of the Kingsmen. This was racketeering and conspiracy at last.

While it was clear from the tape that Ignasiak led the attack, during the Grand Jury proceedings [April 28, 2009], Bruce examined FBI Special Agent Jensen on the axe handle assault of Siminski as if Ignasiak was hardly involved.

Bruce: “My understanding, Mr. Ignasiak was along for the ride but did not participate in the incident?”

FBI SA Jensen: “Yes, in a manner of speaking.”

That “manner of speaking” is called in less polite circles as “lying.”

Yes, AUSA Anthony M. Bruce did what he has done 1000 times: He deliberately elicited false testimony from a witness, in this case Jensen – who was a young and inexperienced agent at the time.

But it gets more disturbing.

We were told by law enforcement – honest men disturbed by the criminal acts Bruce and Ignasiak conspired to do – that Ignasiak was paid on at least two occasions, $40,000 each time, in cash, in a bag.

The first time Ignasiak was paid, he was busy committing crimes for the government which were meant to provoke a feud between the Chosen Few and the Kingsmen and/or the Lonely Ones.

Ignasiak was paid another $40,000 in cash on the day before the raids that led to the arrest of  members of the Chosen Few, according to our source.

In the spring of 2009, Bruce indicted 20 members of the Chosen Few, charging them with federal racketeering in connection to feuds with the Kingsmen and the Lonely Ones, feuds which Ignasiak got paid at least $80,000 to promote.

While Ignasiak was instructed by Bruce to take the money and go on a vacation, it was now Bruce, the “serial convictor,” who would finish up the task of ruining people’s lives.

Koschuk and Beutler were held in prison for 31 months without bail before charges were dropped. 18 other men were indicted and arrested.

Every one of these men had a family and a job. Everyone of them had to hire attorneys, mortgage their futures and face false charges.

In the coming weeks we will bring before our readers witnesses who say they were coerced by Bruce to perjure themselves or face prosecution.

Bruce allegedly coerced one man to give false testimony which put a disabled man in prison for years, because Bruce wanted to coerce the disabled man’s father to take a plea deal.

It is a shocking story which we will tell in due course.

As Jason P. Mackon admitted, he was instructed to lie.

“I did not feel threatened or intimidated by Chad Koshuk,” Mackon wrote “… I felt … intimidated by the federal government… I did not want to testify against him… but I was told … if I did not cooperate with them… I would be indicted. This is the reason I did and said what was instructed to say by authorities.”

Bruce himself was all but accused of lying. Magistrate Judge Jeremiah McCarthy wrote. “While I am reluctant to conclude that… an Assistant U.S. Attorney may have knowingly elicited [false] testimony, the evidence submitted to me thus far is troubling, to say the least.”

And when Magistrate Judge McCarthy gave Bruce an opportunity to show the grand jury minutes to prove he hadn’t lied, Bruce ignored a court-imposed deadline.

“The untimely production was not an oversight, but instead resulted from the government’s conscious decision to disobey my order as written, and roll the dice,” McCarthy said in his decision.

Sources tell Artvoice that Bruce claimed that three days of grand jury minutes were lost or misplaced.  It is not known how often federal prosecutors “lose or misplace” grand jury minutes, but the sources tell us that had these grand jury minutes been produced, based on what the Magistrate judge and the defense lawyers, Paul Cambria, Joseph LaTona, Herbert Greenman, and Angelo Mucitano might piece together, it would have revealed Bruce had perjured himself and induced others to do so in the grand jury.

Sources tell us that the reason the case was dismissed is that US Attorney William Hochul realized that Bruce might face criminal charges and embarrass the office if they did not get out of the case fast.  In fact, we were told Bruce was advised to retain a criminal lawyer. It is not known if he did or who the lawyer was.

In the end – with Bruce facing disbarment and/or criminal charges, and the entire office ready to look like imbeciles or worse, Hochul made application to Judge William M. Skretny to dismiss the entire case.

In the meantime, 20 men, their wives and their families had years torn out of their lives. People lost their homes, their jobs. Three men sat in jail. Some relatives died while their loved ones waited to clear their names. Promotions were lost. People lived in tension and suspicion.

As one law enforcement officer who worked on the case said, “I’m wondering why they didn’t criminally charge Anthony Bruce? He is a s—-.  Our department had heard about him for years. He was corrupt. Bruce’s goal was to get a biker gang … The Hell’s Angels, the Outlaws, the Kingsmen, they were all much worse than the Chosen Few. But he didn’t care. He thought they would all take pleas and one would rat out the others.”

The remarkable thing is that no one did.

They were men – those 18 who held out – from the Chosen Few.

They didn’t lie for Bruce.

They are the patriots.

Their heads are bloodied but unbowed.