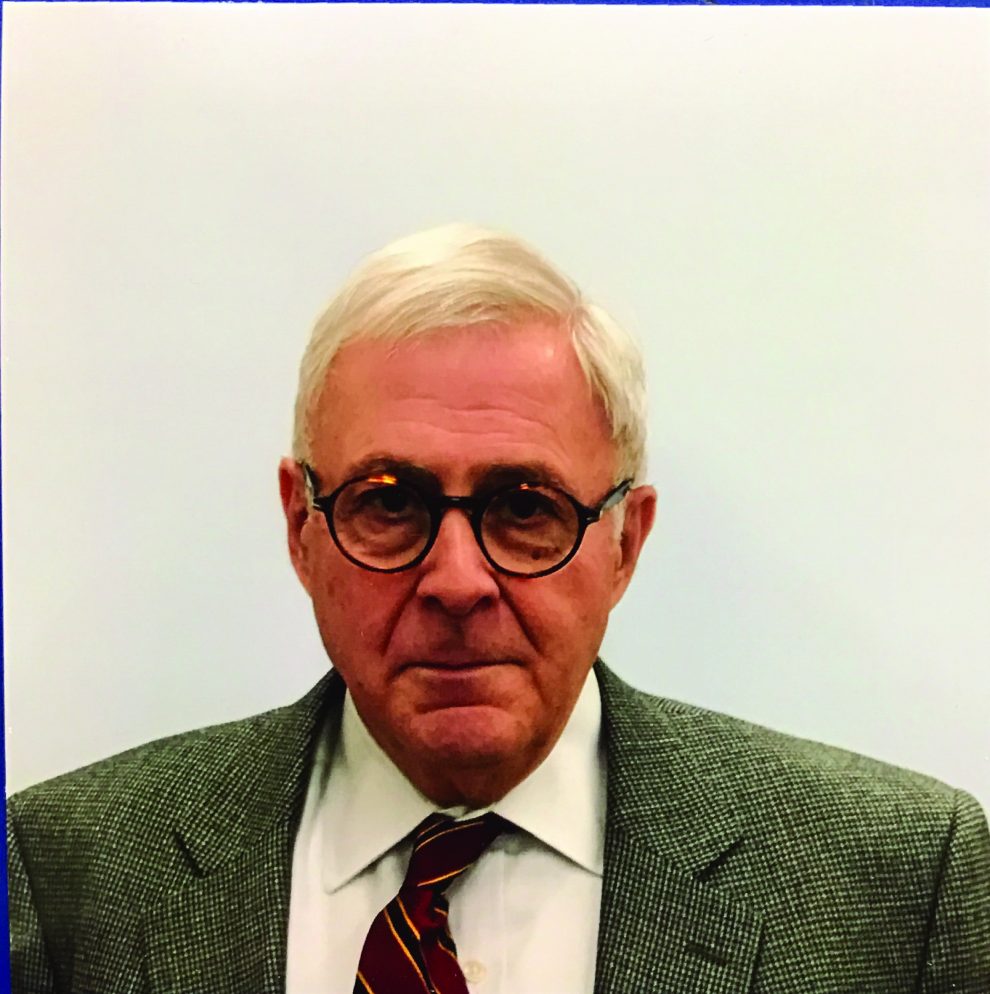 While calls of victims keep coming in….

This week, instead of an in-depth story of another case of prosecutorial misconduct committed by the notorious former Assistant United States Attorney Anthony M. Bruce, a slight retrospection is in order.

Since I began advertising for people who allege they were victims of Bruce, the day does not pass when someone doesn’t call and tell a story of how, they say, Anthony Bruce destroyed their life, or the life of someone they knew.

While sometimes you hear something that seems funny, it is not really funny when you think of the deeper meaning of the thing, like, for instance, that some of Bruce’s victims refer to him as “Brucifer.”

During the past few weeks I have published stories of his perjury, and his high crimes and misdemeanors which, because of his special status as an Assistant US Attorney Bruce got away with during a brutish career spanning nearly four decades.

This week has been one of especial pathos. One would have to be a cold-hearted person indeed to keep taking these calls and hearing the stories and not feel a little bit of their pain – the shattered lives of innocent men and women whose stories are so bitterly alike that they make you shiver to hear them so flushed with pain.

Some of the callers are ready to go on the record. Some need to be persuaded that it is in the interest of justice to not let old “Brucifer” get away unscathed with tarring their name to their deathbed.

Some won’t give their names. Others just want to tell their stories, bottled up inside for many years. Even those who were acquitted, they’re still afraid. They know of his power to destroy innocence.

The most sorrowful stories are some of the women, wives, daughters and mothers. Their husbands, fathers and sons had the ax hanging above them, waiting to be acquitted, tempted a thousand times to take the plea he dangled before them and escape the torture.

I can’t seem to get over the shocks of injustice, where this man went freewheeling loose and easy though life, as others went to hell to suffer, and some to their graves, as the years pass and shadows deepen. You wonder if there’s justice, as Anthony Bruce goes along gaily, committing sins against his fellows, two by two. Will he never pay for them, one by one?

He was at his sinful craft for 38 years, indiscriminately putting the innocent and guilty alike in prison, using the power of the federal government as his knife, without a moral compass to bother to carve out the distinction of who was innocent and who was guilty. If justice is blind, Tony Bruce had the keenest vision.

This week was worse than the rest. One after another I received calls and, when they call, as soon as I pick up the phone, I know – another victim.

This week, one after another, they got on the phone and cried. One of the saddest stories was that of a woman who remembered her father. Bruce went after him. Her father wasn’t an angel but he wasn’t a devil either and Bruce overcharged him. A “Tony Bruce special”. Dad was convicted and sentenced to a dozen years for nonviolent, victimless crime.  When the old man heard the sentence he shook his head and hugged his daughter.

Prison must not be so bad if your family can come to visit. But Bruce had a feud with the old man (it’s a matter of public record), and arranged to have him sent to another prison far from his home, his daughter said. From one prison to another. He would get settled in one and get a doctor and his medicine straight, and then they would move him again, each time farther away. When she talked to him on the phone, she knew he was getting sicker and weaker.

Then one day, the daughter got a call from the prison: “You better come right away if you want to see your father alive.” She rushed to the airport and took the next flight to California, only to find that he had died about the time she got on the plane.

And there was another call this week, a man charged by Bruce based on the perjury of a paid informant.  The case was dropped. Without giving too much away, for we will tell it later, Bruce’s paid informant, according to witnesses, did a bit of fraud with a certain employee of the Department of Justice for the latter’s financial benefit. If you did what he did, my friend, you would be indicted as fast as you could say “Jack Ketch.”

This was no secret by the way. It was widely talked about, one of those dirty little secrets that insiders know. It was all about to come out in the wash, as they say, of how Bruce’s paid, crooked informant cooked up fraud with a federal agent. It may have been coincidence, but the US Attorney suddenly dropped the case against the innocent men.

So this poor guy who called me said he had been one of the innocents (he was indicted but the case was dismissed), and he had been through hell before all the charges were dropped (while Bruce and the informant and the agents were having a riot – a Tony Bruce special). And the innocent man told me his story (he is innocent since he was not proven guilty). The agents came to his home with a morning surprise, a raid, with guns to his head and his wife’s head and his children’s head (here he cried as he thought of the agents with guns on his babies) and then they shot his dog, a Golden Retriever, who was resting on the bed.

He lost his job and his house. He was placed on a terrorist list (where he remains to this day arising from his indictment). He went from middle class working ‘Joe’ to unemployed, branded criminal. Front page headlines when he was arrested, and back of page B-9 when the case was dismissed. But his case was dismissed!

In the case of Bhavesh Kamdar, I received an email.

Another Anthony Bruce special – with double jeopardy, too.

Kamdar, a Hindu man from northern India came to America to work in the environmental remediation services business.  He secured a contract with New York State, successfully completed it and sometime afterward was sued by the state for fraud. The complaint wound up being dismissed on appeal.

Meantime, at the US Attorney’s office, Anthony Bruce begun an investigation and Kamdar went back to India.

On the road to his indictment Bruce went through a convoluted distorting of the grand jury process, presenting a case against Kamdar to two Grand Juries at the same time. However, it was a third Grand Jury, which did not hear any direct testimony from actual witnesses, that returned an indictment based solely upon the summary presented by an agent.

Bruce would not even confirm whether the Grand Jury had read, or even had access to, the testimonies before voting on the indictment.

He charged Kamdar (who was in India) in a 30-count mail fraud and money laundering indictment and of defrauding the New York State Office of General Services.

Kamdar agreed to return to the US to defend against the indictment, and was taken into custody by special agents at JFK airport. In Brooklyn, he was interviewed by an officer of the U.S. Probation and Pretrial Services System, Amina Adossa Ali, in order to make a recommendation to the judge for bail.

Just prior to the detention hearing, in the courtroom of the Honorable Magistrate Judge Hugh Scott, Kamdar’s attorney Joseph Sedita noticed that the pre-trial report seemed to have been altered from “moderate bail” to “stringent bail”.

This was terrifying for Kamdar, for stringent bail might make it impossible for him to get enough money to post bail and he would languish in prison possibly for years awaiting trial. Sedita confronted Bruce and Bruce said that Tina Blackman, a pre-trial services officer in Buffalo, altered the report under his direction and that such an off-the-record directive by Bruce was routine.

When they went before the judge, Sedita raised the issue. Magistrate Judge Scott questioned Bruce, who then perjured himself and claimed to be unaware of the alterations.

Flummoxed, Bruce asked for an adjournment and requested that Adossa Ali, the pretrial services officer in New York, be questioned.

That evening, acting US Attorney Kathleen M. Mehltretter called Sedita. Realizing Bruce had committed the crime of obstruction of justice, she offered to agree to “moderate bail’ for Kamdar (as opposed to going before a Magistrate the following day) and Sedita, in the interest of his client, accepted the deal and Bruce got away.

The list of lies and perjury committed by Bruce in the Kamdar case will be addressed another day.

He “counseled” the most important witness for six hours, which resulted in the reversal of his earlier testimony. It would have been perjury (and witness tampering) had it not been done for (and by) Anthony Bruce.

Yet despite it all, Bruce failed to keep Kamdar in prison without bail while awaiting trial and failed to convict him at trial. There was a hung jury.

Bruce wanted to retry the case, but the Hon. Richard J. Arcara, the US District Court Judge granted the defense’s motion to dismiss the indictment finding that the government’s proof did not establish a violation of the crimes charged.

Despite Bruce’s best efforts Kamdar was a free man.

With years torn from his life, his finances in shambles, Kamdar returned to India where even the Thugs or Dakaits or all the Asuras would look honest compared to that man.