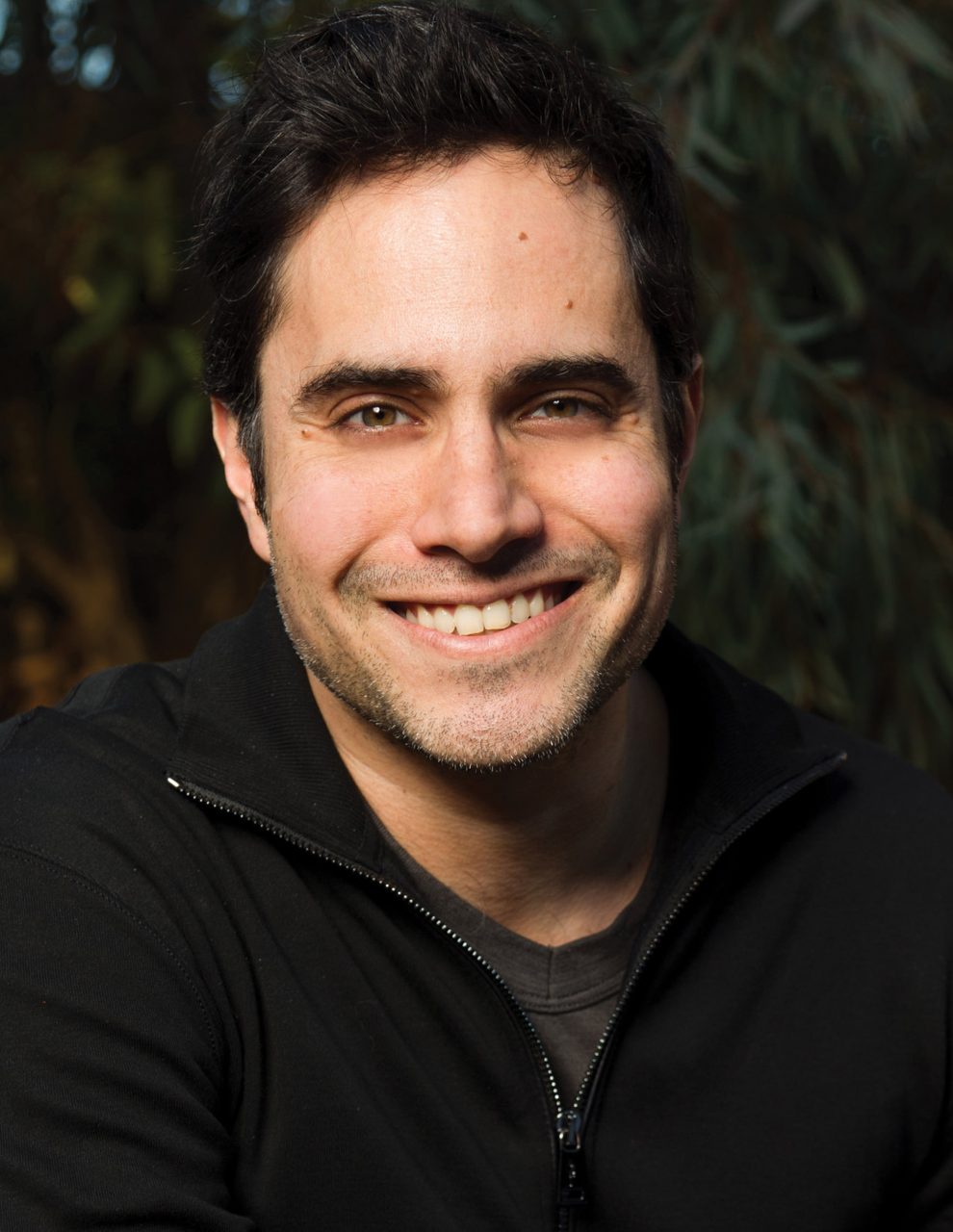 Rajiv Joseph is a playwright whose work has invited every superlative. The author of Bengal Tiger at the Baghdad Zoo, Guards at the Taj, and Gruesome Playground Injuries, his plays truly are exciting. They really are innovative. They are entertaining. They are clever. They are insightful. Mr. Joseph, a Pulitzer Prize finalist and Obie Award winner, really is one of the most powerful playwrights of our time.

Mr. Joseph is now in Buffalo to participate in the national playwright residency program at Road Less Traveled Theater, where he is working on his newest play, Archduke, previous to its world premiere at the Mark Taper Forum in Los Angeles, later this year.

Gruesome Playground Injuries was a hit comedy about a couple who bond over the injuries of their pasts. In Bengal Tiger at the Baghdad Zoo, Robin Williams played a mortally wounded tiger in war torn Baghdad. Guards at the Taj explored the legends surrounding the construction of the Taj Mahal in 1648.

The new play, Archduke, “is a fictionalized  and darkly comedic account of the sinister conspiracy leading to the assassination of Archduke Franz Ferdinand, an act which sparked World War I.”

According to the press from the Center Theatre Group in Los Angeles, the play follows “Three strangers, poor, alone, and adrift, each receive a death sentence in the form of a tuberculosis diagnosis. But being young men with nothing to lose makes them the perfect recruits for The Black Hand — a secret organization looking to strike a blow in the name of Serbian nationalism. Set against the backdrop of the 20th century beginning to discover its identity, and with Joseph’s signature dark humor, Archduke draws parallels to our own troubling times and asks: how (and when) does a century define itself?”

The play was awarded a year of development support through RLTP’s inaugural National Residency program, for RLTP received applications from 106 playwrights from all over the United States.

Buffalo gets a sneak peek on Saturday, when a group of Buffalo actors will read the work in the Flexible Theater at Buffalo State, as part of the Road Less Traveled workshop. Mr. Joseph will be in attendance.

Artvoice sat down at Road Less Traveled Theater on Pearl Street to talk with Rajiv Joseph and director Scott Behrend.

ARTVOICE: WHY ARE YOU IN BUFFALO?

I am here as part of this great residency program that Scott [Behrend] has provided for new works.  I am working on my new play, Archduke, which will open in Los Angeles at the Mark Taper Forum in April.  I’ve been working on this play for a couple of years now. It’s a commission with the Center Theatre Group in Los Angeles and I’m very excited to have this opportunity to develop it here. This is coming at the perfect time for me, because I am still rewriting the play. I am still figuring out key moments.  So to have this opportunity to work with actors, to work with a director like Scott, and to work with the staff here, who are all terrific dramaturges and have been giving me terrific feedback.  It’s been really useful.

The regional and then our national playwright residency program evolved from the Emanuel Fried New Play Workshop, so now we have five playwrights in our regional residency, and this is our very first national residency.  The purpose of the residency is to provide a playwright with the necessary resources, to finish their play or to take their play to a production-ready level.  Originally, Rajiv had another piece that we were going to work on, but we have benefit of being able to be flexible, so when he said, ‘Well, actually, I was just in Serbia and in Russia doing research for this other play.  This is the next thing in my queue and what I really need to work on.’ I thought, ‘Wow! This is a great opportunity,’ and we were able to jump in at that level.

ARTVOICE: VIOLENCE SEEMS TO BE A RECURRING THEME IN YOUR PLAYS.  COULD YOU TALK ABOUT THAT?

Violence interests me for a couple of reasons.  I am interested in injury onstage as it can be theatrically imagined.  Whether it’s a play like Gruesome Playground Injuries in which someone in every scene has an injury that they have already endured, or if it’s Guards at the Taj, where the stage is covered with blood.  Just from an aesthetic point of view, there is something about it that appeals to me, visually, but also as a storytelling device.  As in, ‘Something terrible has just happened!  What is the story behind that?’  Basically, an injury means that a character enters with an immediate history that has to be explained.  But I think, also, that I have tended to drift toward plays that have dealt with political or historical moments that are dangerous, in which the world was changed. So violence comes with that. That said, this play is about an assassination, but there is no violence in the play! There are places where I touch on it; for example, in the first scene, the character has a black eye, but it is never really explained.  And all the violence happens in pantomime. There is no actual gun on stage.  It is all about the characters thinking about violence.

ARTVOICE: YOU ALSO SEEM TO BE DRAWN TO NON-REALISTIC THEATER.