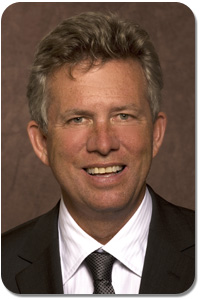 I was called by a pollster last week about the Democratic Party primary for Mayor of Buffalo, but the questioner couldn’t say who commissioned the poll.

I was presented with five names in the primary contest, chief among them were Lt. Governor Kathy Hochul and school board member Larry Quinn.  Also mentioned, but to a lesser extent among two dozen or so questions, were County Legislator Betty Jean Grant, Council President Darius Pridgen, Comptroller Mark Schroeder, and of course Mayor Byron Brown.

It seems clear enough that the only contender with the resources to conduct such a poll this early in the process is either Mayor Brown himself, or the State Democratic Party. That the poll postulated scenarios with these five names is telling.

It might suggest that Brown, or officials with the party,  are  worried about the viability of his reelection effort in light of depositions made his former Deputy Mayor Steve Casey, implicating the Mayor may be soon more deeply mired in a corruption scandal.

One might speculate that the Democratic Party establishment is concerned about Brown dropping out and Hochul may be seen as a replacement option. Such a departure from the Lt. Governor’s office would have to be architected by Gov.  Andrew Cuomo himself.  Some political operatives are speculating that Cuomo might appoint Brown his Lt. Governor to help the Mayor save face, while essentially anointing Hochul the next Mayor.

Not mentioned in the poll was preservationist Terry Robinson, a former police officer and a graduate of Princeton University who is planning to announce his candidacy for Mayor on March 2nd.  Robinson sits on the City’s Preservation Board and is on the Board of Directors of Preservation Buffalo Niagara.

There is unlikely to be a Republican contender in the race, though some activists have called on Carl Paladino to participate in the general election contest.

Mayor Quinn is a name worth conjuring.

Quinn graduated from Canisius High School, earned a bachelor’s degree from the University of Notre Dame, was director of development and commissioner of development of Buffalo, was a developer in Manhattan and Princeton, New Jersey, president and CEO of the Buffalo Sabres NHL hockey team in 1996 -98, the Sabres managing partner in 2004, part owner in 2008 and sold his interest in 2011. In 2014 he won a seat in the election of the Buffalo School Board as an At Large member and had the highest vote total of all candidates.