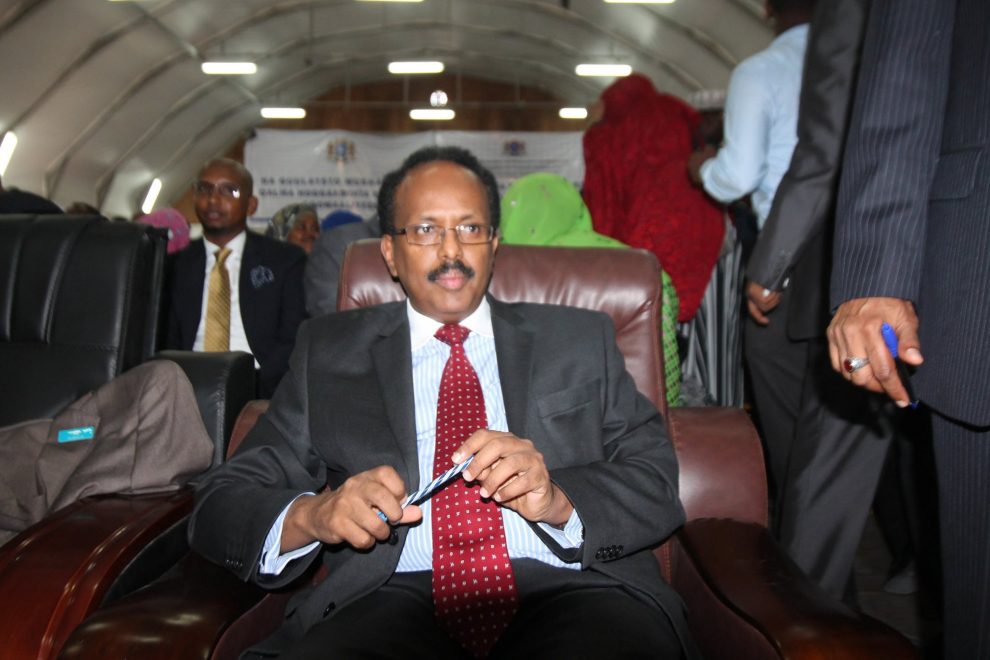 The war-torn nation of Somalia, located in the Horn of Africa with an estimated population of 12.3 million, has elected a Grand Island man with dual Somali-U. S. citizenship as its first president in decades.

Mohamed Abdullahi Mohamed, who worked on former Erie County Executive Joel Giambra’s campaign in 1999 and later worked for Giambra on affirmative action compliance, won the presidency of the East African country in peaceful voting by parliament amid heavy security.

Giambra, who remains close to Mohamed and his family who still reside on Grand Island, said Mohamed is a “man of high integrity and great compassion who is determined to eliminate terrorism.”

The former county executive said Mohamed’s first objective is to bring peace, stability, and economic opportunity to the people of Somalia, one of the seven Muslim-majority countries listed in President Trump’s travel ban last month.

“This is a great opportunity for the people of Somalia, the people of the United States, and people around the world because Somlia is a breeding ground for terrorist activity and the best way to stop terrorism in the U. S. and elsewhere is stop the terrorists from leaving Somlia, and he [Farmajo] understands that,” said Giambra, adding that Mohamed’s position as a world leader presents a great opportunity for him to work with President Trump in the war against terrorism.

Mohamed lived in the United States since 1985 and served for less than a year as Somalia’s prime minister in 2010-2011.  He holds degrees from UB and worked briefly for the State Department of Transportation in Buffalo after leaving his compliance position with Giambra.

“This is a victory for Somalia and the Somalis,” Mohamed told lawmakers after he was sworn in, vowing to fulfill his campaign promises to improve security, education, democracy and the economy.