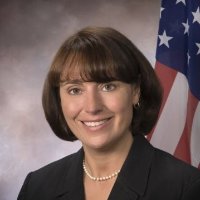 Two of the nine deputies named in a wrongful death civil suit by the family of the inmate who died while in the custody of the Erie County Sheriff’s Dept. in November of 2012 will have their own lawyers, according to the attorney hired by the county to represent the deputies in the civil action that also names the county as a defendant.

Jennifer Persico, an attorney with the Buffalo law firm of Lippes Mathias Wexler Friedman, tells Artvoice that Robert Dee and Matthew Cross will have their own attorneys in the civil action filed by the family of Richard Metcalf whose death has been ruled a homicide by the state Commission of Corrections in a report issued last October.

“While we can’t comment on the specific facts of the case, the rules of professional conduct require the retention of individual counsel where there is even the appearance of potential conflict,” said Persico.

The state report said that Metcalf’s death “was a homicide caused by the restraint methods used by deputies.”  Metcalf had been originally arrested by Depew police on Nov. 27 of 2012 on burglary charges  before being brought to the Erie County Holding Center where he was held briefly before being transported to the Erie County Medical Center where he was prounounced dead on Nov. 30, 2012.

On Wednesday, State Supreme Court Justice Christopher Burns granted a motion by Erie County DA John Flynn to appoint a special prosecutor to investigate Metcalf’s death because of a conflict in his office as a member of the DA’s staff is related to Deputy Dee.

Justice Burns has named Cattaraugus County District Attorney Lori Pettit Rieman to conduct that investigation and her office declined to comment when asked about the assignment on Wednesday.

“I’m pleased that the DA Flynn has determined that this matter should be further investigated based upon the conflict of interest in his office,” said attorney Tom Casey who represents the Metcalf family, “and I respect that his request to transfer the matter to an independent agency, and in this case the Cattaraugus County DA, has been granted by Judge Burns.  We will cooperate in any way we can with the Cattaraugus DA.”